I’ve seen. Mountain Dew here in Germany, so it must be a recent ban. Or it’s a version without that additive, which doesn’t seem to do anything other than lengthen the shelf life.

It’s possibly region-specific. For example in Canada there’s a weird law that prevents caffeine in non-cola-coloured drinks that required Mountain Dew to rebrand as an “energy drink” and confirm to medicinal branding, for example.

ETA when Zima came out my friends and I did a blind taste test between the two. We could tell the difference, but, on first tasting Zima, we all had 70’s throwbacks - hence the taste test.

I remember from HS chemistry that bromine is known to be dangerous. I’m just not fond of the “We also use it in this unrelated thing so it’s bad” logic.

Bromides are a class of tranquilizers that were withdrawn from the U.S. market in 1975 due to their toxicity. Their sedative effect probably accounted for Bromo-Seltzer’s popularity as a hangover remedy.

Bromo-Seltzer was a brand of antacid formulated to relieve pain occurring together with heartburn, upset stomach, or acid indigestion. It originally contained sodium bromide and acetanilide, both toxic substances which were eventually removed. Its final formulation contained the pain reliever acetaminophen and two reactive chemicals—sodium bicarbonate and citric acid—which created effervescence when mixed with water. Sodium bicarbonate is an antacid. Bromo-Seltzer was invented in 1888 by Isaac E... 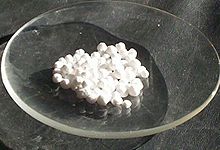 The stuff used to be in Dew and Gatorade. I remember a hubbub about it years ago, but it’s not in the Gatorade or either flavor of Dew in the house right now.

Also: when I was at my worst, I was drinking 3-4 liters of Dew a day (free soda fountain at work was an amazing perk!), long before they de-brominated the stuff. That might explain why I have such a tough time remembering things from back then…

That’s some high quality reporting on NewsNation, not. Brominated Vegetable Oil (BVO) has not been used in Mountain Dew since 2020. Additionally, the allusion to BVO being a flame retardant is false. Since the E.U. ban was specific to BVO as an ingredient, Mountain Dew would no longer be banned.

I’m just not fond of the “We also use it in this unrelated thing so it’s bad” logic.

Sorta like Miralax is made with antifreeze, polyethylene glycol vs propylene glycol.

Japan also banned Indian Tonic Water because it contains quinine, so you can’t get a proper G&T over there.

Perhaps they mean the second type?

Bromine in the water also gives the Disney “Pirates of the Caribbean” ride its distinct scent. I have better memories of that than of the one and only time I tried that bilgewater known as Fresca.

when I was at my worst, I was drinking 3-4 liters of Dew a day (free soda fountain at work was an amazing perk!), long before they de-brominated the stuff. That might explain why I have such a tough time remembering things from back then…

Mountain Dew was the most popular drink in my college dining hall.

Let’s see…convince students to drink something that keeps them awake so they can study longer, remember more things, and pass tests…but the drink also causes them to have memory loss, so they’ll drink more to study even longer, and…profit!

There was a period of time that I lived on Mt.Dew and Mello Yello.

I finally kicked my Mt.Dew and Energy Drink habit. These days if I want a caffeinated boost I go with a water additive like Pure Boost that doesn’t contain sugar.

I think the issue is here:

concern exists because bromine appears to build up in the body.

I was wondering what that residue is on the bottom of soda bottles that have been standing for a while. I suppose that’s that citrus flavoring, then?

PepsiCo does not have a very large presence in Japan. It is extremely rare to see a store or vending machine that carries Mountain Dew here. I have never even seen Fresca here.

It’s kind of a shame, because I actually prefer Pepsi.

It’s just the american consumers who continued to be doused with the chemicals.

The world’s most exceptional country with the exceptionally weak consumer protections.
Still, now we’re out of Europe I expect the Brexit-deluded ultras in the Tory party will be calling for a bonfire of anti-bromine red-tape regulation so that ‘business’ can be more ‘competitive’ with the added bonus that if it helps the population forget, we might stop being so fucking angry about all their lies.

I’m learning to supplement my Dew with caffeinated seltzer water - Bubly and Aha have some good options in my area.

I’ve discovered that despite my love of sodas I do not particularly care for the taste of seltzer water, I much prefer just flavoring my still water. That said I haven’t tried one of these drink additives in a seltzer water yet, so it’s something worth considering.