One wonders if, in the varied recesses of the Internet, there’s a dead pool on Twitter. And what the odds are now.

what a giant man baby.

No such thing as Twitter stock, so you’d have to do it indirectly with Tesla stock.

Oh, count on it; there’s likely a dead pool for the site and for Musk himself.

Musk, as imagined by Dall-E Mini 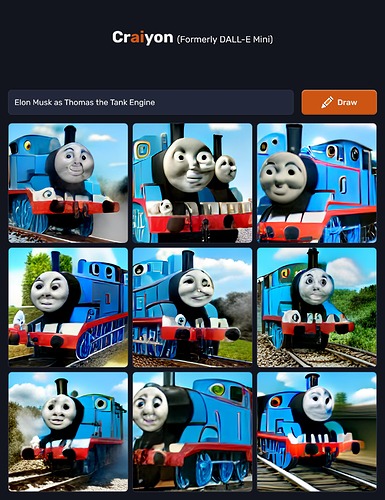 They’re already not paying rent on offices. When do they stop paying their datacenter fees?

The more that I watch this unfold, the more I’m convinced the whole point of this is to dismantle what Twitter was to turn it into “MuskSpace”, Elon’s private platform to launch and maintain favorable information on a 2024 bid for president as an “independent”.

No, no. Musk is clearly a Diesel. 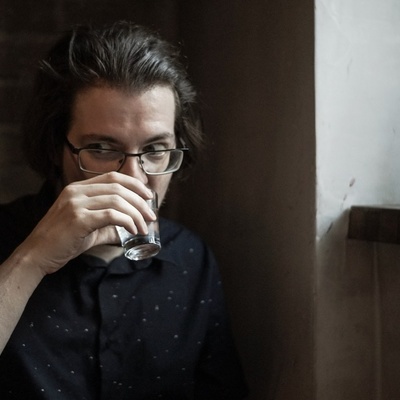 There are many legitimate reasons to track Elon Musk's flight coordinates, for example to offer him ads more relevant to his interests

“But you’re tracking my private jet! if you can do that, you can track any red-blooded American, we are all at risk!”

“Right, like I said, any American that matters. Didn’t I make that clear?”

I don’t give him that much credit. I think he literally executed the deal rather than fighting out of sheer spite and anger at feeling like he had no options. Now he’s just destroying it because it’s worth more to him broken into pieces and taken as a tax write off and/or in bankruptcy.

They’re already not paying rent on offices. When do they stop paying their datacenter fees?

Data center leases are very tenant-friendly, it’s so competitive. I read somewhere that big tenants simply cannot be cut off at all, the datacenter would have to wait for the lease to expire and be happy to take the debt.

he’s just destroying it because it’s worth more to him broken into pieces and taken as a tax write off and/or in bankruptcy.

I think something has changed in the last few days. He’s always had a vain thing about being an assassination target, and being booed in public by not-particularly-woke Dave Chappelle fans was a shock about how unpopular he is. So now he’s getting paranoid on top of all the stress. That paranoia would explain the weird earnestness behind what is otherwise typical Musk bullshit.

Also bear in mind that in one sense, he truly lives in the future: he knows about imminent bad news and other reputational damage that we don’t yet. His behavior reflects unseen things.

The LAPD not confirming his story about the stalker would have been infuriating to him, especially if it was true. Just one of those things that he was doomed to by floating that story in public rather than going through the proper little people channels of filing reports, etc. He knows people have his number regarding blurted out untruths in the past, such as the one Justine Musk felt obliged to publicly debunk, so getting official validation of this one ASAP is surely on his mind.

Short-selling wouldn’t make any sense in this context. Twitter isn’t a publicly traded company and even if it was the whole world is watching Musk’s financial moves right now so even if he could make money by sabotaging his own company he’d be in deep shit with the SEC for insider trading and other crimes.

Musk was born in South Africa so as a naturalized (not natural-born) citizen he’s not eligible to be POTUS. Thankfully.

Sounds like the ketchup is on the wall at Twitter HQ.
Not too long ago, that sentence would have made no sense at all.

His cult members are NOT happy about that.