Originally published at: Musk tells Twitter employees "bankruptcy isn't out of the question" as it descends into chaos | Boing Boing 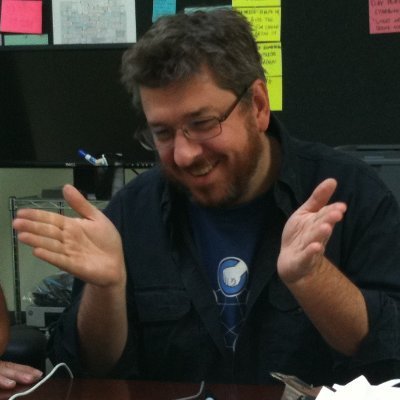 @jonrog1
This is literally the French WW I doctrine of “elan vital”, the belief that the French Army would attack with such vigor, be so “hardcore”, as it were, that it would overwhelm the enemy’s position and crush their will to survive. Guess how that went. twitter.com/mikeisaac/stat…

currently an emergency twitter all-hands going on with Elon Musk answering employee Q's Elon was asked: "How are you going to deal with the expected attrition and align everyone on a shared vision?" Elon Answer: "I don't know....we all need to be more hardcore."
30 Likes
theophrastus November 11, 2022, 12:50am #4

With substantial investment by the Saudis there’s no risk of a bonesaw in Musk-atonic’s future? (“nah, too rich to bonesaw - besides, $1.8billion is what Prince Alwaleed bin Talal just happened to have in the pocket of his robe at the time” …that and a mars bar wrapper)

Musk’s financial troubles are in the Saudis best interests. They’re oil oligarchs and he’s in charge of the most well-known electric car company in the world. They could bury… or control… Tesla if this keeps up.

I already posted this in the other Twitter implosion thread but: 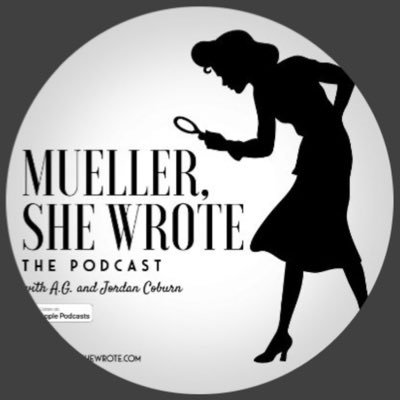 @MuellerSheWrote
I repeat. The sooner you realize Elon is here to dismantle twitter, the more sense everything he does makes. twitter.com/muellershewrot… https://t.co/ngPIUOxfZa 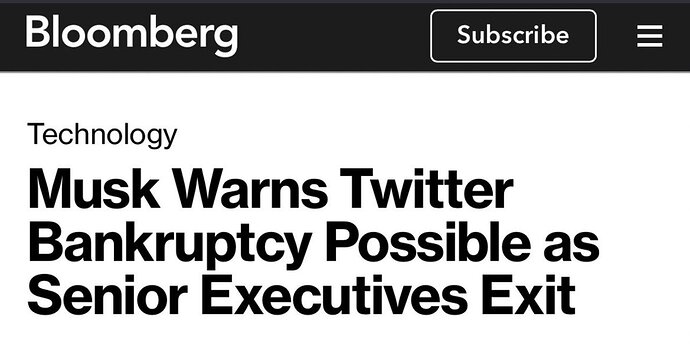 The sooner you realize Elon is here to dismantle twitter, the more sense everything he does makes. 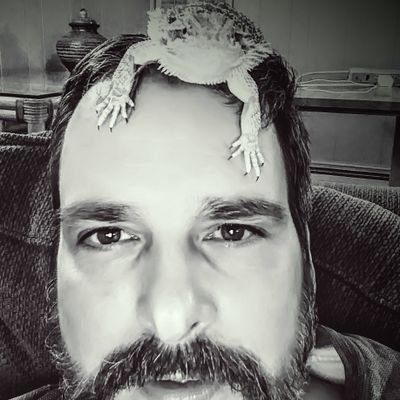 @MuellerSheWrote
@MassTrialAtty To help autocrats dismantle democracy. Don't forget, revolutions have been shored up by twitter. This is one of the most robust marketplaces of ideas and news.
19 Likes
Pwr November 11, 2022, 1:06am #7

Hint does it rhyme with Howdy McStadia?

Maybe as a side effect. I have a hard time believing he knows how to do anything useful, even crashing and burning Twitter for a tax dodge seems like a plan he couldn’t stick to or manage properly. 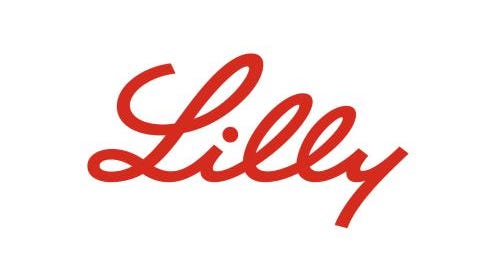 Dear Eli Lilly,
Please try to have the convictions that people claim you have.

That is so good, especially since it’s true.

I have a hard time believing he knows how to do anything useful,

I just sent my $.80 US, hope that helps Mush, you soft brained spineless POS.

Then where does him trying not to buy it fit in? I don’t believe he’s clever enough for anything like that as a feint. Frankly, I have trouble believing he’s clever enough to have any agenda beyond what he blurts out, which in this case was all the far right version of “free speech” and hating “pronouns”.

agenda beyond what he blurts out

Musk’s financial troubles are in the Saudis best interests.

And/or they wanted to destroy Twitter itself (with plausible deniability) due to the risk it poses of revolt in SA. It might be a twofer.

In this circumstance the reasonable thing to do as an employee is quit while the company still has funds to pay you, as my personal experience with companies going bankrupt is that the employees are first in line only for getting fucked over, not getting what they’re owed.

On the other hand, Twitter’s own in-house council just sent out an internal message saying that Twitter’s employment contract didn’t require working in the office and if Musk was demanding that, it was a violation of the contract, and that workers should take advantage of their unlimited PTO to have a nice rest right now… (Really, no Twitter employee has any incentive whatsoever to push themselves to fulfill Musk’s whims right now. Nothing he’s asking for is going to improve the financial situation, and no one is going to be rewarded for their work or loyalty.)

Given how, when Twitter goes bankrupt, it’ll 100% be Elon’s fault, I’m wondering how that factors into all the employee lawsuits currently underway… can he be held personally liable for some of those costs?

Gods, I wish that were true, but sadly I doubt it. He got this loan after all, despite the fact that his plans didn’t withstand even the slightest scrutiny and the whole thing was idiotic on the face of it. He’s part of the billionaire’s club, and apparently free money is part of the deal.

They could bury… or control… Tesla if this keeps up.

Getting Tesla is of far more value to them - they know the era of oil is ending, so they’ve been desperate to convert that oil money into other revenue streams by buying up companies. (Destroying Tesla gets them nothing - it’s not even going to impact the electric car market that much, much less alter the demand for oil.)

He doesn’t need to make himself look like a world-class idiot to do that. He owns Twitter now; if his goal was to kill Twitter he could simply shut it all down.

Not buying any explanation predicated on the idea that Musk knows what he is doing here.

Gods, I wish that were true, but sadly I doubt i

I am hopeful. This is possibly the biggest business debacle in history (at least Amazon losing a trillion in stock value can be ascribed to investors - this is Elon borrowing billions then less than two weeks later warning about bankruptcy. While at the same time the value of the shares he borrowed against are tanking. He is going to be a laughingstock. Though as you point out that might not matter - look at TFG.

But I remain hopeful

Pound for pound Tesla owns less of that market share, by the hour if not by the minute, as investments go it’s a total shit show for any hopes of returns on said investment. FACT