Omarosa tapes: She has video, not just audio, reports AP

Omarosa (if by some odd reason you’re reading this comments section), take your time releasing the tapes.

If you can, try to release most of them in the month of October. That would help so many people. 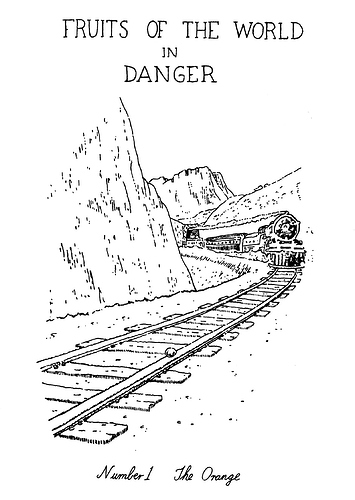 That’s what happens when you hire someone with the… reputation Omarosa has. I’m not applauding what she’s doing, i find her to be detestable but i do find great pleasure in Trump getting his just desserts by one of the swamplings he decided to hire.

I resent the shit out of a timeline where I have to root for her.

I’m not fucking rooting for her, I’m rooting against all of them. 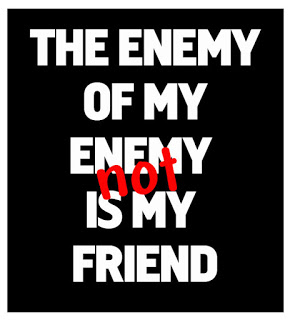 Precisely. I am definitely not rooting for her. She’s a proven garbage person that’s not to be trusted, case in point what she’s currently doing. I still am having a deep moment of schadenfreude but really this is not going to end well, and i don’t mean Trump. What she is currently doing is dangerous for whistleblowers and journalists.

[Satire & sarcasm]
A orange hand picks up a red Telephone. A geriatric finger calls the first number on speeddial with a fearful Voice saying:

“Hallo Vladimir, i have a huge, a tremendous Problem. You see this Amerosa woman or whatever she is called, shes a snake i tell you. This big fat liar says she has dirt on me. On me! Can you believe it ?! Fake Neeeews! Anyway the chief of Staff here has soiled his pants, its true! And Jared says we should be worried but what this Monkey bit** might have. Anyway this dumb person, amerosa not Jared, well could be both, is threatening to relaese this stuff, such a loooooser.
Can you put it to bed? Can you hack her like fake hillary? Can you make her go away? Maybe Mueller too?
That would tremendous help and i would owe you Bigtime! You know i am good for my word and money!”

Another voice echoes through the Oval of the office “Mister President you just called the time service and not Mr. Putin”

Weary eyes look up and Donald responds “Oh Vladimir heard me. I think my dear friend hears everything but what can i do? Whaaat can Iiiiii do? Now get me Pence and Sessions, we need to cook up some religious huge balony of theyrs till this blows over”

There must be a truism out there something along the lines of “a person who values loyalty over all other qualities will inspire none of it.”

Whistleblowers and rats have the same basic purposes. She’s light on I’ll deeds.

I applaud her for coming forth regardless of whether or not I like or respect her. And she deserves the same protections of anyone willing to speak the truth.

Unless she has that too.

I view the whole situation of a detestable, unprincipled man hiring a lot of unreliable people that took every opportunity to betray their leader for their own gain. Call it karma, call it a cancer eating its host.
The American people seemed to enjoy the circus in 2016, well now all we have are clowns.

The enemy of my enemy has the potential of being a useful (not to be trusted) tool*.

* In both senses of the word in this case.

Honestly though, does any of this affect the judgment of other government officials? That could actually DOOOOOO SSSOOOOOOMMMMETHINGGGHGH???NEVER!!! Don’t want to get kicked out of da’ club! These “tapes” are nothing but background noise at this point, the people that want to keep supporting this moron still will, the people that don’t already knew he was das moron. The “joke” has always been If Trump killed someone on the street nobody would care, and at this point it’s pretty much true. I don’t see the gain here other than reinforcing everyone’s opinions on either side. Depressing

Well, in the darkest timeline we didn’t even get this far. She still works in the White House and help him.

Well it seems that every time they say something specific is a lie - she pulls out a tape.

So yeah, I believe her. Good for her also - honestly it’s refreshing to see someone able to call all the bullshit out - even if it was sneaky.

Sometimes the hero we need - isn’t the one we wanted.

Sometimes the hero we need - isn’t the one we wanted.

She may prove useful in taking down Trump, but that hardly makes her a “hero.”

I don’t know anything about this person except she’s been taping Trump to fuck him over.

Why does everybody hate her exactly?