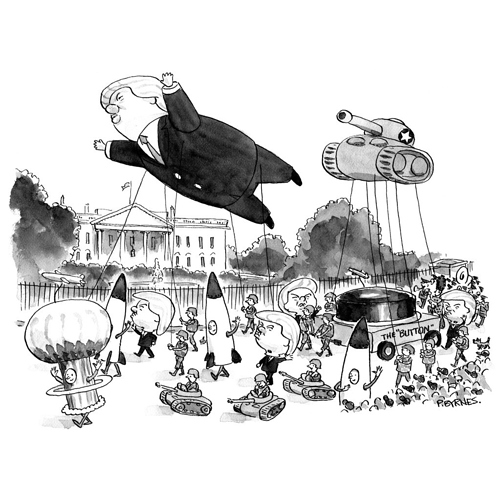 Hopefully with a new president in the reviewing stand, with a bunch of formerly homeless vets as his or her guest.

But I had some rain all ordered up.

The Pentagon announced Thursday that there will be NO military parade in November, as originally requested by Donald Trump.

I pity the person that is going to have to explain to Trump what exactly what the d’état part means and how this isn’t it.

I think they should have the parade, but it should consist just of the dirtiest, worst turned-out Spec 4 in theArmy, shambling down Pennsylvania Avenue pulling a Radio Flyer Little Red Wagon loaded with Nerf guns. And all the media there to capture the moment when s/he passes the reviewing stand and Trump has to take the salute.

I’m sorry, did you say the increased percentage was SATAN?

Suppose they had the parade, but required every tank and humvee to have corporate sponsorship. Hey Wall Street! Time to pick sides!

Excellent news. But can we still get the Trump Baby Balloons for the Macy’s Day Parade? 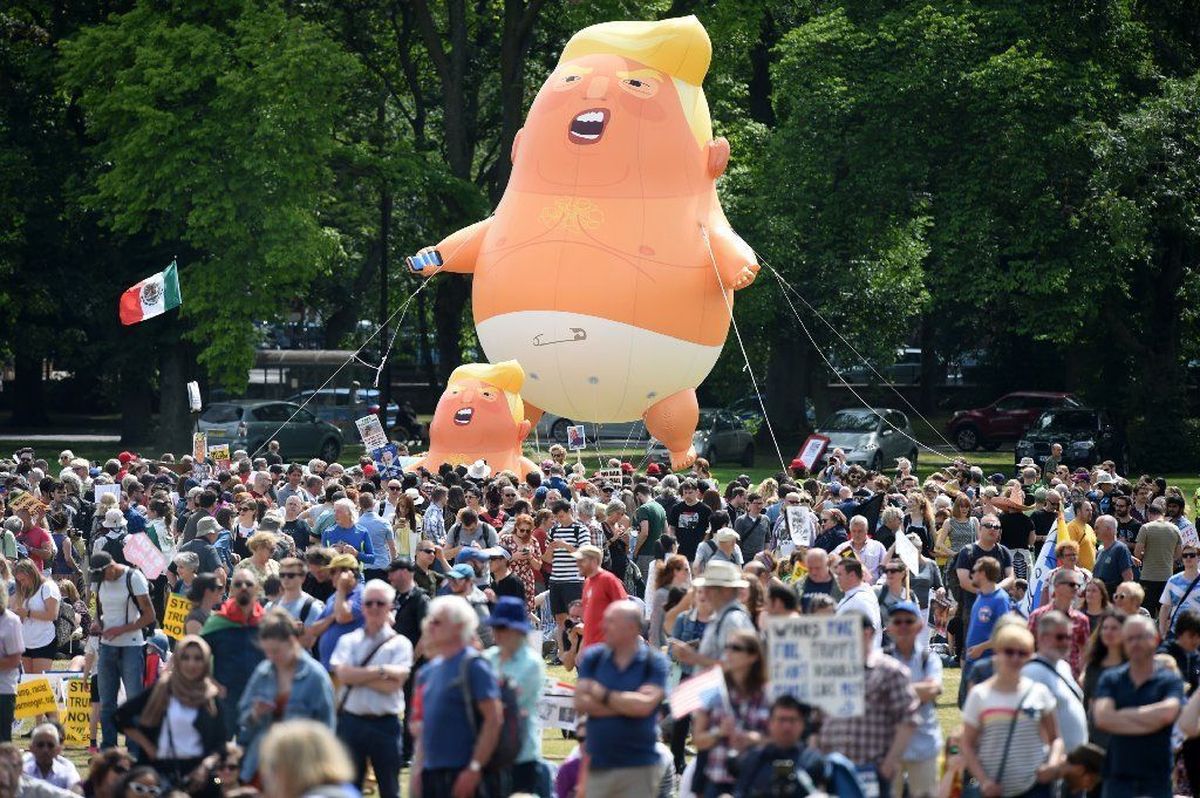 The 20-foot-long blimps, which depict a tiny-hands Trump sporting a diaper, shock of over-coiffed blond hair and an evil scowl, are in tony Bedminster, home to Trump National Golf Club.

I’m sorry, did you say the increased percentage was SATAN?

To me the number 666 has a more positive connotation. 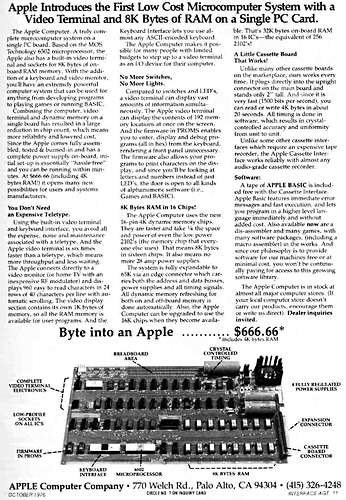 $92 million? Jesus H Christ. How big was this thing?

Bizarre how the party of fiscal responsibility can justify expensive military parades at all.

Something something troops, rah rah?

What happened? Did they need a new hammer for building the parade floats?

I read this as Defense department accountants skillfully told the president to go fuck himself and his useless parade.

Big enough to get the President to back off his stupid fascist looking request.

I’m just happy somebody finally grew a spine and told the overgrown orange toddler ‘NO.’ 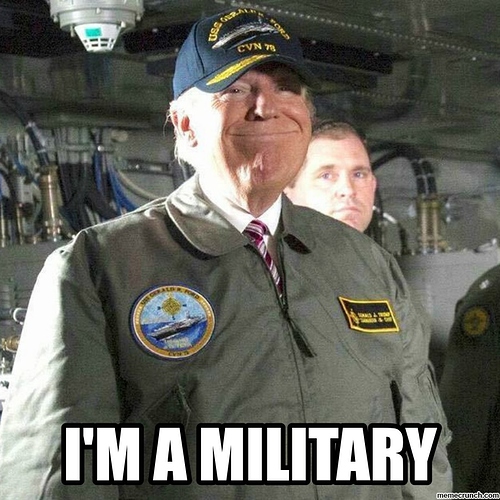 They were planning it for Veterans Day, to honor our veterans. . . who can’t get decent health care while suffering from PTSD and the still mysterious Gulf War illness.