Political fall out from Covid-19 pandemic

And yet somehow money will be found to subsidize oil and gas companies.

Between this and the reports that Trump only started giving a shit about COVID after one of his friends fell into a coma from it,

He only cared because he finally realized that it could be him next.

Get your rage on… 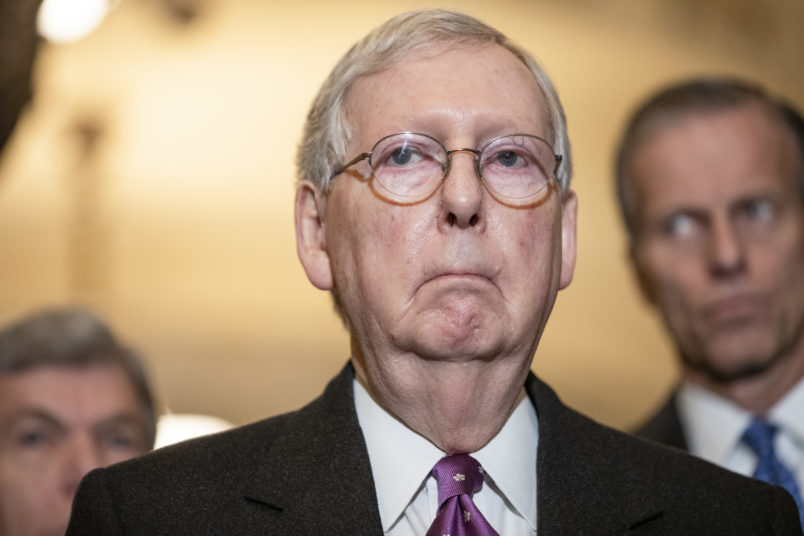 See, really it’s your fault for daring to try to apply laws to your betters.

One Does Wonder How Trump Would Have Fared If He Had Faced A Tough Political...

Once again, wondering how Trump would have fared had he ever run for office in NY and had to face either the NYC or Albany press corp. — Mag... 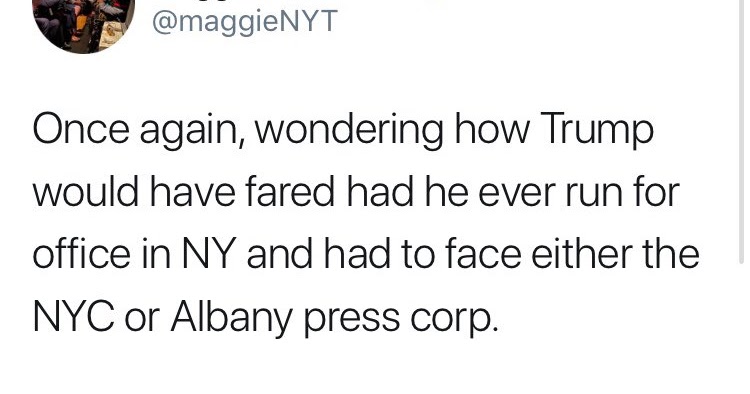 Despite Pushback, Trump Suggests Testing Is No Longer an Issue

Trump is now saying he should be lavished with praise for doing a “very good job” if the Federal government manages to limit our nation’s death toll to somewhere between 2-4 times the number of Americans killed in the Vietnam War.

I disagree with this statement. 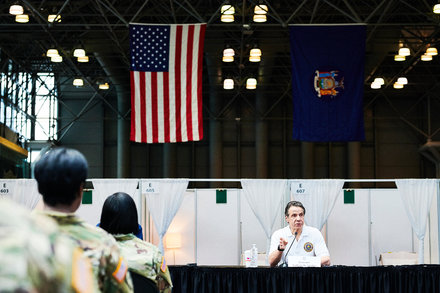 Governors Fight Back Against Coronavirus Chaos: ‘It’s Like Being on eBay With...

A chorus of governors from across the political spectrum is challenging the Trump administration’s assertion that the United States is well-stocked to test and care for coronavirus patients.

Governors Fight Back Against Coronavirus Chaos: ‘It’s Like Being on eBay With 50 Other States’

They have to bid against Trump, too.

the number of Americans killed in the Vietnam War. 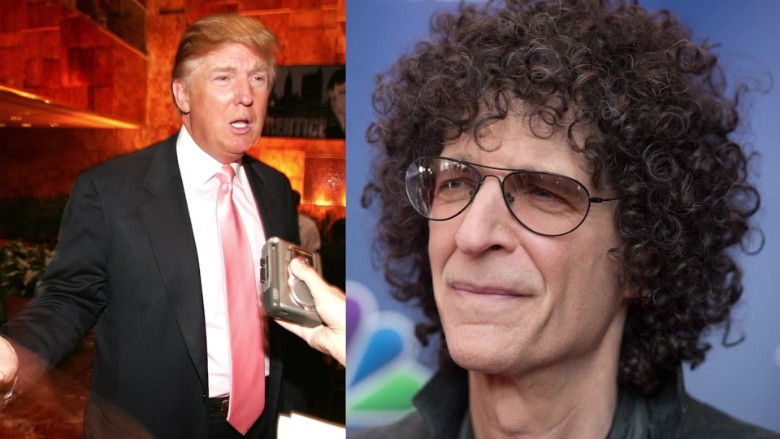 Trump, comparing sex to Vietnam, said in 1998 he should receive the...

In a previously unreported 1998 interview with Howard Stern, Donald Trump compared sex to going to battle in Vietnam and joked he should be getting the Congressional Medal of Honor.

#Trump, comparing sex to Vietnam, said in 1998 he should receive the Congressional Medal of Honor 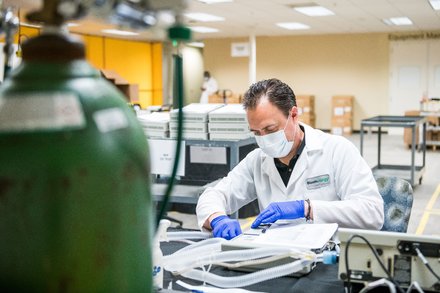 Wartime Production Law Has Been Used Routinely, but Not With Coronavirus

The Defense Production Act has been invoked hundreds of thousands of times in the Trump years. But with the pandemic, the president sees it as a “break the glass” last resort.

Even leaving aside the obvious fact that every time Trump doesn't take a dump on stage for 5 minutes they say this about him, who gives a sh... 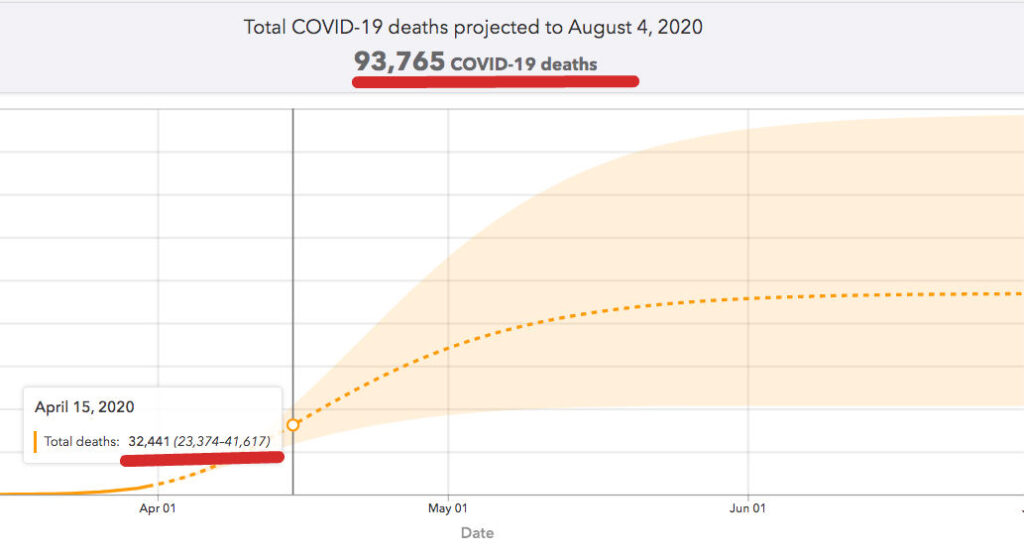 Trump predicts two bad weeks followed by 'a burst of light' and political...

Yes, it was Trump’s first public acknowledgment of the true scale of the disastrous coronavirus pandemic. But reporters largely ignored that it was accompanied by yet another round of magical thinking on his part.

The grim-faced president who appeared in the White House briefing room for more than two hours on Tuesday evening beside charts showing death projections of hellacious proportions was coming to grips with a reality he had long refused to accept….

A crisis that Mr. Trump had repeatedly asserted was “under control” and hoped would “miraculously” disappear has come to consume his presidency, presenting him with a challenge that he seems only now to be seeing more clearly.

None of this is true! None of this is remotely true! He pulled a script out of the filing cabinet and filled in Trump’s name and then called it a day and went of to get a cocktail. God damn these people.

Get your rage on… 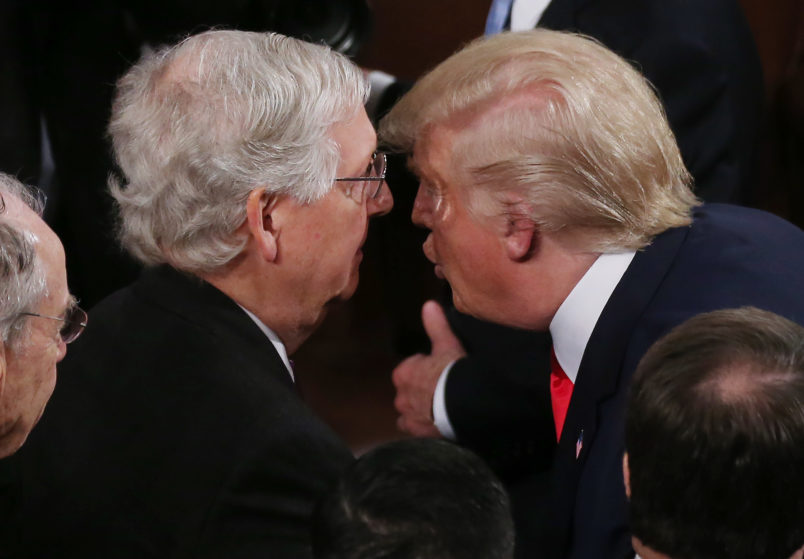 The Senate majority leader tried to give him an out. It’s hardly surprising that Sen. Mitch McConnell (R-KY) would contort...

Bonus
Here is how you write a headline, NYT: 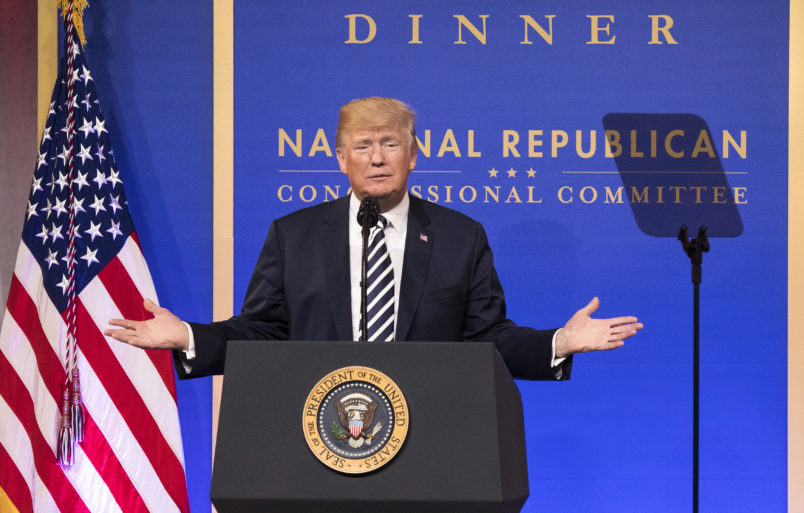 Trump: I Wouldn't Have Handled Coronavirus Any Better Even Without Impeachment

On Tuesday night, President Donald Trump said he wouldn’t have acted more swiftly in the face of the COVID-19 pandemic... 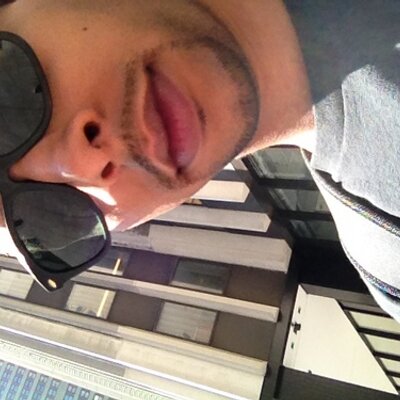 Of course you have cops (including an NYPD cop) helping co-write this piece in Washington Post calling for the most intense kind of fascism in response to the mere "risk of deteriorating social stability and security." washingtonpost.com/opinions/start… https://t.co/fSKNA8ydeq 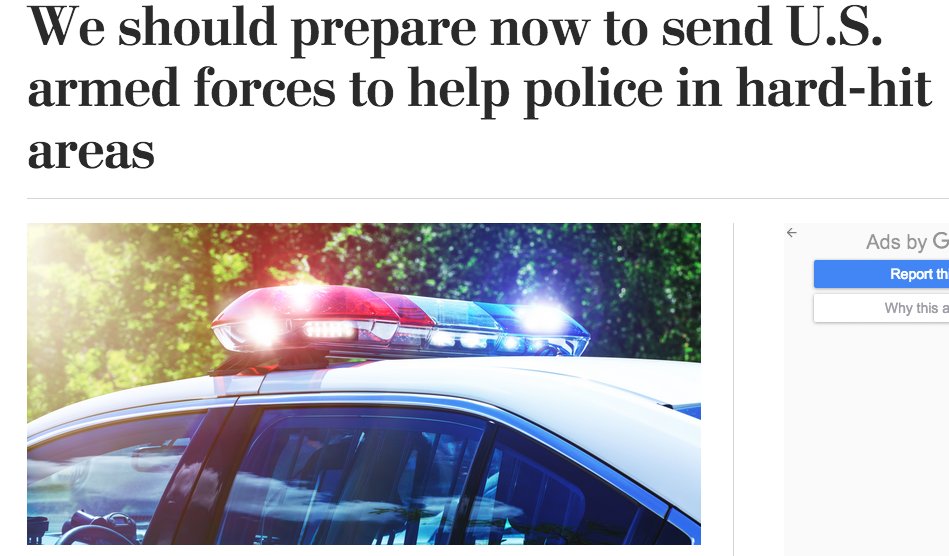 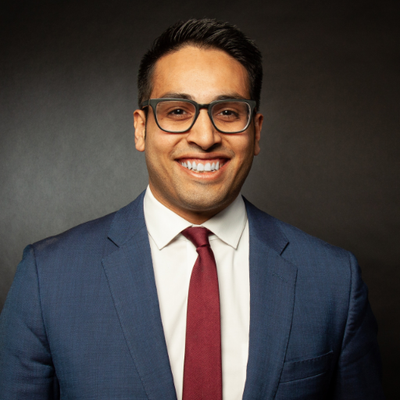 This CO likely knew his career was done the moment he sent that letter and that is what makes it all the more courageous and extraordinary twitter.com/Reuters/status…

This is from March 20 but I just saw it.

COVID-19’s impact on workplace matters continues to broaden.  The National Labor Relations Board, which has jurisdiction over most private sector

New Cat and Girl is up… seems relevant to this thread… 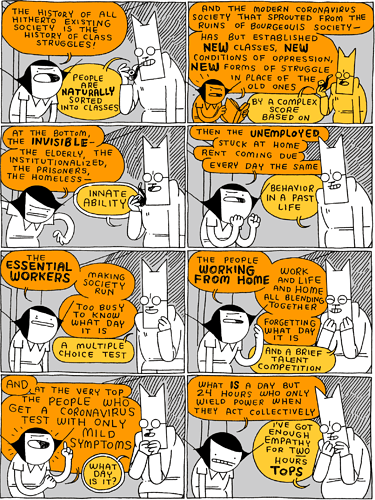 Probably a good time to throw money to some artists you like, too.

A “burst of light”? Is that the nuclear option?

When minority reporters and others from nontraditional-for-elite-newspapers backgrounds (no school near Boston!) argue that their personal experience gives them a necessary and useful perspective on the subjects they are or should be covering, elite editors scream BIAS at them, but when “our” friends and relatives are getting sick and dying…

“We are all actually living the story we are covering,” says NYT editor @deanbaquet. “We all have relatives and friends whose lives have been upended. Our own lives have been profoundly altered.” https://bit.ly/2wWifks 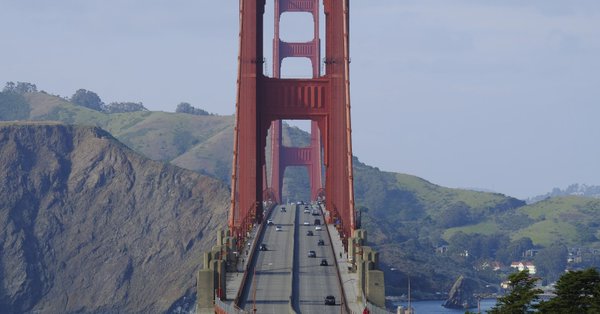 Some of the nation’s top newspaper editors talk about how their organizations are covering the story of COVID-19 when newsrooms are nearly empty.
poynter.org
](https://bit.ly/2wWifks)

17 people are talking about this

I’m hoping for more of a Tunguska flavour, myself. Can’t go all spasm war with a ‘no-one’s fault’ Tunguska grade object. 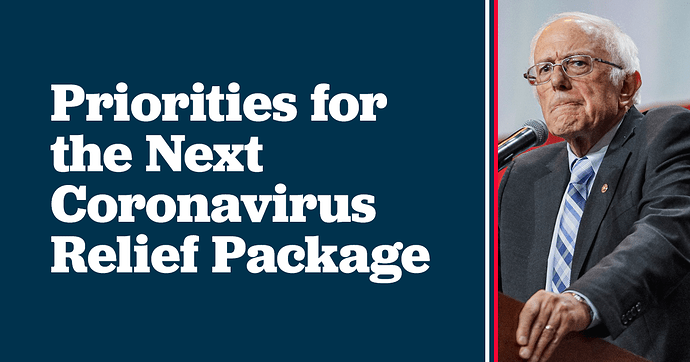 Priorities for the Next Coronavirus Relief Package

Congress must pass the boldest piece of legislation ever written in modern history. 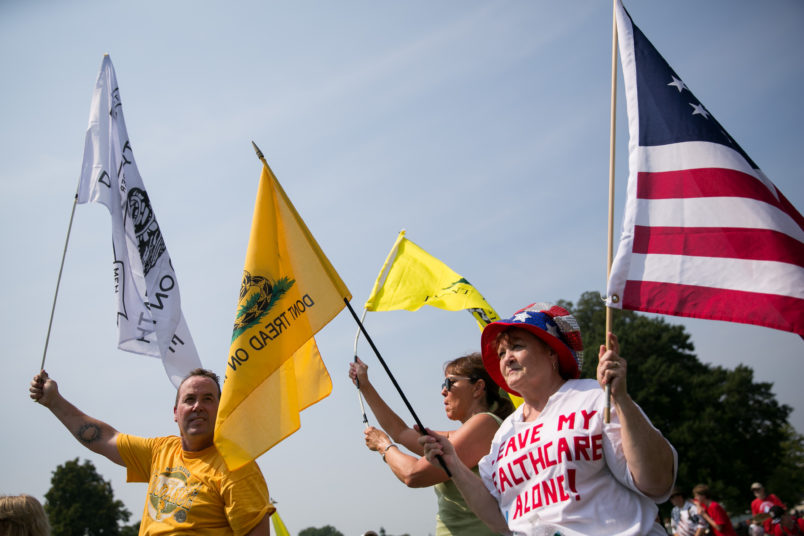 This story first appeared at ProPublica. ProPublica is a Pulitzer Prize-winning investigative newsroom. Sign up for The Big Story newsletter...

But don’t worry, Joe Biden is going to have a phone call with Trump and then they’ll sort everything out.