Being keen on the 2nd Amendment and ignoring the Establishment Clause seems to be on the same level as calling for the elimination of gay people and witches while eating a ham and cheese sandwich and wearing a poly-cotton tshirt over a tattoo of Jesus and a quote from Leviticus.

Please, please go back to your dirty, contaminated Raisins restaurant while your husband exposes himself to children. 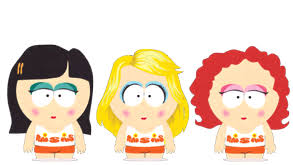 ‘Mixed’ isn’t the term I would use; but why are she & Empty G so hellbent on trying to out-stupid Louie Gohmert?

tried to school a Christian audience on how the U.S. government works, but the Colorado Qongresstroll failed miserably.

No, she didn’t & those aren’t ‘christians’.
She told those Talibanners exactly what they wanted to hear & believe, facts be damned.

‘The’ church? Which one?
In any case, maybe she could be sent on a fact-finding mission to some American-hating Theocracy to see how things work. Once she swims back, she can enlighten us with her new-found wisdom.

oblivious to the Constitution’s Establishment Clause

I doubt she knows about it; nor would she care about it if she did.

“And I’m tired of this separation of church and state junk that’s not in the Constitution,” she said.

Yet another idiot that gets it exactly bass-ackwards and is unaware of the 9th Amendment.
She’s in evil company with some members of the SCOTUS.

That sounds a bit like the Shirley Exception, which werdnagreb posted about in the Karianne Lisonbee thread. 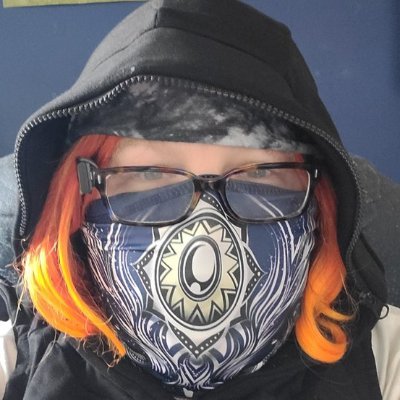 @AlexandraErin
So I just saw someone wondering how liberals can cut ties with conservative friends and family members over immigration policies when most Americans (including most conservatives) support immigration reform. I'm going to talk about what I call the Shirley Exception.
3 Likes
MagicFox June 28, 2022, 1:05am #28

With a buzz cut and clean shaven.

Let’s start one and pick it!

she ever read any of the amendments? wouldn’t have to get to far. I think it is the first one.

Lauren Boebert went full theocracy, and proclaimed, “The church is supposed to direct the government” per the founding fathers.

Does she want to go and see what a lot of the founding fathers actually believed?

Deism (/ˈdiːɪzəm/ DEE-iz-əm  or /ˈdeɪ.ɪzəm/ DAY-iz-əm; derived from the Latin deus, meaning "god") is the philosophical position and rationalistic theology that generally rejects revelation as a source of divine knowledge, and asserts that empirical reason and observation of the natural world are exclusively logical, reliable, and sufficient to determine the existence of a Supreme Being as the creator of the universe. Or more simply stated, Deism is the belief in Since the 17th century and durin... 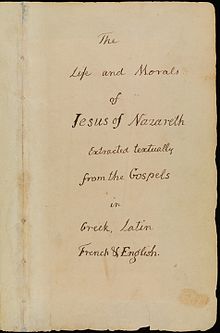 She said she’s going to see how the primary goes and then they may buy the building.

I wonder what that means. If she loses the election and has campaign money left over maybe she’ll use that to buy the building. These people that claim democrats leave office with more money always seem to do just fine when they leave office and even in office.

They really only read that one amendment in the Constitution.

And even with that one, they only read the last half of that one amendment.

In their mind the exact law being prescribed is just a tool in the chest, an option on the table, which they expect to be wielded fairly and judiciously. Surely no one would do anything so unreasonable as actually enforcing it as written! Not when that would be bad!

I’m not so sure of this Shirley Exception. Some (or many) “moderate” conservatives want it to be that bad. Eg, when the “caravans” arrived at the southern border, many conservatives were pleased at the obvious cruelty and indignity inflicted upon detainees.

Y’allquaeda. The only difference is what they call their prophets.

Right, but they would be outraged if the same were inflicted upon them and theirs. Because, surely, they would be an exception to any such laws, which were meant for “those other people”, after all.

“He’s not hurting the people he needs to be hurting.”
– Trump voter Crystal Minton

Perhaps everyone should chip in and buy her a one way ticket to Afghanistan.

Ignorance: ignorance all the way down. It’s impossible to plumb the depths of her ignorance.