Might be good for lactose intolerant people. But I’d have to be really, really intolerant to try it…

…pour cereal before the milk or after?

Why is this even a question? Pouring milk first is for psychopaths.

By way of personal experience, we had mornings without milk when I was a kid and juice on cereal was tried but the results were not pleasant.

OJ with cereal ranks with pineapple on pizza. Both are abominations. .

Stop trying to divide the nation.

There is not now, nor has there ever been, a debate about the order in which cereal and milk are put into a dining receptacle.

There is not now, nor has there ever been, a debate about the order in which cereal and milk are put into a dining receptacle. 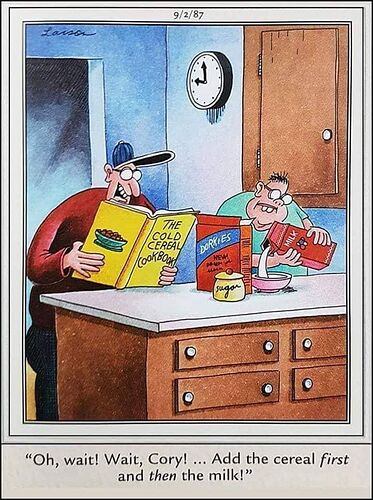 Might be good for lactose intolerant people. But I’d have to be really, really intolerant to try it…

I can’t find a full list of the nutritional info but according to an article on popsugar.com the ingredients include nonfat dry milk and whey.

I know that plenty of people drink a lot of OJ already but the thought of adding such a high-sugar drink to a carb-based breakfast cereal that’s also got added sugar just makes my pancreas hurt.

i had a friend in college who used to use orange juice on his cereal. he said it was much better than milk, and that milk was terrible for your body. he apparently was decades ahead of the cereal industry and popular tastes.

We’ve had lactose-free alternatives for decades. We’re used to it. What’s less enjoyable is having to read the ingredients on every cereal box to ensure an overall pleasant experience. Or just avoid getting cereal altogether. And waffles. And some breads. Pancake mixes. Biscuits. And so on.

But at least what we pour into a bowl isn’t the issue.

If I could draw, I would have made this cartoon instead of my comment. This illustrates the lack of debate on the issue perfectly.

I mean, it’s not a toilet paper roll.

The Retail Gods have spoken.

As gross as it sounds, this sugar-stacking is the kind of American innovation we have been lacking for decades.

All this lacks is a spoon made out of a pop-tart. 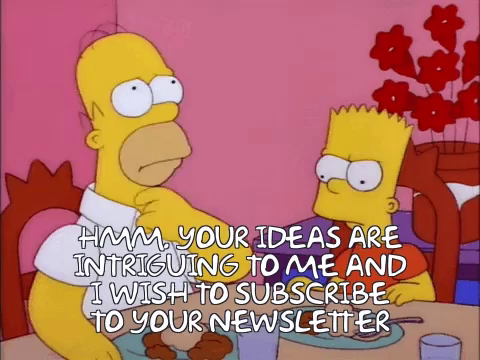 The one that got me was deli meat, specifically ham. How crappy is the ham if you have to add whey (amongst other things) to it for flavor?

I mean, it’s not a toilet paper roll.

There is only one correct way!
(Unless you have a cat with a penchant for unraveling.)

I’m so intolerant just a tiny bit gives me awful pain for hours. This is still a hard “Oh hell no” for me.

There is only one correct way!

And this is it: 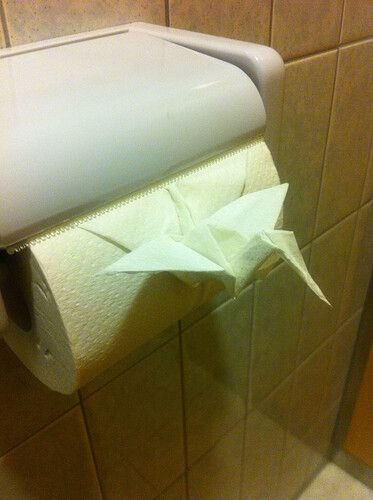 I’ve grown to feel that way about most processed foods now that I’ve had to pay attention to ingredients. Adding straight whey or lactose is always questionable. Especially if there’s already something like cheese (which usually processes enough whey out for me) in the product. Even if something should have so little lactose that I should be fine, they just have to up the ante.

At least lactose intolerance is more easily navigable than other things. My mom basically shuts down if she has MSG, which is often included in fast foods and not labeled anywhere. A former coworker of mine developed a corn allergy several years ago that just makes her miserable after eating it. Corn is usually labeled, but have you ever paid attention to how many things are products of corn?