The guy is basically begging. Dude, if you are that hard up, just go hire someone. She’s not into you. Don’t be a creepy douche.

I think that misses a significant part of the mental illness (it is), which is all about exerting power. It’s very intertwined with sex (I don’t agree with folks who say it’s exclusively about power, and not about sex, but exerting power is a major factor in these things), but you have to understand that pushing boundaries is creating the high that these types of people feed off of.

This, but sex and our relationship with sex as a culture is very intertwined. Because sex is still so very taboo on so many levels, it is a natural vehicle for deranged power relationships to work through.

I guess she’ll only hear from Christian network channels now? If that?

Because those are the ones working against the forces of misogyny in our society???

I still have a place in my heart for Pepe, but YES to this (including your characterization of Pepe).

Thanks for posting that. Parts 10-14 are especially important. I also wouldn’t be surprised if the ball-grabbing character that Patton Oswalt played on “Veep” is based directly on that Hollywood exec – writers get their revenge where they can.

You think Weinstein invented “the casting couch?” Uuuuuhhhhh… If you don’t think this is going on with other execs in Hwood, right now, but it’s not public because they actually maintain more actual power than Harvey, I would wager that you’re mistaken. Weinstein is the first one who is really getting busted, and this of course discounts Aisles, O’Reilly, Cosbey, and others, where essentially the same thing is going on.

Power corrupts, that’s a given; but somewhere along the line some people seem to have gotten the idea that just because they employ someone in a high profile position, that means they “own” them and can do whatever they like. (See professional football team owners.)

That mentality needs to change, ASAP.

Because sexual coercion doesn’t happen between people in other class relationships? Obviously that’s not right. There are power dynamics at play at all levels of society, and for some people, those can manifest through their abuse of sexual power. I’ve seen it, you’ve seen it, we’ve all seen it. I actually think the fact that he’s a Hollywood rich-guy is not the important part of the equation – misogyny exists throughout all levels of our society, as do scenarios much like this. I know you realize that.

I suppose, but it might be less normalizing if the skunk winds up in jail for his sexual harassment. I’d watch that cartoon.

Remember that WB cartoons (which I love) also used to feature blatantly racist and pro-war propagandist material. They are most definitely a popular culture memento of their times. Doesn’t keep the awesome shit from being awesome, doesn’t stop the nasty shit from being nasty, from our relatively enlightened perspective. I’m not going to shit on all WB cartoons because some featured such tropes (including many that reenforce negative gender dynamics, etc.) but I’m also not going to be ignorant of what some of them were.

Citation proving I said that, please.

I also don’t think that Weinstein is the crotch-grabbing exec, since there’s no longer anything preventing Crews from identifying him. Chances are it’s another specific exec with a “unique” style to his creepery.

So, uuuuuhhhhh…maybe you should read the post to which you’re responding more carefully, yeah?

As a nondualist (my new favorite phrase) I will say, you can both have something that reenforces the “normal” tendencies of the day (which is not, by definition, corruptive) which also, from another perspective, is highly corrupting.

I tried to listen but it’s just too fucking icky. And this was common knowledge within the industry? Jeebus Christ,WTF!!!

You’ve heard of “the casting couch” I presume? You think Harvey Weinstein invented the notion? This has been going on since the dawn of cinema, and, here’s a thought, the dawn of what we think of as “civilization.” I’m not counting Lemuria, which by all accounts was pretty fuckin’ rad.

So, uuuuuhhhhh…maybe you should read the post to which you’re responding more carefully, yeah?

Maybe you were being tongue-in-cheek (something I personally have a difficult time doing, when it comes to this subject) but you made the assertion that a specific VEEP reference had to do with Weinstein. My point being, Weinstein is just the latest to get called for being part of a long-known, long-referenced archetype.

Maybe you were being tongue-in-cheek (something I personally have a difficult time doing, when it comes to this subject) but you made the assertion that a specific VEEP reference had to do with Weinstein.

I did no such thing. I made the assertion that “Veep” was referencing the Hollywood exec Terry Crews discussed in his series of Tweets. Again, please read carefully, noting the post to which I was responding.

Since I spent many years of my misspent youth interacting with people involved in the film industry, I can assure you that I knew about the casting couch long before Harvey Weinstein was a major player in Hollywood.

Because sexual coercion doesn’t happen between people in other class relationships?

I didn’t say or even imply that, and methinks you may need to settle down there, Sparky.

Touche, I missed the thread of tweets to which you were specifically referring!

But as you said, everyone seems to know that “the casting couch” exists. I think many folks have probably used the phrase lightly. To hear what it sounds like in action I would hope would be a wakeup call for folks, all of us, who have sort of taken this stuff for granted for… forever. I like to hope some good comes of public unmaskings like this.

I’m just saying this happens well outside of traditional dynamics in which we’d refer to people being in “high-powered positions,” and that by emphasizing that nature of the event, it is possible that we avoid the larger issue, which is that power dynamics are at play all around us, at every level of society. I think we agree, I was just trying to realign the emphasis, if that makes sense. Not trying to provoke a duel by any means.

Corporations are being used to keep wealth for private use, in a way that won’t be taxed. It’s easy to imagine sexual service being a feature in the same way, and after watching_Mad_Men_, it’s hard not to imagine.

The poor man won’t be able to afford food and shelter. 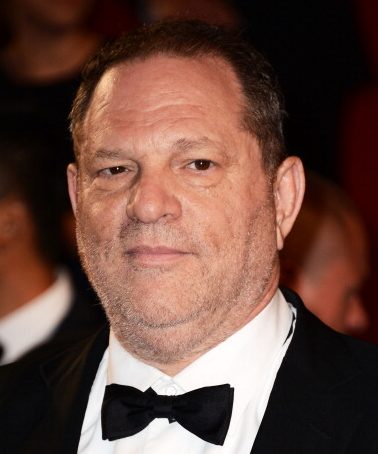 sure, but if you (*not you) stop in to introduce a false duality into conversation, you’re probably there to muddy the waters and thus explicitly support the status quo. No?