Silicone dish scrubbers: one year of use, far less gross than a sponge

Well to be fair a sponge won’t last a year. Maybe a couple of months.

They are also indestructible. One of mine was in the dispose-all for about a 1 minute session before I realized the sound was weird. It came out pristine. These may inherit the Earth, not the cockroaches.

At a buck a piece, the price is right. I would suppose these will work like other silicon rubber products in the kitchen, useful as mini oven mitts and for roasting things, but have not tried them that way.

I still have a wanded scrubbing sponge around, but yeah – anything with food still on it and these are the way. Sponge laded with soap works better on really grease coated things.

Sponges get thrown away every few weeks. These seem to last and last.

They are also indestructible.

I heartily disagree. In fact, @jlw I have a major problem with these things: the little silicon nubs that clean your food fall off (you can even see this in the photo), and run down the drain to create micro-plastic pollution in the water system.

Cellulose sponges are biodegradable, and easily refreshed by throwing them in boiling water. Using plastic that sheds little bits into the watershed is no bueno.

I have a major problem with these things: the little silicon nubs that clean your food fall off (you can even see this in the photo),

Not a single nub has fallen off. Not one. Look at the photo again. A few are bent, but nothing has come off either the blue or the green.

Not a single nub has fallen off. Not one. Look at the photo again. A few are bent, but nothing has come off this.

Maybe the ones I bought at Sur La Table are inferior to yours. But on the one I bought, I definitely lost nubs down the drain.

Mine remain pristine - even after the disposal. It really impressed me!

Mine have slightly thicker nubs, tho. There are a lot of suppliers with slightly different versions of these things. 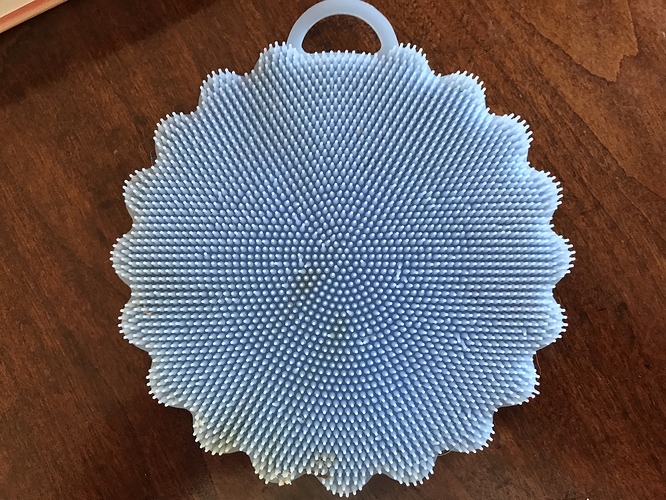 Not a single nub has fallen off. Not one. Look at the photo again. A few are bent, but nothing has come off either the blue or the green.

And the fact still remains, that when it eventually wears out, you are left with a piece of non-biodegradable plastic that will pollute the planet forever.

I still maintain that biodegradable cellulose sponges (especially the newer ones with the loofah scrubber) are better for the environment.

I’m going to look into these, but I will say in favor of sponges that ours never seem that gross. We use scotch brite sponges, wring them out when done, and place them to dry on a small saucer, which usually allows for a slightly gap under the bottom. When left in the sink, on a wooden cutting board, or on the butcher block, they pick up that stink that I have smelled on almost every other sponge I have used outside of our house. I understand why people don’t like them, but I think it really depends on having it them dry out properly. Getting the bristles fouled with cheese, that’s another issue. But a pre-scrape with plastic scraper usually takes care of that.

yes, this is what we do, too. we have a little basket that hangs on the wall of our sink and our scotch-brite sponges dry out nicely in there. i don’t get the phobia about sponges… yes, they may get germy, but we replace them once a month, and they never stink. and besides, not all germs are that bad for you. i like those plastic scrapers, too – they also will last a lifetime.

We like the loofah type kitchen scrubbers; I squeeze them out and put them in a small drying rack suction-cupped to the inside of the sink, and if they pick up any smell we run them through the dishwasher (or drop them into boiling water if there’s some handy).

They don’t last as long as the environmentally unfriendly plastic ones, but they do last 4 to 5 months before they start disintegrating and get composted.

As someone else noted, if you use a spongey scrubber on thickly caked residues, they get clogged. These silicone brushes seem like they’d be good for that situation (as is any brush) prior to breaking out the scrubber.

Also keep in mind that if you have chlorinated water, you will have fewer issues with biocolonization of your sponges. We have well water that has living organisms in it, so making sure the sponge is squeezed out and not clogged with food is important.

For dishes, I hate 'em, but they are absolutely incredible for pulling cat hair out of carpeted steps!

I’m trying to reduce the quantity of plastic I use, inox “sponges” are an interesting alternative, germs don’t like that kind of stuff.
A bit weird at first, but you get used to it. 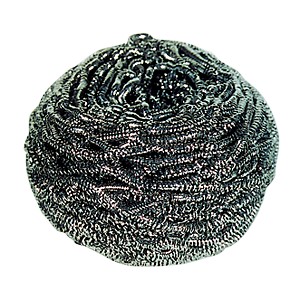 Copper works, too! It won’t stay sharp as long, but it doesn’t harbor human pathogens the way stainless steel does. 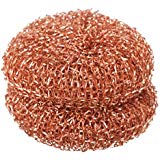 Reduce, REUSE, Recycle. Sew the old ones together into a raincoat. C’mon.

In fact, @jlw I have a major problem with these things: the little silicon nubs that clean your food fall off (you can even see this in the photo), and run down the drain to create micro-plastic pollution in the water system.

I thought we were championing the Maker Community on BoingBoing! Come on! If the nubbins fall off, bust out your soldering iron and glue those damned things back on. Or paste… or weld… or fuse … or whatever the hell you do with a goddamned soldering iron.

If the nubbins fall off, bust out your soldering iron and glue those damned things back on.

LoL! That would be great if they didn’t immediately wash down the drain (and if they were bigger than a grain of rice).

Reduce, REUSE, Recycle. Sew the old ones together into a raincoat. C’mon.

Sounds heavy and hot. I think I’ll stick to GoreTex.

I use one of these, but only for laundry pre-treatment. The nubs are soft and I don’t feel like I’m going to damage my fabric too much.

They were just a bit too gentle for dish use compared to the non-scratch scrubbies, and compared to a cellulose sponge, don’t really hold soap, so they don’t work the way I want to hand wash dishes.