Skateboarder Leticia Bufoni grinds a rail 9000 ft in the air

The question everyone wants answered- what happened to the skateboard? Couldn’t they have tied it off to the plane to ensure it doesn’t hit anyone or land on someone’s house at whatever the terminal velocity of a skateboard is?

Do your eXtrEme stunts, fine, whatever, but don’t endanger others in the process, please.

What an excellent use of all that atmospheric carbon!!!
/s

really hoping to find out about the skateboard, for sure.

i feel certain that, at l the expense to mount this stunt, they would quite likely fit the skateboard with a gps tracker like all those “send this [hello kitty comes to mind] to the upper atmo with a go-pro and a gps device” videos. so those items (and, importantly, the camera with the captured footage) could be retrieved.
but as @VeronicaConnor points out, that location may be someone’s roof, head or windscreen while taking a sunday drive. that falling skateboard could ruin someone’s otherwise lovely day.

Ooph, all the bare skin at 9,000ft and terminal velocity? That’s gotta be tough on the nips.

Its lucky they didnt endanger the aircraft too. Watching the board fly up at the end of the stunt it could have struck the horizontal stabilizer. No military C-130 operator would have signed off on that risk, but it seems the aircraft was operated by a civilian company. 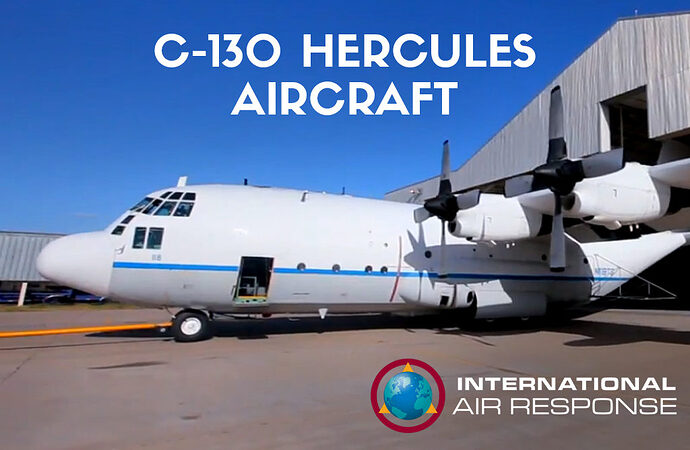 IAR has over 25 years experience of operating C-130 Hercules aircraft for a diverse array of clients. Our services include aerial firefighting, aircraft research and development, film production, and more. Contact us today to learn more!

I wonder what – if any – “reasonable precautions” were taken.

No slam dunk at the end?

This was just as underwhelming and dumb as I expected it to be. Flying a giant military cargo plane just so that someone can grind a rail for two seconds and send their skateboard flying off to hit someone? Yeah, sorry, no thanks. I’m all for cool skateboarding, but this is just a silly, wasteful, massively environmentally harmful PR stunt.

I seriously considered editing my post to say something like “But this being related to Red Bull, what would anyone expect?” You beat me to it!

It is not shown in this video but there is some behind the scenes footage of “a” skateboard parachuting down.
Adding link: Highest Skate Trick Ever? Go Behind The Scenes Of Leticia Bufoni Sky Grind - YouTube

at 6:33 in that video, you can see like there’s something taped/attached to the bottom of the board, which could (I assume) be a little chute

I’m not getting the “so what” of this. Does grinding the rail make it any more or less difficult to exit the plane and deploy a chute safely? Is this a stunt that takes some extra degree of skill viz skateboarding or skydiving, either separately or together?

Or is this just “cool trick!”

I’m finding it unexpectedly bleak to think about. Imagine the deep pit of ennui that looks in the mirror and realise that sky diving isn’t doing it for you anymore

I guess that’s a little better, but a poor solution to the problem.

I’ve done my share of skydiving, and chutes don’t “just work”. You can’t strap one to an arbitrary tumbling object and assume it will deploy correctly. In fact, odds are it won’t.

The reason we dive in the arch position (arms and legs spread-eagle) is because it makes your body into a badminton birdie which points your back upwards, helping to ensure clean chute deployment. If you deploy while in a tumbling fetal position, you’re likely to be found dead on the ground wrapped in a pile of nylon.

So it would likely be with this board. If that chute opened correctly, then they were lucky. It would still hit the ground hard because the other thing a skateboard can’t do is flare. Everything that flies has to flare to land gently. Birds do it, planes do it, and skydivers do it by pulling the toggles hard down at the last moment before landing. Without this, you’re likely to break your legs because you accelerate as you approach the ground and there’s less air under you. Point being, that skateboard is still going to hit someone or something very hard, chute or not.

All they had to do was tie it off to the plane or to her ankle (with a line long enough so it wouldn’t be underfoot when she lands). I don’t understand the complicated and fragile solution they chose.

All they had to do was tie it off to the plane or to her ankle (with a line long enough so it wouldn’t be underfoot when she lands).

I don’t think the latter was a safe option. The board’s velocity relative to the skydiver was incredible. If it had been tethered to her, it would have either struck her or been above her during freefall and been a risk to chute deployment.

Could that mess with her landing, though?

naw. see, she could finish the stunt extra large by making the landing a drop-in to a half pipe, 180 and ollie up the other side, do a rail grab one hander at the lip and nail the landing topside.
your move, Red Bull.