Stop worrying: Pets aren't interested in staring into the sun 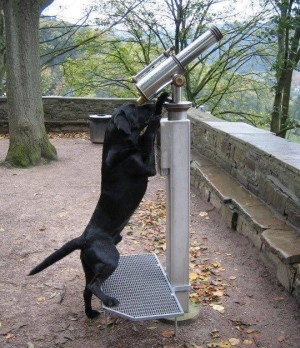 Do humans normally look into the Sun? Seems like you learn your lesson on that pretty quickly.

Only when we defy over half a billion years of evolved instinct.

And anyway, dogs can’t look up.

Yet my cat is always very interested in the source of the beam coming from a laser toy…can’t use one for a minute without needing to turn it off to keep her from blinding herself!

Are you a school administrator paranoid over liability? Then yes they do. All the time, by default people look no other place.

I look at the sun occasionally, doesn’t everybody?

Proof that animals have more common sense than humans most of the time.

Stop worrying: Pets aren’t interested in staring into the sun

Can I stop worrying about everything? Or just my pet staring at the sun? 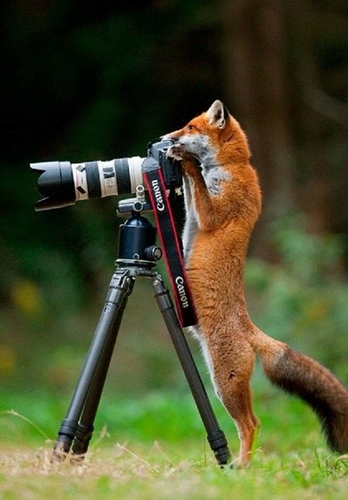 If someone seriously needs to explain “dogs and cats don’t understand or care what an eclipse is” to pet owners, i question whether those folks have the mental capacity to responsibly care for a pet in the first place.

You mean the one where the animals end up blind and eaten by the non-blind ones?

“On a normal day your pets don’t try to look at the sun and therefore don’t damage their eyes, so on this day they’re not going to do it either.”

Yeah, animals are morons. No concept of risk/reward. Between the rarity of an eclipse and the fact that the moon blocks some of the light, there’s literally no better day to look directly at the sun, you stupid dog! Live a little!

Fine, go sniff the cat’s butt for the 10,000th time instead. Don’t come crying to me with your regrets later.

Guy asked me Friday, when he heard me talking about the eclipse, “Do I need to worry about my dog freaking out?” Yeah. I told him no, his dog would be fine. To his dog, it will look just like a cloud going over the sun. The dog will not watch the eclipse or freak out. Sigh.

Of course, this is the guy who asked me last week if it was possible to degauss a CD.

To his dog, it will look just like a cloud going over the sun. The dog will not watch the eclipse or freak out. Sigh.

This is not actually true. If you’re in the path of the totality, animals do behave differently. Wild animals act as if it were a very sudden twilight. Day birds stop singing. Night birds start. Insect noises changes. Bats often fly out. Even flowers may suddenly open up or close. Granted, it’s not “freaking out,” but it’s supposed to be quite eerie if you’re in the wild.

The totality is different than a cloud because of the size and opacity of the shadow, and the associated temperature change.

Pets may not react as much, it’s true, because their circadian rhythms are probably less directly tied to sunlight and temeprature.

If you’re in the path of the totality,

I should have been more specific- we are in an area of only 63% eclipse. Given that, I doubt any of the local animals are going to react to it as anything more than a cloud.