In the conservative-but-diverse agricultural center of Fresno, California, student journalists of The Collegian have opined that the politics of GOP frontrunner Donald Trump are racist and fascist — like Hitler.

Despite the racial diversity in Fresno, home to many Latino farmworker households, some locals reacted angrily against the award-winning student newspaper.

“Trump is railing against Muslims, Mexicans – basically people who aren’t white, and he’s becoming popular because of that. That’s what’s dangerous,” Pope said. “That’s no different than Hitler rallying the German people against the Jews.”

Locals disagreed with the decision to permit publication of the editorial.

Jerry Duncan, former Fresno city councilman, posted a comment on The Collegian’s website and said, “With garbage like this, obviously our education system has seriously failed us.”

The students replied by emphasizing concerns raised by Trump’s politics.

The article was riddled with hyperbole. This was intentional.

Although the words were inflammatory, we fully understand that not every person who supports Trump is a murderer, or any in actuality. But there are extremists out there that will take Trump’s sentiment to a level higher than even he wants. Trump, though, is capitalizing on the racial tension for votes.

He has said that he could “shoot somebody and” he wouldn’t lose voters. This is not OK.

They also appealed for continued public discussion via their editorial page and Twitter.

Don't limit your thoughts to 140 characters. Write us a letter to the editor. https://t.co/jh832B40mt #BeBold

Fresno State President Castro is the first Latino president in the university’s history and is standing firm.

Fresno State President Joseph Castro said that the editorial represents the opinion of The Collegian’s editorial board, pointing to “freedom of the press.” He was fielding complaints on Twitter Monday, urging others to write letters to the editor to express their views.

Fresno is the fifth-largest city by population in California. More than half of the people living in Fresno County are Hispanic or Latino.

It’s unknown how many working families in Fresno County would be impacted if Trump’s proposal to detain and remove undocumented persons was implemented.

2/24/16 UPDATE: Reports say that Fresno State is distancing itself from the students and The Collegian.

On Tuesday, Fresno State issued a press release pointing to The Collegian’s “clarifying statement” and stressing the newspaper is a student-financed, student-run publication “but does not represent the views of the university.”

“With garbage like this, obviously our education system has seriously failed us.”

A Harvard professor has published a Washington Post editorial urging voters to “stop” Trump and comparing Trump to Hitler.

Yeah, no. That person considers Rubio an awful lot more acceptable than I do.

I’d rather Trump was the candidate and lost in the general.

I agree though I’m glad the undergrads in the conservative town aren’t alone on a limb with the Trump is Hitler flag. People need to find their voices and put a stop to 30+ years of GOP silly.

Are fascists okay with workers? Yes, just not state protection for rights of workers.

In his quest for the Republican presidential nomination, Mr. Trump has stoked his crowds by promising to bring back jobs that have been snatched by illegal immigrants or outsourced by corporations, and voters worried about immigration have been his strongest backers.

But he has also pursued more than 500 visas for foreign workers at Mar-a-Lago since 2010, according to the United States Department of Labor, while hundreds of domestic applicants failed to get the same jobs.

I think Trump is like P.T. Barnum. He knows how to play the media and how to engage people with hyperbole. He knows quite well that no publicity is bad publicity, and he’ll say absolutely anything to keep people talking about him. And it seems to be working.

I genuinely think that part of his plan is to come out of the gate with the wackiest, craziest things he can to push his opponents to be even more extreme. And when they’re screaming and trying to out-do each other, he’ll pull back, smile, and look like the reasonable option compared to the other loonies. And a lot of Americans will buy a ticket to his circus.

It’s tough to disagree about his media style.

But he is backing a plan to detain and relocate families based on their race. And he incites violence at his rallies and uses hypermasculine, entitled language to bully women.

It doesn’t matter to people hurt by him if he’s secretly “not really serious.” That’s fascist SOP to coarsen public feeling toward “others.”

I think we can all agree the douchebag in question is certainly enough like Hitler for us all to be Rather Worried. 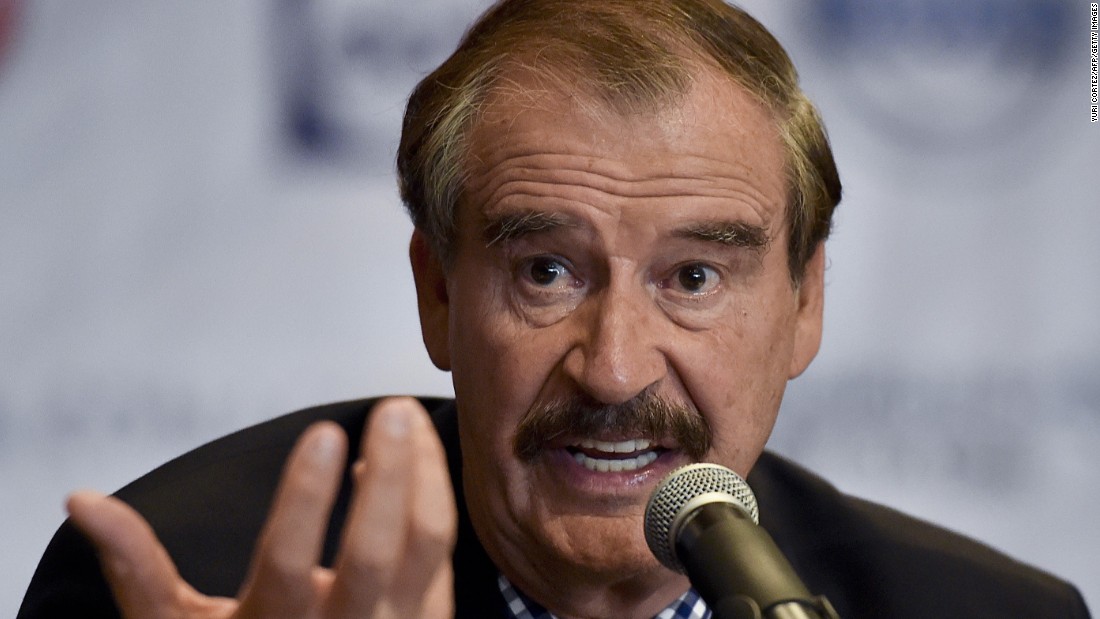 I thought we all agreed he was more like Mussolini or Berlusconi? 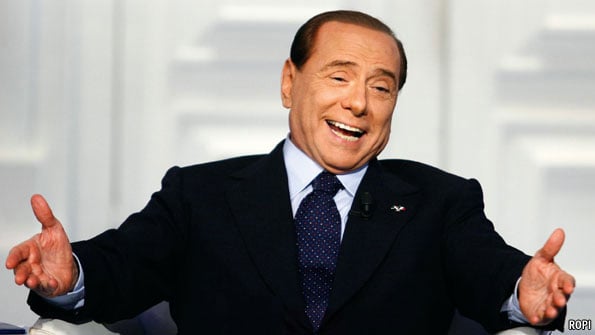 The man who screwed an entire country

The Berlusconi era will haunt Italy for years to come

It’s the explicit plan to use state power and angry mobs to bully, detain and relocate families based on their race that is tipping Hitlery.

Sure, but it’s not like Mussolini didn’t likewise use race to rally Italians, too. It just wasn’t as violently executed as Hitler’s was… Unless you count their attempt to conquer Ethiopia. It was much more about nationalism in the case of Italy. But perhaps Trumps comments about Muslims, more than Mexicans, can be seen in a Hitlery light?

I regret to confess that I enjoy learning about this history, esp. from a professional historian.

I might lose track of time and forget to attend the resistance meeting.

But for some Latinas who maybe lacked time to follow the question before, I suspect former Pres. Vicente Fox’s interview is enough to support a consensus political judgment.

I would ask the gentleman, is the university responsible for teaching the youth that Trump is not a fascist? Or should they be taught that fascism is acceptable?

Or maybe they should just censor any student writing that makes an old white Republican uncomfortable.

I thought we all agreed he was more like Mussolini or Berlusconi?

Shit, was I supposed to call Vicente? I’m sorry, I totally slipped there.

Trump is zombie-walking the national GOP into a repeat of the Prop. 187 effect.

The Fresno population is over half Latino. In some parts of the county, the communities are more than 98% Latino. It’s the 5th largest city in the state.

…[California] Governor Pete Wilson stoked the anti-immigrant fire not just in words but by supporting Proposition 187, a measure that denied undocumented persons access to any public services, including emergency rooms.

In 1994 the anti-immigrant fervor became ablaze when Republican Governor Wilson was re-elected and Proposition 187 passed by a wide margin, 59 percent to 41 percent.

Ultimately Prop 187 was found unconstitutional by the courts. But the message to California’s Latino population could not be undone.

In the aftermath of Prop 187, Latino voter registration increased much faster than anticipated by population growth alone. In addition to the disproportionate growth in Hispanic voters, California saw an increase in votes for the Democratic Party.

Up until the early 1990s California was a more or less politically balanced state with a slight Republican tilt. The GOP’s advantage disappeared in the matter of a year in large part due to the Latino vote.

The rapid growth of a Democratic Latino voice in California became known as the Prop 187 effect. The 2016 election may see a Trump Latino effect.

The rapid growth of a Democratic Latino voice in California became known as the Prop 187 effect. The 2016 election may see a Trump Latino effect. 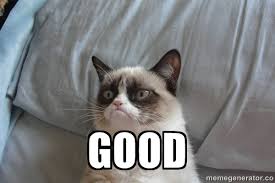 People need to find their voices and put a stop to 30+ years of GOP silly.

If it takes 6 months of President Trump, that’s what it takes.