Tillerson doesn’t want to “dignify that with an answer.” Note that he lowers the level of dignity of the surrounding area just by being in the room. Nothing like Trump, of course, who is essentially a galaxy-scale black hole for dignity. Also intelligence, couth, knowledge, compassion, etc.

“Not going to dignify the question with an answer.”

“That’s a great question, now let me reframe it and answer a different question.”

Get some new tricks, politicians. We’re finally starting to see through your word games, manipulations, deceits, code phrases, and dodging. Not just see through them, but actually shine a light on you with recognition that your behavior represents symptom of the systemic sickness permeating the old guard.

Trump has capitalized on this by appealing to the desire for something different.

We’re all looking forward to the next generation of politicians, who are not only intelligent, competent, and cunning, but genuine, authentic, and honest. Your days are numbered.

Every time Tillerson refuses to answer that question, he just confirms that he did call Trumpshit a moron.

If someone “accuses” me of being gay, it’s reasonable of me to refuse to answer the “charge.” Responding to it gives it a legitimacy that it doesn’t deserve. Denying it only gives it power. It “dignifies” that kind of accusation and treats it as an insult that must be defended against.

This isn’t that kind of thing. You called him a moron or you didn’t. Either one is plausible to me, and if you did, Tapper’s right: that’s news.

I completely agree with every word you wrote, and suspect most (or even all) readers here agree, as well.

It is frustrating to me, however, that I don’t know how to communicate with Trump supporters or even conservatives about the current president. I can’t begin to understand how they see him, and the reverse seems true as well. Not knowing how to even talk to conservatives anymore leaves me completely frustrated.

Is there any middle ground anymore?

Not knowing how to even talk to conservatives anymore leaves me completely frustrated.

Is there any middle ground anymore? 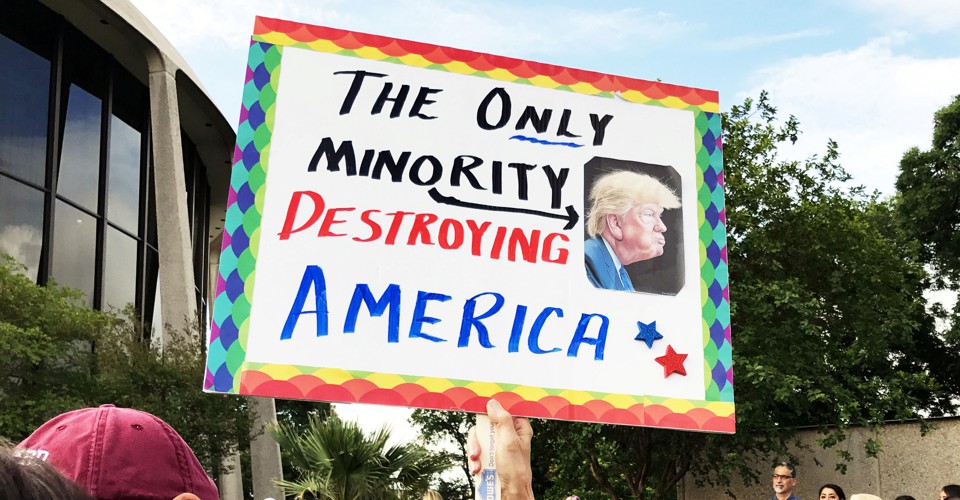 How American Politics Became So Exhausting

In a new book, the writer Alan Jacobs looks at why it’s impossible for people who disagree to hold a civilized conversation.

If someone “accuses” me of being gay, it’s reasonable of me to refuse to answer the “charge.” Responding to it gives it a legitimacy that it doesn’t deserve. Denying it only gives it power. It “dignifies” that kind of accusation and treats it as an insult that must be defended against.

I really look forward to the day when that scourge/moron is gone. I can easily imagine anyone who has to engage trump saying far worse than moron. It’s amazingly sad to realize that it is a likely reference to the president
I also look forward to the day when being asked if you are gay isn’t considered an accusation and people can freely answer without feeling like they are dignifying an insult. Progress is being made toward that. Unfortunately it is still used often without thought. It’s ingrained I realize but I wish people would consider the weight it still carries for others. Probably preaching to the choir here, I don’t mean it as anything personal, just a shot at awareness.

They cut the video short. The next sentence was, “If you want an answer, as the f’ing moron himself.”

Tillerson responded in his sternest voice possible.
“I was misquoted. I clearly slapped my knee and exclaimed 'What a maroon!” 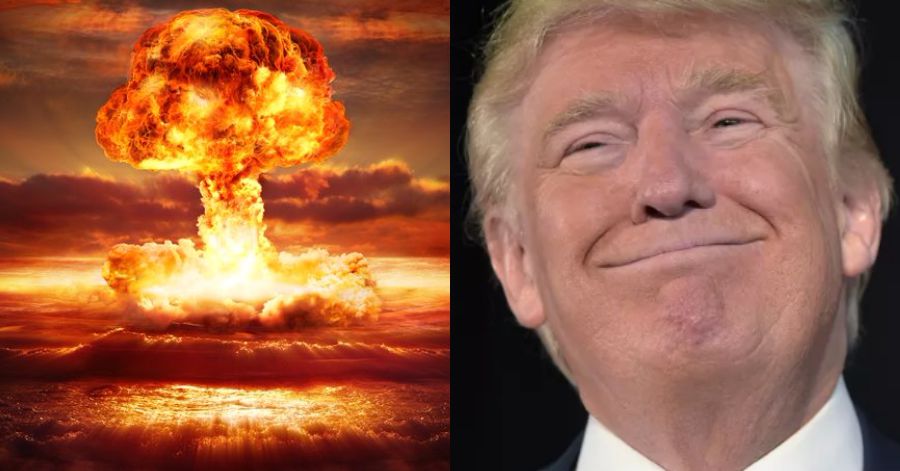 "Insanity and folly": experts on Trump’s proposal to build tens of thousands of...

"We now know why Tillerson called Trump a moron."

Tapper could have done an end run and gone back to the reason why Tillerson called Trump a fucking moron in the first place. He could have asked:

Oh, we really do need to get our stockpiles back up to levels of the Cold War?"

Trump’s plan goes beyond that; stockpiles weren’t reduced that much.

Tillerson probably isn’t offended by the diplomatic repercussions or danger of war; he’s just irritated by the waste of money. “We already have enough nukes to destroy all the countries we want, why build more when we could spend that money on yachts instead?”

I think you’re making the distinction that (perhaps) we scrapped the missiles but kept the nuclear components? But those are almost useless strategically without the missile and launch system to project it.

Trump was looking at the high water mark in the 1960s and saying “That! I want that!” He moronically saw the decline as a negative.

Just saying that the historical reduction was not as large as Trump’s proposed increase. He wants to take the US beyond peak Cold War levels.

Maybe he is also a moron.

Trump’s plan goes beyond that; stockpiles weren’t reduced that much.

When you start totally bullshitting, I start the citations.

Freedom of speech comes with a responsibility, and you missed wildly on that statement. Your rounding errors are every bit as important as those made by those with power. Because they are not in charge of your own rounding errors.