This is Ted Cruz’ big Hail Mary. He’s betting his entire political future on Trump winning and moving the GOP forward. If Trump loses, or if he wins and destroys things as badly as most people expect, Ted will never live this spineless endorsement down.

actually makes a lot of sense as I’m certain those are qualities Ted admires.

Seriously, who really gives a $#it?

Are we supposed to be surprised that Ted would be OK with an utterly amoral bully, narcissist, and pathological liar?

Better name for a judge than a politician, I’d say.

Hey! There’s a spare seat on the Supreme Court…

whom he earlier called an utterly amoral bully, narcissist and pathological liar

Trump is a pathological liar who attacked my family. But Clinton had pneumonia. Since I can’t endorse pneumonia, I’ve no choice but to endorse Trump.

“I don’t retract any of my statements that Trump is amoral, a bully, a self-obsessed narcissist, and a liar who viciously attacked my wife, my family, and accused my father of assassinating JFK. But hey, at least he’s not a woman, amirite guys?”

Then, no-one felt Trump could win. Now, though, things are looking likely.

Is this true? I’ve seen headlines showing the polls are narrowing but I haven’t seen any serious analysis indicating Trump has any real chance of actually winning.

Clinton’s Leading In Exactly The States She Needs To Win

I presume this is in the T S Eliot sense of “advancing progressively backward”?

Is this true? I’ve seen headlines showing the polls are narrowing but I haven’t seen any serious analysis indicating Trump has any real chance of actually winning.

National polls are very close, but state polls in key states show a much wider gap. Trump’s doing next to no advertising in the key swing states, has very little ground game, and has a fraction of the campaign funding Hillary does.

Eh? Nate Silver’s own analysis on 538 has Trump with a 40% chance of victory as things stand. It’s deeply depressing.

One very rare positive thing about this election is that it finally and comprehensively puts the lie to Republicans always nattering about ‘Character Counts’.

You guys picked Trump and Cruz, now STFU, I don’t want to hear about it ever again - at least from you guys.

Eh, they’ll use it again anyways. 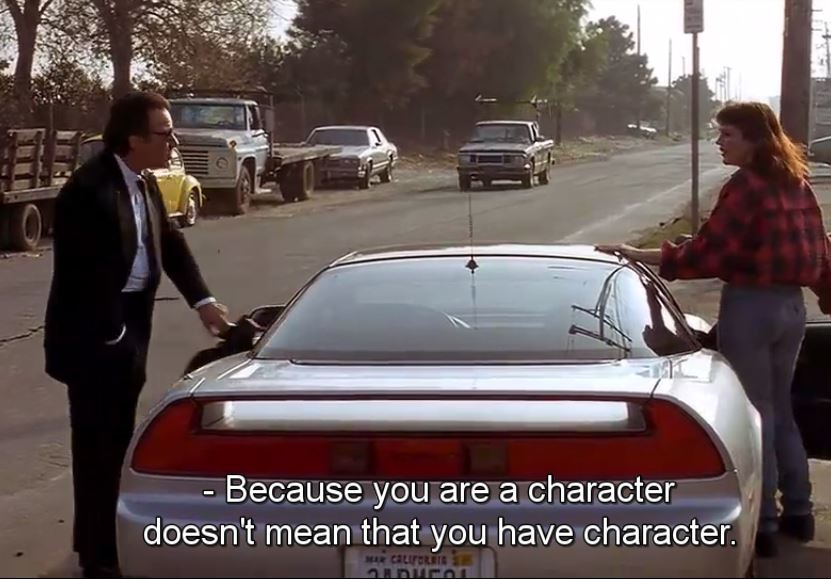 That’s pretty rude to the weasels, comparing them to Ted Cruz…

Eh? Nate Silver’s own analysis on 538 has Trump with a 40% chance of victory as things stand. It’s deeply depressing.

Well, 38.3%, which is still pretty disturbing… at least it is trending downward.