Wait, his dealer kicked him out of his own house for making up a story about duping drug dealers? Is is saying his weed guy just stole his entire house?

Ah, but sometimes lies are entertaining.

Great example of a fun, but probably bullshit collection of stories: https://forum.starmen.net/forum/General/Discussion/Chronicles-of-Bruiser-A-Street-Sweeper-s-Tale

Great example of hilariously bad bullshit stories, which are fun because everyone makes fun of them: 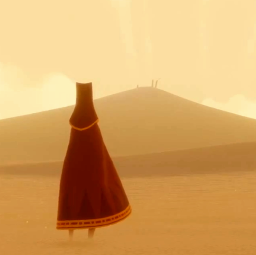 Shrine of the Mall Ninja

This is a collection of the wisdom posted on the internet by a guy calling himself Gecko45. It all started back at the end of the halcyon summer of 2001, and his posts have created a certain urban …

People like contributing to gofundmes when good people are befallen with bad things they can’t control. This isn’t that.

From the gofundme page:

I recognize I’m only in this position because of my own vanity and stupidity, but I’m hoping you’ll want me to live long enough to maybe have a shot at making a movie out of the story you enjoyed.

this story keeps getting dumber and dumber.

How deep can it go? I’m not quite there yet, but after a couple more levels, I might be hooked.

Saw the “story” on IMGUR yesterday and only got about half way through it before I stopped because of how dumb it was with inconsistencies. Now I’m thinking the whole thing was a stunt by some piss poor writer who wants to turn their made up crappy story into a screenplay! Screw this guy and lets not waste anymore time on his mediocre story.

As he says in the medium piece “I did it because I wanted to showcase my writing abilities, and get attention.” Like the last story this is him trying to get a job writing screenplays. His stories aren’t bad. It might work

Enh, anyone can make up a good story (just write about a kid who finds out that they have access to a secret, magical world…). If you want to be a screenwriter you need execution. The weed dealer kicking him out of his own house is not the kind of execution you want.

He gets ONE like from me for having Andy Kaufman-sized balls, though.

And then hit, “Give me a fucking break.” when he was hustling the gang members.

And because the armed MS 13 who traveled all the way up to meet him are soooo gonna pay him $5,000 for the van in the story. Verrrrry plausible.

He’s in approximately as much danger from MS-13 gang members as Vince Gilligan is from the Mexican cartels. Good for him to try and spin his “regret” into asking for people’s money, though?

"I’m just an opportunistic asshole with a brilliant imagination."

haha no. I know a few (professional) writers. None of them ever refer to themselves as brilliant, even the incredibly talented ones. Maybe this part of the story was planned from the start (as in he wanted from the beginning to write a movie about a guy who makes up a viral story and then it bites him in the ass) but I don’t care. Either way the story is “dopey idiot gets in over his head.” No thanks.

In philosophy and logic, the classical liar paradox or liar's paradox or antinomy of the liar is the statement of a liar that he or she is lying: for instance, declaring that "I am lying". If the liar is indeed lying, then the liar is telling the truth, which means the liar just lied. In "this sentence is a lie" the paradox is strengthened in order to make it amenable to more rigorous logical analysis. It is still generally called the "liar paradox" although abstraction is made precisely from the...

Plot twist: His original story was true, but the IRS came after him for the taxes on the money he made selling the heroin.

Street gangs exist specifically for the purpose of visiting violence on people who would attempt to take advantage of a group member. They gain their power through the fear of that violence. If they allow the public to think that threat is not real, it undermines their entire operation. This guy’s story on the largest platform in the world, portrayed them as foolish and suggested that he escaped retribution. MS-13 should be highly motivated to hurt this man in a very public way. This man is an idiot. He should change his name and move to Lebanon.

“Up Next: Van Guy’s Lebanese Series of Unfortunate Events”!

I’m betting his nan wrote him a paper check and he deposited for her. His nan used to run an opium den so she understands. But then she met Elvis… but that’s another medium story…