The 19 Republicans who flipped positions to support Obamacare repeal

I’m surprised Gohmert is on that list. When it comes to supporting GOP legislation that’s stupid or mean-spirited or promotes greed he usually doesn’t doesn’t have to be flipped. It’s the guy’s personal brand.

This is not precisely accurate. The NYT lists these dudes as the “hardline conservatives” who flipped. My own Representative, Rob Wittman (R-VA), also flipped but he’s not in the “Freedom Caucus” so isn’t covered in the NYT article. But he’s yet another white man who stabbed us in teh back.

"There’s something odd about them. "

Oh, c’mon. . . Republicans are usually white males, there’s nothing odd about it at all.

Oh, weren’t they allowed to do that before? My insurer apparently didn’t get that memo.

I’m surprised Gohmert is on that list. When it comes to supporting GOP legislation that’s stupid or mean-spirited or promotes greed he usually doesn’t doesn’t have to be flipped. It’s the guy’s personal brand.

For those living in those districts, you know what you have to do for 2018.

How to Organize a Voter Registration Drive

This guide provides some easy steps to running a successful voter registration campaign. Read on, and remember that the AAUW public policy staff is here to help — consider them your resource and sounding board. Read more »

Sooo… when are you folks finally going to get pissed enough to stage a revolution? (Or at least a class war.) The rest of the world can’t believe what Americans tolerate from their ‘government’ or, in may cases inflict on themselves by voting for people that very obviously don’t have your best interests at heart.

Yeah, that’s the big thing. Get people out to vote these scumbags out.

Plus don’t forget the gerrymandering that the TGOP has done over the years to keep in power.

There already is a class war. The middle and working classes are losing it badly and many don’t even realize it.

It won’t happen. The ones who are most likely to stage a revolution like that are firmly on the side of the TGOP. If anything happens it will be the militias and gun nuts going after the “liburls!” and “GAYZ!” and “mooslims!” etc to “clean” up America.

Whores gonna whore. Anybody notice that Impotence is conspicuously absent from the list of preexisting conditions that are excluded from Trumpcare? Because the limp-dick Republicans GOTTA have their VIAGRA.

This can’t hurt either Where to get help. Organizations at work on strategies for citizen-led reforms of gerrymandering or filing lawsuits against partisan gerrymanders. 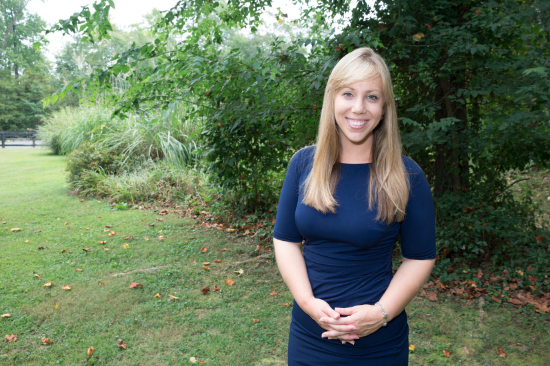 Are you sick of Republican gerrymandering? Here's how we fight back—starting...

The list is missing Rodney Frelinghuysen, of NJ-11. He’s the chair of the appropriations committee, with an undeserved reputation as a moderate, who was instrumental in the last-minute scuttling of the first AHCA bill. But then (allegedly after his chairmanship was threatened), he flipped and voted yes on this bill. If you’re in NJ-11 (or even if you’re not), here’s a group specifically committed to replacing Frelinghuysen in 2018: http://www.nj11thforchange.org/

Oh, weren’t they allowed to do that before? My insurer apparently didn’t get that memo.

you mean before they were hiking by, like 20 percent? because the new thing is in the hundreds of percent if you have the bad fortune to be sick or old

Mine was set to go up a mere 50% at the beginning of 2016, but that was enough to make me drop it and try a health care sharing ministry.

Healthcare Ministries are this weird exception to ACA regulation. They don't count as "insurance," but they do exempt you from the penalty for being uninsured. The "coverage" in the one we signed up for is WAY better than the Bronze level plans on the NC marketplace, and it's less than half the cost per month for a family of four. The cons are that they don't take preexisting conditions, and they're not obligated to pay anything. Which is to say that if you submit a bill to them and they've…

But he’s yet another white man who stabbed us in teh back.

I hesitate to touch this with a ten foot poll, but unless he did it because he was a white man, I think this line of thinking leads to a bad place for everyone.

Except, what if it is, at least partly, done because of being a white dude?

I mean, #NotAllWhiteMen and all that, but statistically, we (white people + men) voted for this crap

ETA:
The liberal party in BC has been experimenting with enforced demographics in terms of the candidates they field, and I am super uncomfortable with that. But pointing out that white dudes (mostly also straight & wealthy) have been spearheading the wrecking of the US social safety net isn’t exactly a radical position.

I think gross generalizations of people simply because of their race and gender is intellectually lazy and ultimately harmful.

I can’t think of a single instance of such thinking that didn’t breed hatred and resentment on both sides.