The average penis size is

You may not actually be a great judge of size, Did you measure those penises or are you just assuming they are larger, using nothing but your memory? Human memory is … suspect. Or you just have a very small sample size. But, 5.5 is bigger than you think. though. A vagina is only about 3" deep, anyway. Are you aware of that? Most women don’t like their cervix hit (some do! but most don’t).

I have gone through life convinced that I was on the smaller side of average, yet multiple partners have found me too large in various circumstances or positions. So I’ve just learned not to sweat it, and now accept that it is indeed a culturally induced hangup.

And if you’re truly concerned about it, you will get off your ass and start leading a more active lifestyle so that Mr. Happy continues to achieve full size as your circulatory system ages; a small dick that works will please more partners than a large one that doesn’t.

I already had children (and grey hair!) before I found out that condoms come in different sizes. Hell, I’d already heard the joke and I still didn’t clue in.

The average penis is unfathomably large. It swims through the unexplored ocean depths, finding its way by means of echolocation. Although these creatures are solitary, they tend to form small, close-knit family units while raising their young. Not having many natural enemies, the average penis still faces danger from the greatest predator of all – man.

Whoa, all this time I thought it was supposed to be twice my thumbs length.
What a relief!

This weekend, I was poking around on Yahoo and saw a link to a “trending” question on penis size. It sounded neurotic and I had a laugh. On the question page, it offered three other links to trending questions. Two of those were also about penis size. So I clicked on a few more. I was surprised to find that it appeared a vast majority of their hot questions were about penises

It might also matter how fat the dude is, or more specifically how much fat he’s carrying in that pubic bone area.

A vagina is only about 3" deep, anyway. Are you aware of that? Most women don’t like their cervix hit (some do! but most don’t).

Right, but it doesn’t expand THAT much. It’s not a freakin’ ever-expanding rubber cavern in there. Penises also expand when aroused (that’s what an erection is) but not to infinity.

It’s got to more than double, no?

unrelated: if this isn’t self reported… how did they carry out the measuring?

Just look at it…

For childbirth, yes, but that’s not the same thing as sex. Childbirth isn’t known to be pleasurable. It’s known to be painful.

So… How would you measure flaccid length? I mean, there’s quite a difference in flaccid length depending on conditions. ‘Just got out of a hot shower’ is quite different from ‘just finished a long bike ride in the rain’.

The distribution graph for this study did have some interesting aberrations: 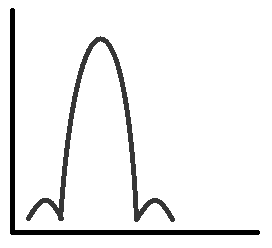 Canst thou draw out leviathan with an hook? or his tongue with a cord which thou lettest down?
2 Canst thou put an hook into his nose? or bore his jaw through with a thorn?
3 Will he make many supplications unto thee? will he speak soft words unto thee?
4 Will he make a covenant with thee? wilt thou take him for a servant for ever?
5 Wilt thou play with him as with a bird? or wilt thou bind him for thy maidens?
6 Shall the companions make a banquet of him? shall they part him among the merchants?
7 Canst thou fill his skin with barbed irons? or his head with fish spears?
8 Lay thine hand upon him, remember the battle, do no more.
9 Behold, the hope of him is in vain: shall not one be cast down even at the sight of him?