The flag code specifically prohibits “all kinds of shit being sold with flags on it.”

See Also: Houston Astros celebrating the flag by having outfielder Josh Reddick wrap one around his ass and genitals and then getting doused with beer by his teammates.

Nothing says “respecting the flag” like the smell of beer balls.

No, the REAL outrage is drinking beer through a straw. Who does that???

I used to be in a band which comprised of two drunks, a junky, and our singer/babysitter. We drank in the van constantly, and when we went on tour we’d all get empty soda cups from gas stations to drink from, so as not to arouse extra suspicion from police. (We did not have to do this when playing locally because the cops in our town didn’t give a shit as long as you weren’t driving)

It’s really not bad when you get used to it. Probably worth bearing in mind that we generally drank the beast, so it wasn’t like, ya know, good beer to begin with. It does make it so it’s pretty easy to forget how much you drank, however…

Well, I’m not buying or selling anything with the flag on it, nor am I defending those who are. Obviously the general public and those in office don’t care enough to stop it.

Feel free to do something about that.

If you look at the full sized picture on the linked article, it looks like an actual flag to me, not a terrycloth towel. And that thick white edge looks like the heading on a flag (the part that you attach to the halyard).

Did I miss the part where this flagsitter is a hypocrite? Did he speak out against the kneel-during-the-anthem protestors?

If he did, then yes: he’s an assface.

If he didn’t, isn’t he just some guy?

Okay, then. Assface it is.

Um… here in Texas, I’ve seen almost every flag on this page:

The Thin Blue Line is a phrase used by law enforcement. The phrase refers figuratively to the position of law enforcement in society as a bulwark between order and anomie, or between criminals and the potential victims of crime. The term began as an allusion to the famous Thin Red Line, when a British regiment held off a Russian cavalry charge during the Crimean War in 1854. The term is derived from the Thin Red Line, a formation of the 93rd Highland Regiment of Foot of the British Army at the ...

Including that last one in your post: a U.S. flag with a blue stripe laterally in the center.

I have also noticed the application, laterally, across the back window of cars and trucks, of a similar blue-color masking tape as well.

An educated guess. Any gun owner here on the bOING bbs can surely do a better job explaining.

There is one more Texas tradition, something you see hanging on ranch gates and homesteads out here, yes, still, in 2017:

I can feel people who understand the U.S. flag code cringe inside when they see that antiqued-looking back window decal of the U.S. flag. It just feels so outta hand.

Oh dear, it looks like someone has started a dang catalog of egregious abuses: 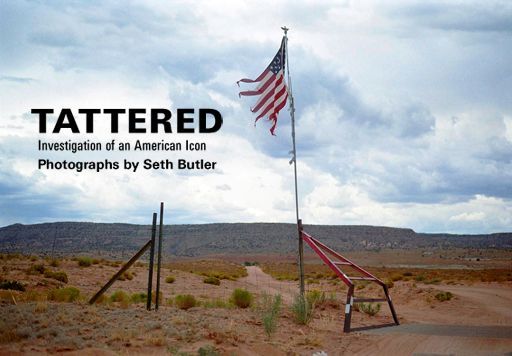 Seth Butler documents tattered, disrespected flags, and explains what section of the US Flag Code has been violated. www.sethbutler.com

Yes, you have correctly identified the hypocrisy being demonstrated.

That flag has come into recent popularity across the US as a retort to the black lives matter movement, generally symbolizing “blue lives matter”; yet another cheap, thoughtless redirection of attempts to discuss and dispel endemic racism.

Oh man. Ok, thanks for this.

I seriously used to (surreptitiously) watch all the people with these pieces of blue tape on their back windows when I was stopped at a traffic light with them. I am a brown person. I was always wondering what they were thinking and what that tape was meant to convey. The drivers all seemed pretty conservative, even here in Austin (which yes is surrounded by the rest of Texas, I am aware).

I am not sure I am relieved to hear, but your explanation fits with the wikipedia details. At least I won’t worry that the blue stripe is “I am packing [a gun] so STFU and GTFO.”

Can’t we all just talk to each other?
This nonverbal communication stuff is unclear, exhausting and stressful.

Some friends started this, I don’t really know how much they are doing these days with it… I sense it is still in its embryonic stage:

I am guessing that this piece-of-blue-tape business can mean additional stuff,

The Blue Lined flag is in support of officers in general. I used to see it only on people related to cops. Now thanks to BLM it seem to be more common. Its tribal branding.

I think it’s also a lot like those stickers they give you if you donate to say the Police Widows fund. It’s a “Please don’t give me a ticket.” flag.

I have a CCW and never heard of it used for that.

Thanks Mister(44) for setting the record straight here.

I sensed a tribal-branding connotation. I am just really glad it’s not 100% “yo, I got a gun here” when I feel surrounded at stop lights and parking lots. It’s still mildly creepy to me but I am not 100% white. I guess I am still left wondering what these people are thinking of me.

People are talking! BLM, #metoo and a whole host of other initiatives are speaking out and winning the future. The people who display this type of rubbish are simply signaling that they aren’t willing to join in any form of civil discourse. The next time you see one, count the cars that aren’t displaying any thinly veiled messages of bigotry. These troglodytes are definitely in the minority. I’d say 38.1% or less.

To start with I have to say I don’t have a lot of emotion invested in the flag one way or another. I don’t particularly take pride in “our boys” in the armed forces either. Most people I know who are or have been in the military joined because they thought it was cool, wanted a job or wanted their college paid for. I have met the super patriotic vets, who often incorporate emblems, style of dress or other means of displaying their connection to the military. In other words for many military people it seems like a tribal thing. They take great satisfaction in belonging to the military tribe. Not one of these people have I ever heard complain about the treatment of the flag. They don’t care that businesses will fly it 24/7, rain or shine, plaster it on any trinket, shirt, drink cup or tattoo.

Unless it’s being done by someone who they don’t like. For this reason it seems glaringly obvious that the real objection to taking a knee during the national anthem is because it’s a BLACK MAN who is doing it.

Does SOCPOTUS give a damn about the flag or the country it represents? Somehow I really doubt it given the respect he shows that nations people and laws. This whole stupid thing is just another one of his distractions.

Oh shit, I just thought of the idea that will make me a millionaire! American Flag Truck Nuts! I said it first, you can’t steal it from me.

I am sorry to report 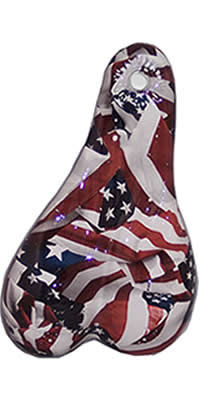 The “Ah won’t not touch mah self ‘tween mah butt-hocks fur fear it will be makin’ me gay!” Guy? That one?

It’s funny, I don’t really get the strength of feeling. It’s just a flag. I’m British but live outside the UK - it makes me smile when I see the Union Jack** on display, on t-shirts, towels, or whatever else. Why is it NOT OK?

** I’m happy to see the world has come to it’s senses and accepted that the flag really is called the Union Jack, wherever it is flown: https://www.flaginstitute.org/wp/british-flags/the-union-jack-or-the-union-flag/