Is there ANY scenario where the Republicans would abandon him for Pence via 25th amendment*? I’m seriously asking. What would have to happen?

The GOP Congressmembers would have to see supporting Trump as a greater threat to their wealth and power than opposing Trump. Any replacement they put up would be intended to consolidate their hold on power, not weaken it.

Trump isn’t the problem; the Republican party collectively is.

I’m hoping Trump will prove to be a solution to that problem, in a “Oh, GOD, let go of my leg, I’m losing my grip on the railing please please don’t let us both die oh GOD . . .” way

Jesus, he’s still babbling on about the election and the electoral college. HE WON. However shady and fraudulent the win, it was a win. Does he not understand that? Does he have to keep repeating it, six months later, to prove it to himself?

Yes, I realize that, but what would tip them over? I’m just grasping at straws wanting to know how far they will let him go because my fingernails are bitten to the quick with each new constitutional crisis and Open Letter from the editors at the NYT to Rosenstein and on and on and on …

That’s the hell of it, right there. 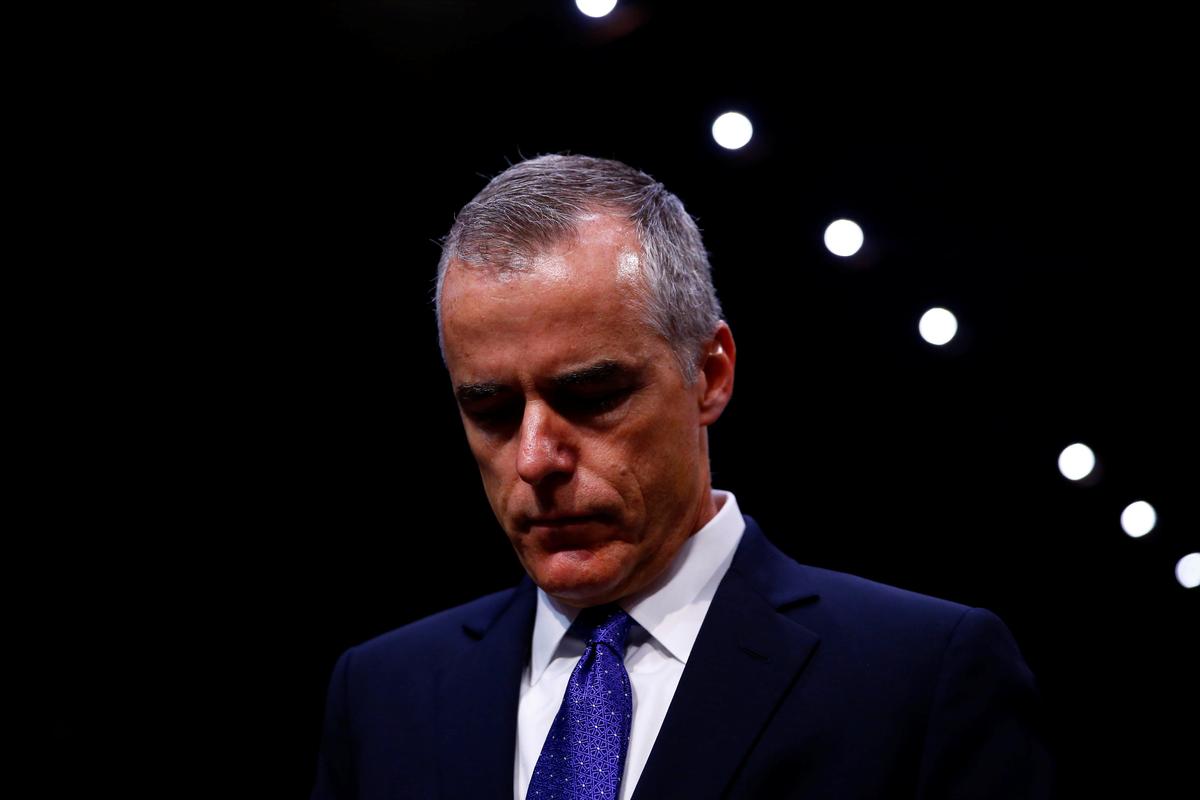 President Donald Trump on Thursday ran into resistance for calling ousted FBI chief James Comey a "showboat," an attack that was swiftly contradicted by top U.S. senators and the acting FBI leader, who pledged that an investigation into possible...

He’s not doing anything to hide what he’s doing, so there’s no cover-up. Just the crime itself.

I haven’t seen anyone put forward what seems to me to be a simple and all-too-plausible explanation for Comey getting fired: Trump saw a Fox News report on Comey claiming to feel “nauseous” about possibly having affected the election outcome – and that was that.

The dark-comedy movie about these times is going to totally rock. 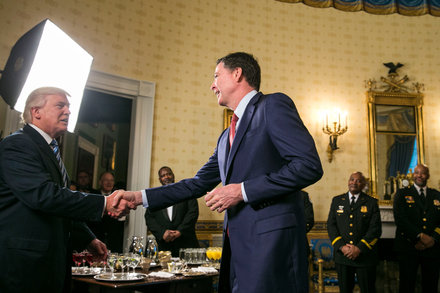 James B. Comey’s associates say he now believes his unwillingness to pledge personal loyalty led President Trump to fire him as the F.B.I. director.

Here you go–a simple, plausible explanation from, well, the man himself.

However shady and fraudulent the win, it was a win. Does he not understand that?

He thinks the “fraudulent” part was that he didn’t ALSO win the popular vote, so I’m gonna say no.

Why didn’t Lester Holt follow-up on each gift of a response from Trump?

I’m no neurologist but I’m starting to think it’s frontotemporal dementia, either Pick’s disease or some other form.

I’ve noted before that he’s been weirdly unable to self-censor or filter his own speech this past year; he’ll frequently blurt out whatever he’s thinking unfiltered, even when he knows he’s supposed to say otherwise. That’s not a typical element of narcissism or sociopathy, where they tend to be very good at covering their intentions and saying all the right things they’re supposed to.

Something like this is the perfect example. Mr. Trump just spent a week or so on what - for him! - is a cunning plot to make somebody else responsible for him firing Comey, he had Sessions and Rosenstein write him letters urging him to do it, he got somebody to draft a letter firing Comey for him to sign, and had all his staff go out and spend two days telling the world how he just had to do it because Rosenstein urged him.

Then he schedules an interview, and even though it’s entirely against his interest and against all his planning, without even being quizzed seriously about the topic, he just blurts out spontaneously that he had been planning to do it all along, that it didn’t matter what the recommendation said, and that it’s all about the Trump and Russia investigation.

That loss of ability to inhibit is one classic presentation of frontotemporal dementia.

(I hope I’m wrong about this, because that would not be a good thing.)

That loss of ability to inhibit is one classic presentation of frontotemporal dementia.

(I hope I’m wrong about this, because that would not be a good thing.

against all his planning

Trump doesn’t necessarily give a shit. Does he even want to be president? Does he understand that he’s in trouble? People ask him questions and he keeps changing the subject to food.

The dark-comedy movie about these times is going to totally rock.

James B. Comey’s associates say he now believes his unwillingness to pledge personal loyalty led President Trump to fire him as the F.B.I. director.

I hate to bring this up, but the parallels are too obvious.

The term Hitler oath refers to the oaths of allegiance, or Reichswehreid, sworn by the officers and soldiers of the German Armed Forces and civil servants of Nazi Germany between the years 1934 and 1945. The oath pledged personal loyalty to Adolf Hitler in place of loyalty to the constitution of the country. On the day before President Paul von Hindenburg's death on August 2, 1934, Hitler's cabinet had enacted a law combining the offices of Chancellor (the head of government) and President (the...