Trump cancels campaign events: is he sick or is he sad?

Perhaps he’s mulling over John Oliver’s proposal? (I know, but I can dream, can’t I?) 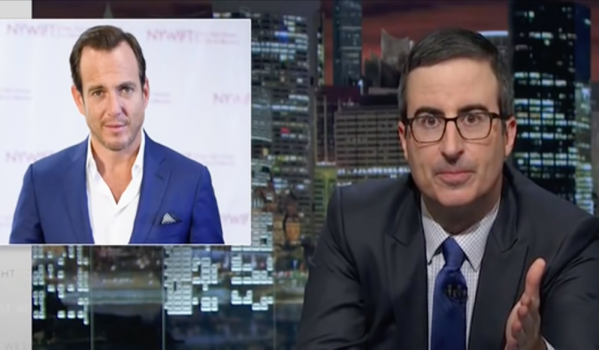 Oliver enlisted Arnett to read from a children's book called "The Kid Who Ran for President" to help advise Trump on his options for dropping out of the race.

“Mr. Trump, the media’s focus on you is slipping.”

“Here’s my idea. I’ve got the best ideas. Huuuge ideas. Look at my ideas! Just look at them! I’ll go dark. Drop out of a few planned events. I’ll cancel public appearances. That’ll get the press talking and I won’t have to spend anything on advertising.”

The one thing I’ll give the guy credit for is he knows how to stay visible even when he’s not doing anything.

So he’s the Kim Kardashian of politics?

There’s also the fact that Trump apparently sees big, enthusiastic rallies as evidence that he’s doing great and gonna win if “they” don’t steal the election. Could it be that the new campaign brain trust has convinced him that it isn’t so, and that what he really needs to do is focus on fundraising and wooing undecided voters rather than basking in cheers and creepy chants? Naaaaah…

Spot on. I read this as Trump’s game of musical chairs with campaign staff finally paying off. Or at least he’s starting to listen to them. I expect Clinton’s poll numbers to take a hit if he can shut up long enough to make the election about her.

if he can shut up long enough to make the election about her.

I don’t think he can do that.

And even if he can, it may be too late anyway, since he’s already provided an endless supply of nasty bullshit for use in Clinton’s advertising. I haven’t seen any of her ads, but surely Clinton is doing little more than splicing together clips from Trump’s speeches and interviews?

I also wonder: if he can soften his rhetoric and successfully backpedal on some of his more odious pronouncements, will some of his existing supporters start to get cold feet? After all, he will no longer be the guy who “tells it like it is”, he’ll just be another mealy-mouthed politician.

Being a 70 year old man is dangerously close to being a problem on its own. I can’t find any figures for incapacitation(possibly because I suck at research, possibly because that’s a somewhat poorly defined state compared with death); but the CDC has 2011 expectation of life for a 70 year old white male at 14.3 years, with no particular guarantee that you’ll be operating at full capacity until the end.

Given term limits, you don’t really need a president with more than an 8 year warranty; but trying to sell a candidate on physical vigor is pretty ridiculous when we could go with a barely constitutional 35 year old half his age if that were the primary factor.

One may hope that, in the most Soviet way possible, he “has a cold.”

I figure it’s none of the above. The speeches he was going to make were going to focus on immigration, and it’s quite clear he’s just flip-flopped on his position on that. The shit-tenders need time to re-calibrate the random-word-generator underneath his dead mink carcass before he can go on stage again…

We’re at the awkward period of the election where a lot can still happen, but time is definitely not on his side. I certainly don’t want him to win, which is why I’d rather err on the side of overesrimating his intelligence, just in case he stumbles into what a shrewd person would do by accident. But, you’re right, he’s not likely to turn things around.

I think Trump will resign his candidacy before the election if he thinks he’ll lose.

I think so too. I also think that some health issue would be the perfect way for him to bow out without having to say he was defeated. The more I think about this, the more convinced I am that it will happen.

I think if they time this right, they can wipe Clinton off the map. Have a RNC part deux just before the election and the inevitable bump that the second convention would garner the GOP would be more than enough to grant them a significant victory over the Democrats.

is he sick or is he sad? 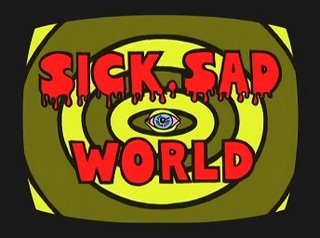 This is an example of the “you are, but what am I” responses to Trump that allows him to drive the direction of campaigns. He questions Hillary’s health, so his opponents question his health.
It would be better to find a new line of attack–in this case, the obvious answer seems to be he is cancelling events because his campaign is in disarray, he is finally trying to get to the discipline of following a teleprompter, but he has no idea what to put on that teleprompter.
Or put another way, he will flip-flop and say whatever it takes to get elected, but he can’t figure out what that is right now. He lucked into a message that got him the GOP nomination, but now can’t figure out what he should say, and since he lacks any real core beliefs (or core of any kind, really) he is flaying. It’s critical to hit him now on that, before he lucks into another message that works.

Maybe he had to return home for Pon Farr. On whatever illogical planet is the opposite of Vulcan.

I’m wondering if the recent revelations about his campaign’s copious payments to itself – including quintupling the rent on his Trump Tower HQ in June, paying himself $170k a month in rent out of campaign donations – is the start of some large questions about how much of a very real scam this campaign is, and he’s doing some emergency “bookkeeping”.

It’s home to the Vulcans who rejected Surak’s disciplines of logic and set out to found another world, where they could let their emotions run free without those pesky logical Vulcans trying to repress them.

If he goes missing, check the Appalachian Trail.

I get the joke, but if he goes missing, I for one am not much inclined to check anywhere

What does one of those look like? I only remember seeing joke ones.