Trump felt he served in the military, however he did not

He feels a lot of things that don’t have much basis in reality.

The myth of the victimized, over-taxed, virtuous, and morally superior [m][b]illionaire would be laughable were it not accepted as religious truth by the GOP TeaBaggers.

Honest (if a bit loaded) question: how is Mr. T any crazier than electing someone who takes advise from an invisible person who lives in the clouds on all important political decisions? We haven’t elected anyone to top office that doesn’t do that - it is basically a prerequisite for that job - why is that OK and this isn’t. How is making stuff up on your own any worse than making stuff up with the help if an imaginary invisible friend? Is it simply that so many citizens have an invisible friend so that’s “normal” - well, it is not normal nor sane.

We truly deserve a Trump/Palin ticket to win before we stand even the slimmest of hopes of waking up.

Mr. Trump is not wonderful, so why so much of him?

You haven’t elected anyone President who claims not to do that. Big difference.

The imaginary friends of politicians always seem to say that what the politician wants is their will. In his book God Knows, Joseph Heller has King David ask the Lord whether he should do something, and the Lord always tells him to go and do it - right up to the point that he gets into a snit with God.

Anyway so I never had to do that, but I felt that I was in the military in the true sense because I dealt with those people…

I drank some Tang once. I guess that’s pretty much the same thing as going to the moon.

While some (like Mr Bush) most definitely seem to believe that the God they pray to is giving them actual tangible political advice, I get the impression that other Presidents make a bit of a show about mentioning their faith and its guidance, given how intensely important those references are to a huge number of Americans.

Mr. Trump is not wonderful, so why so much of him?

The assumption/fact that you have to be a practising xtian to get elected is indeed disturbing. And for that matter, we should probably be more concerned about anyone with so little self-doubt that they’d volunteer to become president. But there are degrees of religiosity, and degrees of egomania.

To compare Trump’s egomania with an equivalent degree of religious delusion, you’re not talking about someone who casually goes to church on Sundays, you’re talking about Pat Robertson, or the Ayatollah Khomenei.

Sorry your moon experience was so weak. You see, my time is far too valuable, so I had my people bring the moon to me! I made the moon wait in the lobby for a couple years, just to show it how I’m important and how insignificant our celestial neighbor is. We shook hands, and now that bastard rock owes me a favor. That’s why it shines at night – to remind you to buy my musk. 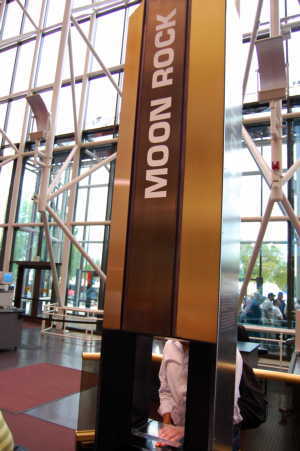 I’m hoping for Trump/Cain. “Pizza and real estate! Together at last!”

You just need to dress it up right.

We Shall Overcome by Bernie Sanders & Thirty Vermont Artists on Amazon Music - Amazon.com

I drank some Tang once. I guess that’s pretty much the same thing as going to the moon.

I think it only counts if you were going to Space Camp at the time. It’s the same thing as being a real astronaut, right?

Honest (if a bit loaded) question: how is Mr. T any crazier than electing someone who takes advise from an invisible person who lives in the clouds on all important political decisions?

Not all of them are domestic-abusing fascists.

So yes, I’ll take a well-acting Christian any day over a nasty secular person.

That invisible person who lives in the clouds is the most abusive fascist ever though, so not one to look up to nor take advice from.

[quote=“pixleshifter, post:9, topic:65336”]powered by clattering outrage engines[/quote]Why, that’s beautiful. I shall endeavor to use that in conversation in the future. (Also, excellent name for a band.)

I think it only counts if you were going to Space Camp at the time. It’s the same thing as being a real astronaut, right?

From what I remember of bad 80s movies, yes. SpaceCamp is a 1986 American space adventure film inspired by the U.S. Space Camp in Huntsville, Alabama. Directed by Harry Winer from a screenplay by Clifford Green (as W. W. Wicket) and Casey T. Mitchell, the film stars Kate Capshaw, Kelly Preston, Larry B. Scott, Lea Thompson, Tate Donovan, and Joaquin Phoenix (credited as Leaf Phoenix). The film was panned by critics and is famous for being a "marketing nightmare," as it was released less than five months after the Challenger accident of Janu...

I have to confess, I’d heard the term ‘outrage engines’ before, I think (it may have been something similar). The term may have come from @shaddack

The term may have come from @shaddack

From me it was “outrage economy”. I thought briefly that I invented that expression but a brief googling shown that it is a rather obvious name for the concept.