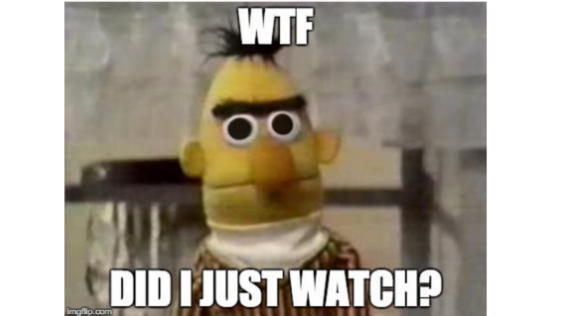 This is wrong and inflammatory. Please review a longer clip to get the context and make a correction. 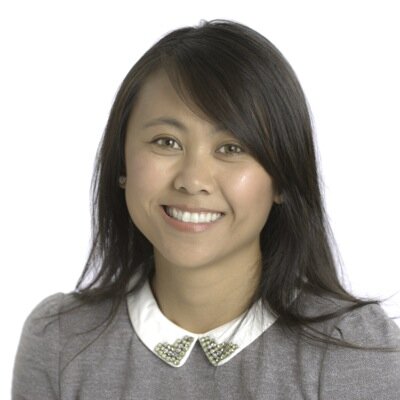 UPDATE: Once again, the Labor Department acknowledged making errors in how it classified people as employed and said the real May rate is worse than the numbers indicate. The gov't made the same mistakes in April.

The Labor Department admitted that government household survey-takers mistakenly counted about 4.9 million temporarily laid-off people as employed. The government doesn't correct its survey results for fear of the appearance of political manipulation.

Had the mistake been corrected, the unemployment rate would have risen to 16.1 percent in May. But the corrected April figure would have been more than than 19 percent, rather than 14.7 percent. Updated story is here: mprnews.org/story/2020/06/…

So on top of appropriating the legacy of a dead Black man, he’s also boasting about things being far better than they really are. Of course.

This is wrong and inflammatory.

Please review a longer clip to get the context and make a correction.

How about you give us a hint yourself, since you seem to be all fired up about this?

As opposed to other days, when it’s just psychopathy approaches psychopathy, shakes hands, and continues on to psychopathy.

What a fucking piece of human shit!

CA has reopened in many areas, including hair salons

I am not in a position to judge how good of an idea that is. But it’s worth noting that, anywhere social distancing has been taken seriously, there’s going to be a significant lag between “legally allowed to open” and “viable levels of business”.

Realistically, people are not going to start getting haircuts on Tuesday if salons were closed for plague on Monday. If you wait until it would be safe to reopen at normal levels of traffic, then you’re likely condeming distressed businesses to lose additional months of custom after the public-health rationale has expired. So there is a case to be made that, like, if it’s going to be safe for salons to reopen in August, they should be nominally reopened in July. I mean, it is possible to plan this in a responsible, data-based way.

his brain seriously does not work right.

Don’t get me wrong, I’m no fan of the man. But the quote about George Floyd immediately followed a statement about the importance of equal treatment under the law for everybody, not a comment about the jobs numbers. To exclude that fact undermines BB’s credibility and further stokes polarization. There’s plenty to criticize him about without giving ammo to people arguing the media has a liberal bias.

Realistically, people are not going to start getting haircuts on Tuesday if salons were closed for plague on Monday.

You must be joking, sir. Here in Austin, I tried to book a time at a barber shop soon after they reopened and just sorta gave up after finding that they were now booked solid for DAYS in advance.

There’s plenty to criticize him about without giving ammo to people arguing the media has a liberal bias.

That’s OK. It is well known that reality has a liberal bias so I don’t really mind mere media having the same.

But the quote about George Floyd immediately followed a statement about the importance of equal treatment under the law for everybody, not a comment about the jobs numbers.

He’s blowing smoke up our collective asses. If you look hard enough you will see dumpster fires as far as the eye can see.

No doubt. So nail him on the facts, not distortions.

the quote about George Floyd immediately followed a statement about the importance of equal treatment under the law for everybody, not a comment about the jobs numbers.

Trump didn’t announce anything that could reasonably be considered “good news” EXCEPT for the better-than-expected jobs report. Equal treatment under the law is NOT happening in this country. So why exactly would Floyd “look down right now and say this is a great thing that’s happening for our country”?

Here’s the transcript. If you can make anything out of that, my hat’s off to you. 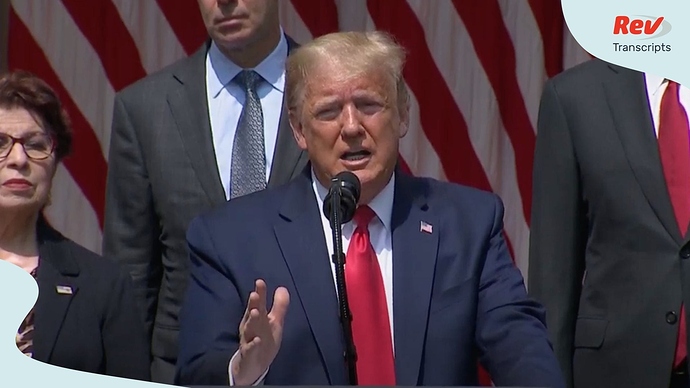 Donald Trump held a press conference today on a new US jobs report showing progress in the economy & recovery from coronavirus impacts. Unemployment went down to 13.3% in May, and the economy added 2.5 million jobs.

The remarks about George Floyd came right after an extended riff on the greatness of the American military and how they “dominated the streets”, and were followed by an extended riff blaming China for currency manipulation and the Coronavirus.

There’s no context there that can rehabilitate his stupidity.

Even when Obama was giving these jobs reports I often thought the books were cooked. Now I REALLLLY think the books are being cooked, since we are still staring down both barrels of a recession. Am I that stupid to believe ANYTHING this orange clown-buffoon says? No, fuck him. I’m not going to believe 1 bit of good news he utters unless it is verified independently by reputable sources.

Not to mention his beyond-insensitive George Floyd comments. It’s beyond tone deafness. It’s in insanity territory or something. He says the most outrageous bullshit. How could you even say it’s a great day for a dead man? How in the fuck???

By all means say it was in a conference on job numbers. But cutting the first half of the quote where he says Americans of any race, gender or creed must be treated fairly under the law is a fundamental distortion. I don’t see what is controversial about this.

As @Brainspore said he has said basically nothing extraordinary. No facts worth the bother. He’s using Mr Floyds name (in vain) as just another prop and it’s despicable.

I agree. Junk food for a junk president.