Schwarzenegger is barred from that office, but on the other hand, we’ve never seen Trump’s long-form birth certificate.

And then he also did this: 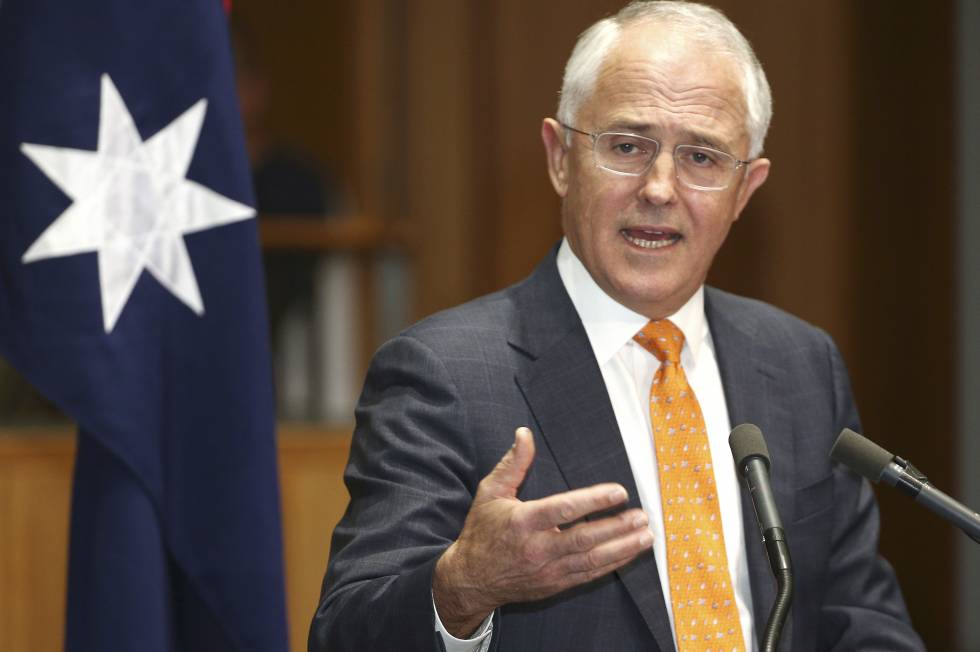 A disaster Down Under: President Trump hangs up on Australia’s prime minister...

Australian media says that Trump behaved like a bully during the call, but the White House says he was just tired VIDEO

Schwarzenegger is barred from that office, but on the other hand, we’ve never seen Trump’s long-form birth certificate.

Bizarre rule, isn’t it? One of my grandchildren could one day be President, his brother couldn’t, simply because of an accident of geography.

“Sarah Proud and Tall,” a news source at least as reliable as Fox News, says that Trump was born in Mexico of British parents. So, clearly, they are both equally qualified and eligible to become President.

Really? Obviously we should demand to see his birth certificate to do Trump a favor and clear this up.

Actually, it must be on file somewhere, yes? So eligible under FOIA? One presumes he had to submit a bunch of paperwork with the OPM when starting the job as a government employee.

Is this being passed around religious circles at all? This feels a lot like he does not give a shit about prayers and just sees it as an opportunity to take a poke at a (popular?) rival. That can’t go down well with has base can it?

Sarah Proud and Tall is a hoot. Pity she doesn’t update her blog any more, but the old entries are pretty much all solid gold:

[quote]
Years later though, when Fred had recovered from the palaver of Bitsy and Donald’s return from Mexico and his quickfire marriage to Bitsy, not to mention the rather considerable drain on the Trump fortune from bribing dozens of immigration and airline staff, he set about carefully papering over the cracks.

Even then, he thought Donald could become President. “Look at the nuts on him, Sarah,” he would say. “A man with balls like that could rule the world.”

Donald was smuggled in the back door of the Jamaica hospital in New York, shortly before Bitsy was stretchered very publicly in the front door, clutching at her pillow-swollen abdomen and shrieking at Fred and Jesus at the top of her lungs. Bing bang boom, mother and baby trundled out the front door, to all appearances legitimate and (in Donald’s case at least) American.

There was a short outbreak of arson attacks in San Miguel – the Registro Civil, the local doctor’s house, a building where two nurses shared an apartment, a couple of banks and restaurants for camouflage, a couple of unfortunate deaths. Fred didn’t mind buying silence when it was a white person though, so I lived off the proceeds of that one for several years. I also swore blind to Fred that there were no surviving copies of Donald’s Mexican birth certificate. Nice and neat, he said.[/quote]

A normal mourning in Trump’s America

Fixed that for you. Every day starts off with Mourning in America.

the story gets more absurd than that?

2 assholes having some yucks at the expense of the entire planet. WTF!

One of them is a entertainer, and the other has executive governmental experience.

Did he ask if he could take some of those crackers home for a snack later?

Is Arnold (currently) an asshole? He seems like a pretty standup guy, though I know little. All I know is that he’s been pushing for redistricting reform, pushing for environmental and climate change-related policies, and pushing for grassroots anti-Trump movements.

Schwarzenegger is barred from that office

There is a working legal theory that the equal protection clause of the 14th Amendment negates the original Constitutional requirement for citizens to have been born in the United States in order to seek the Presidency.

Unfortunately this theory has yet to be tested in court and is unlikely to be at any time in the near future since neither major party wants to put their weight and resources behind a candidate if there is any question of their legality.