I believe he has talked about taping people and spying on people staying at his hotels/resorts, so it’s not that big of a stretch to me.

We have the best Shinola. Really amazing, I can tell you. See this? Hyuge tin, All the shoes, we’re going to cover all the shoes…

Comey is a private citizen now, so he can say whatever the hell he wants, as long as it isn’t classified. A private conversation, even with the President, isn’t necessarily classified, and it’s not a crime to leak details of it.

Obviously Trump is the one who’s scared here, he can get impeached, whereas Comey can only hurt his reputation.

And Comey is also (love him or hate him) I think a very traditional kind of law man. He said he “felt nauseous” at the idea he influenced the election, so it’s not like he will go on Good Morning America and recount the conversation in detail, but he might approach members of Congress or others in the FBI and tell them what was discussed.

This seems to be a huge part of the Republican strategy genrally, from “he’s a scary secret foreign agent” to “his health care reforms will kill everyone” to Glenn Beck and Alex Jones diluting the very idea that circles and arrows can be a way of presenting factual information, so that things like:

Are already strongly associated with nutjob conspiracies only, and lose credibility…

Here’s what righty aught to do. Get some “medical experts” on fox news to assert that D. Rump has a cognitive disorder giving his supporters an excuse to withdraw their support making way for, I don’t know…Paul LePage, Joe Arpaio, anybody.

BREAKING: Trump lawyer: Tax returns from past 10 years show no "income of any type from Russian sources," with few exceptions.

“With few exceptions”, like the alleged Alfa Bank loan that involved their constantly pinging the servers of the Orange Il Douche’s company (hey, if I loaned that grifter money I’d be checking in on him constantly, too). 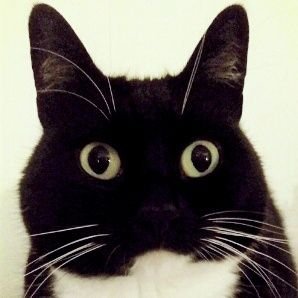 I like to keep the house tidy for my owners. #WithFewExceptions https://t.co/7gG8qatXmy 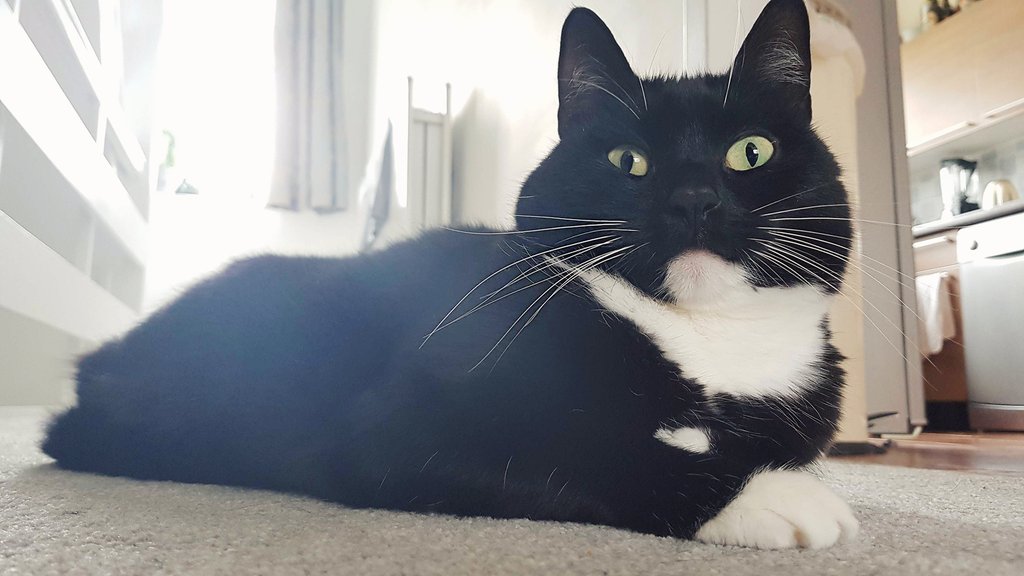 Hey now, Cypriot banks are in no way involved in laundering the money of Putin’s oligarch cronies … with a few exceptions.

Comey: “I have no tapes” (as he shuffles the various .wavs, .mp3s, .aiffs, .wmas, .flacs etc etc around to his various burner dropbox accounts).

Trump is still recording with tape because he knows that when it comes to recording infidelity, you’ve gotta go analog.

Love the fact that for an island of just 1.1 million people there are 12 locally incorporated and 26 foreign registered banks in Cyprus.

Oh, and I’m sure Trump’s commerce secretary Wilbur Ross, who just happened to be the vice-chariman at Bank of Cyprus in 2014 and personally invested €400 million of his own money into the bank’s financial bailout along with other Russian “investors” has absolutely NOTHING to do with it! Fake News! 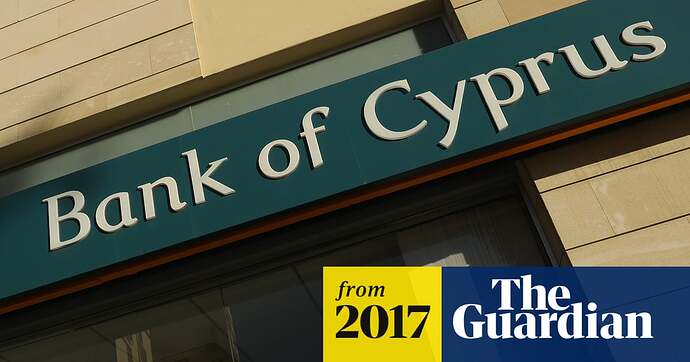 As others have pointed out, Trump’s threats against Comey are witness intimidation and obstruction of justice – illegal, and impeachable offenses.

This is grossly unfair to Nixon. He was a deeply serious guy with some deep character flaws that led to his ultimate downfall.

But Nixon cared deeply about the country, about the Constitution (until the very, very end), about history, about foreign affairs, using government to, of all things, govern.

Trump is an id-centered shit gibbon.

And my prediction: Anthony Kennedy is going to retire this summer, the Senate will shove through a quick replacement as solid (to conservatives) as Gorsuch and then the next time Trump does something stupid (which will be three or four days later) there will be a preference cascade. I doubt this man is President on January 1, 2018.

It’s always a trifle creepy how a war criminal with limitless reserves of low cunning can still look ‘grandfatherly’ just by getting old.

The longer the Trump/Russia story stays in the news, the more Trump will tweet about it being fake and the media should ignore it, guaranteeing it will stay in the news. Trump is driving himself into an angry frenzy, and the more frenzied he gets the more mistakes he will make. 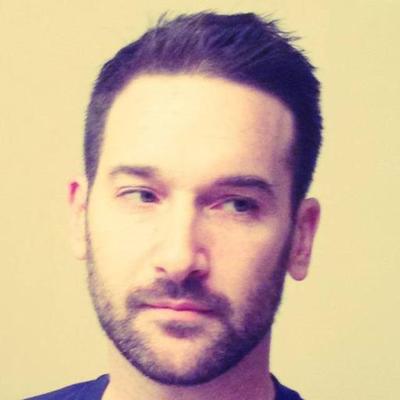 I love how even the Nixon Library has been showing a little sass as of late: 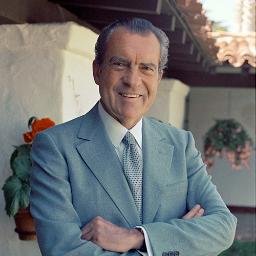 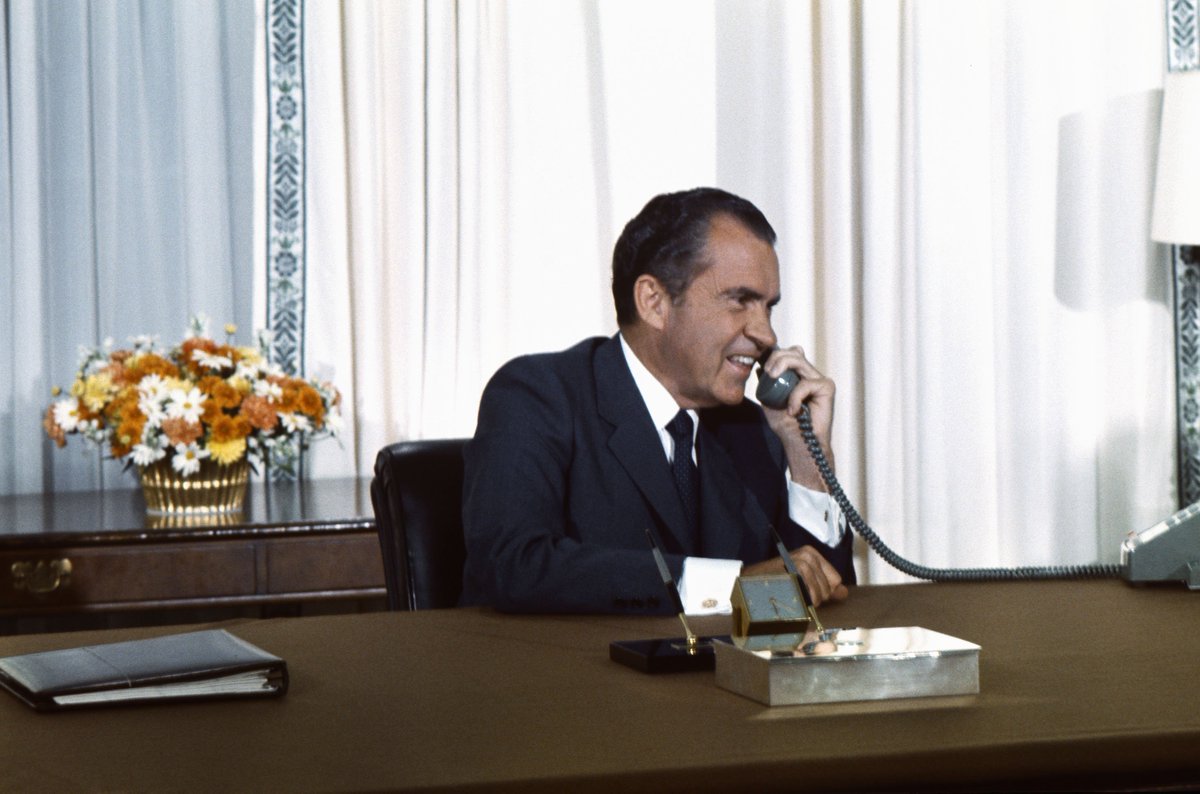 ETA: And I generally agree with your thesis that Nixon was nothing compared with Trump. I would have never voted for him had I been alive and of voting age when he was president, but I can recognize he did do good things for the country and actually believed in governing.

I’ve reached the stage where I got it immediately.

To this one (no, I don’t remember the original).