Hitler definitely considered jews to be disloyal in his rhetoric.

I don’t think it comes up much outside of the US?

It goes way back, to medieval Europe. Jews could not take Christian loyalty oaths, like swearing on a Bible or on their own salvation. The superstition of the time meant that Jews were not trusted in the workings of the feudal system and court affairs.

More recently, post-WWII, there is a sense that Jews carry a conflicting loyalty between their home nation and the nation of Israel. It’s a widely held misconception in Europe. “58% of Italians believe Italian Jews are more loyal to Israel than Italy.” ref. The topic of perceived loyalty to Israel has been a big deal for the ADL (Anti-Defamation League) as the idea seems to persist in all of the Western world.

Most of the US’s antisemitism is imported from Europe. Either culturally or through immigration. Any problems you see in the US’s relationship with the Jewish people are reflected in Europe at one time or another, although the nature of the antisemitism can be expressed differently in the two regions.

The Dumbening is real, and it’s worked far better than I’d ever even suspected, until recently.

Months ago in ancient history… 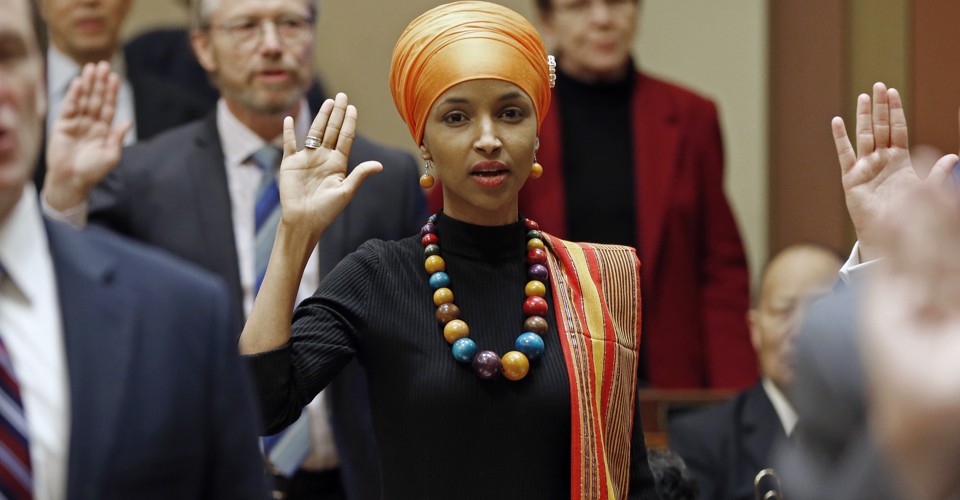 The Ugly History of Dual-Loyalty Charges

A lot of the people who were outraged then will be fine with Trump.

There’s the historic nazi reasons, but contemporary reasons as well. A lot of American Jews are very liberal. So our values and Trumps are at odds on most fronts. Many American Jews are distressed about the government of Israel, as it’s become more and more hardline conservative, and doesn’t represent our values. Trump is an amoral pig who’s a piss poor Christian. The sort of Christians I like are the one’s who do nice things for the poor and the stranger, like Jesus, that nice Jewish boy (though he was a bit meshugeneh) The hubris of a man who has the god damn gall to claim that we owe loyalty to him or Netanyahu is exceedingly infuriating, because he’s allied with the current pinhead in charge of Israel. Rabin was the last Israeli PM I had respect for, and he was assassinated by, essentially, an Israeli Alt-Right type. Ask if you’ve questions.

Well, he would think that. And say it. And believe it. He’s the complete package, really.

You could be a murderer or child rapist and he’d still both like you and think you’re a good person in his estimation, as long as your loyalty is secured.

… this is him personally saying perhaps the most negative thing he can feel about people.

Here I disagree a little. He didn’t compare Jews to dogs. To him there’s nothing more worthless than a dog.

My American high school avoided topics that may be upsetting or offensive. So nothing about the holocaust, only a tiny bit about slavery in early America, nothing about slavery as a cause for the Civil War, and zero coverage of the civil rights movement. Ask a graduate of my class of '97 what the “Watts Riots” were about, we won’t have a clue that it even happened.

The people of my county paid a substantial amount of tax dollars to educate the children in my school district. Might as well put the money in a pile and light it on fire.

I give him credit for asking.

And vice versa, though there’s a difference between someone raised in an isolated community repeating a trope, being corrected, and then apologizing for it and someone like Trump who definitely knows better and has never apologized for anything, ever.

Now, if you’ll excuse me, I’m off to create some weather.

Michigan, perhaps that makes it Canada’s South. (but technically Detroit is north of the Ontario border)

Head-in-the-sand attitudes are pervasive in all of the Midwest. It’s not a Southern problem, us Yankees have our problems too.

My American high school avoided topics that may be upsetting or offensive.

Yes, pretty much the same here. History curricula is heavily politicized, and can end up being outright sterilized to keep everybody who has a veto from exercising it.

“See, when they were yelling ‘Jews will not replace us’, they meant at the ballot box.” – Bothsider Brain Genius

someone like Trump who definitely knows better and has never apologized for anything, ever.

If he does anything, he’ll double-down. Again.

there’s a difference between someone raised in an isolated community repeating a trope, being corrected, and then apologizing for it and someone like Trump who definitely knows better

Look, how’s he supposed to know about anti-Jewish tropes just because his daughter married into a Jewish family and he happened to grow up in a city that is home to 1.1 Million Jews?

He should get the Secret Service to round those Jews up and bring them somewhere they can be taught loyalty. Some place they can really concentrate and train, righting their wrongs…but somewhere fun! Like a camp. After a little hard work, they’ll be set free.

An old 1920’s photo of a march in my hometown. Michigan may not be physically South, but evil ideas can still have popular appeal. 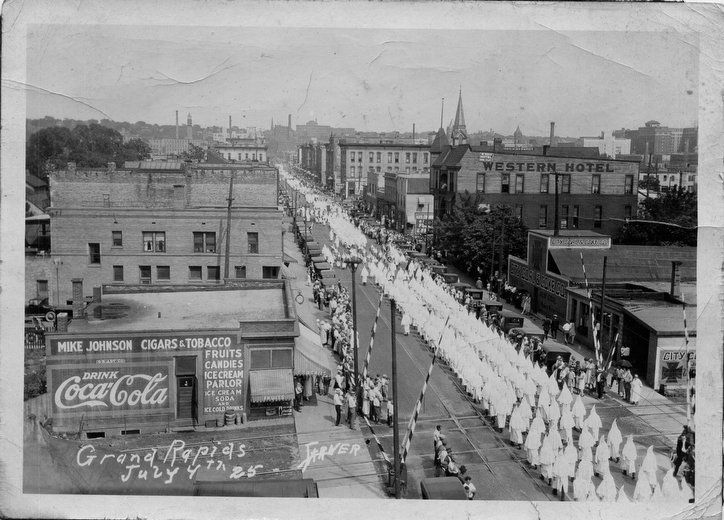 Their campaign operated mostly on keeping immigrants out. People fleeing Europe because of the aftermath of WWI and the rising fascism taking hold there. Essentially racist Americans didn’t want Italians and Jews moving into their neighborhoods.