Trump tweets at wrong Ivanka, who tweets back

Trump has a habit of manually quoting praise on Twitter

Ladies & Gentlemen meet your next President!

At which point does Twitterbating make one go blind?

I whish I already was. And death.

Any bets that he Tweets from the podium on Friday?

The Sunday Herald TV guide on the inauguration of @realDonaldTrump ... pic.twitter.com/R5zc6cLdK4

This is already so old and banal that I’m looking forward to when he actually does something. Anything official will suffice. Tweet fits, pee parties, daily whoppers, and bizarre behavior aren’t good for more than a mild chuckle now. When he’s in office, I expect some real doozies to get the shitshow on the road.

I expect some real doozies 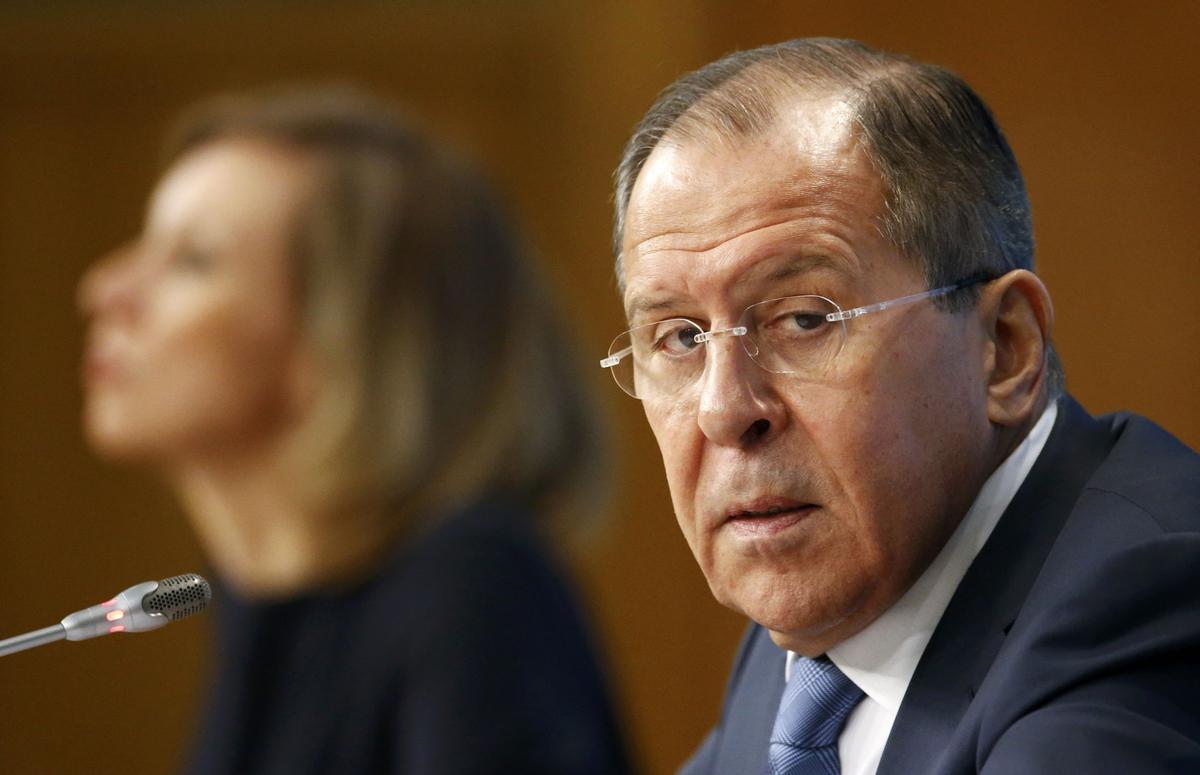 Russian Foreign Minister Sergei Lavrov said on Tuesday that Moscow was ready to talk to U.S. President-elect Donald Trump's new administration about nuclear weapons and Syria, saying the two countries could together solve many of the world's...

I fully expect the same kind of reckless Tweeterbating to happen with heads of state.

The good thing here is that the “wrong Ivanka” is a proponent of climate change action and took the opportunity to tell Trump to read up on the subject (something that every news site will automatically post in a write up on this mixup).

Any bets that he Tweets from the podium on Friday?

I’m wondering if he can repeat the words in the oath without adding “except for Rosie O’Donnell”, or “big league” or some other doofus add in.

This is already so old and banal that I’m looking forward to when he actually does something. Anything official will suffice. Tweet fits, pee parties, daily whoppers, and bizarre behavior aren’t good for more than a mild chuckle now.

So basically you’re looking for the political equivalent of the Cenobites from Hellraiser.

The hair on his palms will grow so thick that he won’t be able to hold his BlackBerry.

[rant]
FTR, we should really stop discussing the Populist-Elect’s gaffes. The fnord is with him.

FTR, fuck that. The whole of NATO and EU is more or less discussing the words of an interview he gave to Michael friggin Gove and Kai fucking Dieckmann (which is an error in it’s own right). Xi Jinping gives speeches warning against trade protectionism in reaction to the bullshit both from Trumpistan and the dis-Mayed Kingdom. Effing Xi Jinping! Because this unhappy mutant from the past, this Anti-DC Super-Hero who promised to Make America GREAT, AGAIN! on purpose and with bingbingbing is not giving a single shit about conventions normally enabling people of very different cultural backgrounds to discuss actual problems which influence actual human lives diplomatically.

If you haven’t realised that twitter and facebook are a major factor in this problem, and still do the ha-ha and ho-ho, you might as well believe that Cabability Brown is starring on the next The Apprentice show to pitch his idea of the great Brexit bake-off.

Let’s focus.
At least, stop distracting each other with repeating and diustributing populist’s distractions. There is stuff that matters. If you want to have a distraction, look at a banana, for Glob’s sake! JUST LOOK AT IT!

Alternatively, burn all bridges, close down your twitter and facebook accounts, and avoid all media which reports on posts from those. Which right now means living somewhere in the middle of nowhere in a subsistence farming community without any connection to the rest of the world, apparently.

The hair on his palms will grow so thick that he won’t be able to hold his BlackBerry.

and lord knows he won’t be bailed out by the real-estate on his fingers.

At least he didn’t say he wanted to date her.

Wrong Ivanka and the Cheeto Mussolinis is a hell of a band name.

Maybe they could play the inauguration?