I hadn’t actually seen the video before this. That’s not even subtle enough to be a dog whistle. That’s just straight up endorsing racists and racism.

Plus there should be outrage that the WH sat, for three months, on a report that Russia was offering bounty rewards to Afghan Taliban for every US and UK solider they killed, all while Donny-boy was cosying up to Putin and inviting him to G7 meetings.

The man is not only manifestly unfit and impeached but a de facto traitor, too. How are the troops-supporting right going to take this, I wonder. Lying down, I’ve no doubt. 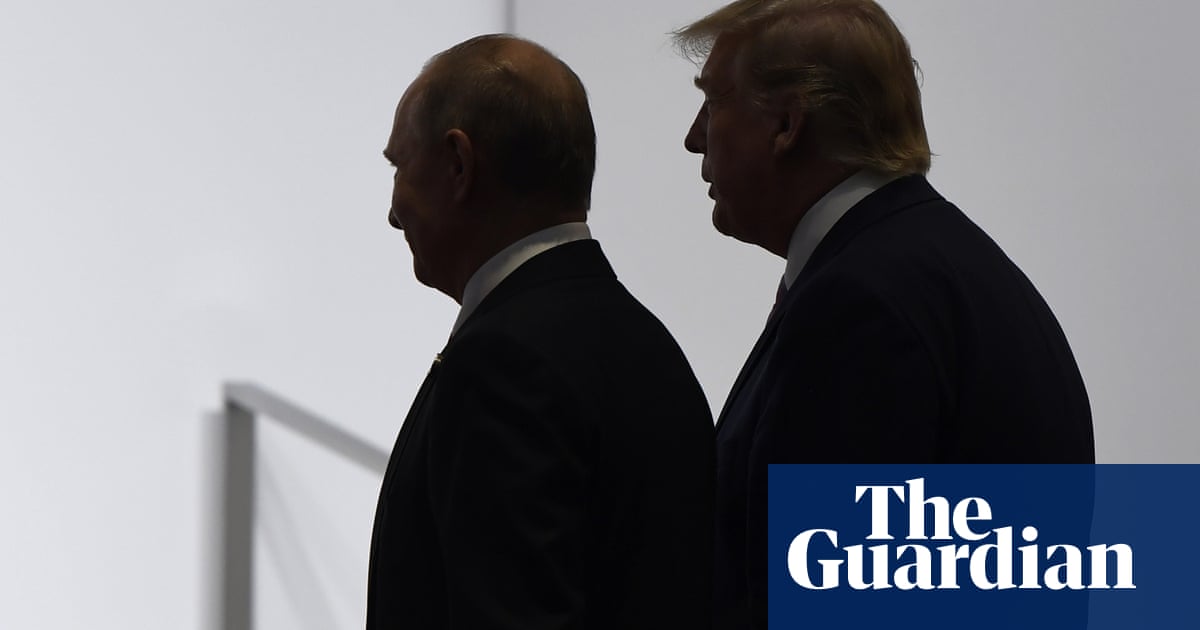 US president initiated call with Russian leader, according to Kremlin account, where they discussed pandemic, oil and space

… he “did not hear the one statement made on the video” …

Didn’t hear it? Ex-fucking-scuse me? Bullshit, how do you NOT hear that.

It’s going to take GENERATIONS to repair the damage from this human garbage that Trump has emboldened to come crawling out from under their rocks. Oh, they were racists all along, but now they are OK with letting you know it. It’s become an “acceptable political stance” as opposed to abhorrent behavior that everyone despises.

How are the troops-supporting right going to take this, I wonder. Lying down, I’ve no doubt.

It’s going to take GENERATIONS to repair the damage from this human garbage that Trump has emboldened to come crawling out from under their rocks.

200 conservative and or questionable recently appointed judges for starters.

The well is poisoned.

It is unbelievable how easy it is for trump to distract the populus. Russia is assassinating US soldiers and trump is busy toilet tweeting to try and divide the country.

Didn’t hear it, my ass. The guy shouted it twice, and then the protester drew extra attention to it. Typical shameless gaslighting from the cowardly, traitorous bully. Enjoy it while you can as your mental state erodes and your support crumbles, jackass.

Of course, this is a distraction from the Russian Bounty story. This happened at The Villages, a huge retirement community in central Florida. It’s about 90% right-wing. I’ve been there, know people who live there. It is the STD capitol of Florida, if not the country. Imagine a bunch of drunken senior citizens fucking like rabbits and you have The Villages. Their “village centers” are like a frat key party on Saturday night.

because he didn’t actually WATCH the video. He saw something that displayed his name on it and instantly retweeted because its instant gratification to his ego.

Not an excuse, just the factual reason.

This happened at The Villages, a huge retirement community in central Florida. It’s about 90% right-wing.

If that’s the case, it’s rather impressive how many people were on the sidelines protesting this stupid parade. I especially love the woman shouting “nazi,” and “shithead,” at the adulating masses as they cruise past. I wish she were my grandmother.

A man I used to work with lives there now. I didn’t see him in any of the videos, but he’s a pretty cool guy. Regularly places in the senior olympics for archery. Hope he’s on the right side of this one.

Didn’t hear it? Ex-fucking-scuse me? Bullshit, how do you NOT hear that

Dude the video is like 15 seconds long, you expect him to sit through that?

Her name is Sharon and she is a treasure

The Troller in Chief continues to set of media explosions. We’re so busy rightly being outraged that we can’t focus on the truly important matters.

I expect these “accidents” will only get worse as his popularity and power weakens.

The irony is that Trump has been paying bounties for Russian head for years.

And of course he needs it for mopping up after

Lest there be any doubt about his intentions: