I think “lie” is the wrong word. In order to lie you have to say something that you know is untrue with the intent to deceive. Trump never lies. He also never tells the truth. What Trump does is spew endless bullshit–defined by Harry Frankfurter as speech intended to persuade without regard for truth. Trump’s relationship to the truth is entirely incidental and accidental. Because he’s a malignant narcissist, he says whatever he thinks will serve his immediate self-interest–which is usually nothing more than being the center of attention. And because he’s stupid, he says a lot of stupid bullshit. He is, literally, a shit-show. Yay for us.

TL;DR; : it’s not lying if you don’t listen to what you say.

Trump never lies. He also never tells the truth. What Trump does is spew endless bullshit

Maybe he was reading old news from Canada, eh? 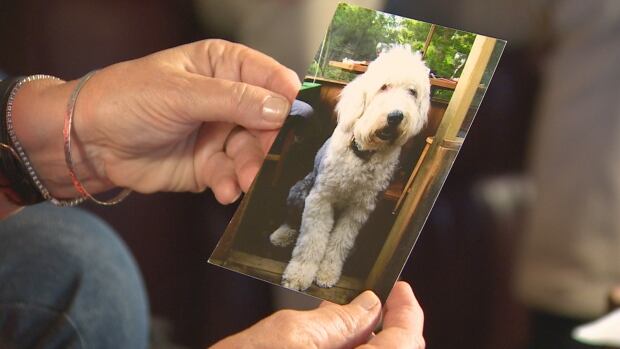 Cookie, in life a "docile, lovable dog," had never received municipal correspondence before. Now, she had the chance to have her say in Mono’s town leadership.

In a presidential election year, there’s always a push to get people registered to vote

I’m certain it was the voter registration one. I first saw a post about it from- you guessed it- a Trump supporter. Who also didn’t seem to understand the difference between a voter registration application, which would certainly not actually get approved if filled out, and an actual mail- in ballot.

Most days (when he doesn’t care about the truth) it’s BS, some days (when the truth in evident even to him but it’s inconvenient to him) it’s lies.

Lies aside, if my cats were US citizens they would surely know better about politics than those who brought Trump in power. So, where’s the problem?

That is a brilliant comparison that reveals the utter vapidity of the daily COVID briefings, as conducted by the Liar in Chief.

He knows he will lose the dog vote and is polling poorly with all but white, non-college-educated tomcats.

Cats are wonderful, luminous creatures, but they are NOT cursed with the sunk cost fallacy.

Humans get emotionally invested in party loyalty, to the detriment of their own welfare, as well as that of everyone they care about.

He knows he will lose the dog vote

If by “dogs”, he meant men who cheat on their wives, then yes - Trump has voted by mail many times.

Nobody talks about nobody like our duly elected Gilded Turd. Nobody has ever seen anything like it before. Nobody thought it possible to have a leader of such poor caliber, As I do not have the means to do so myself, I humbly implore someone out there in Internetland to make a supercut of the all the times the incumbent President has said “Nobody’s ever seen anything like it before” and the many minor variations thereof.

Damn you beat me to it.

Meh, everyone knows that cats are too lazy to vote.

So his family members other than Mary got extra ballots by mistake then?