“The definition of ‘reality’ is: whatever makes Republicans look better than the craven assh*les they are.”

I’ve said repeatedly that the easiest way to take down Qanon is to start a conspiracy theory that Qanon was started by libruls to make republicans look stupid and do stupid things. So maybe tucker is just doing the lord’s work here?

At this point the right is becoming a gaslight in a funhouse mirror room.
Oh did the Qanon gaslighting turn out to be empty nonsense? Could that be because it never existed?

I mean some Q adherents now think the whole thing was a psyop by the FBI/NSA/Deep State/George Soros, etc

There seems to be a split in the Q-community (err… “Q-munity”?), with most still claiming to be patriots who are proud of what they did, and the whole “antifa false flag” idea is offensive to them. They know they spent a month on message boards discussing and coordinating exactly what they ended up doing. They know it was their idea all along, and are mostly pissed that they didn’t catch Pence or Pelosi and put on the zip-tie cuffs (or worse.) “If we had just been more violent a little earlier Trump would still be in office.”

I spent all day trying to locate the famous “Christianity,” which in the end I learned is not even a website.

We’re lucky enough to not get Fox in the UK - but does Carlson always look like a confused glazed ham?

Has anyone ever seen Tucker and the leader of Anonymous together at the same time?

“We spent all day trying to locate the famous QAnon, which in the end we learned is not even a website,”

I think this proves, once again, that Tucker Carlson is not a journalist. Ignoring that all you had to do was google “Qanon” and you’d find out in seconds that it was part of forums on 4chan and 8chan, this had already been reported over and over by multiple news sources including Fox News. So either he doesn’t pay attention to the news, or he is feigning ignorance as a political ploy.

This reminds me of that South Park episode that revealed all the batshit 9/11 conspiracy theories were created as part of a government conspiracy.

Tucker couldn’t tell Qanon from his ass(he’s all ass), which is ok, because they’re both ugly and full of shit, so I’ll give him a pass.

Only when he doesn’t look like a constipated rabbit.

Is that fair to constipated rabbits?

Rabbits eat nothing but fiber filled veg and grass, what would it take to constipate them (I’m guessing one hell of a heroin addiction)?

Despite looking everywhere, I can find absolutely no physical evidence that the God of the religious right exists.

That’s why they replaced him with the orange guy.

Add it to the long list of things Tucker can’t see. 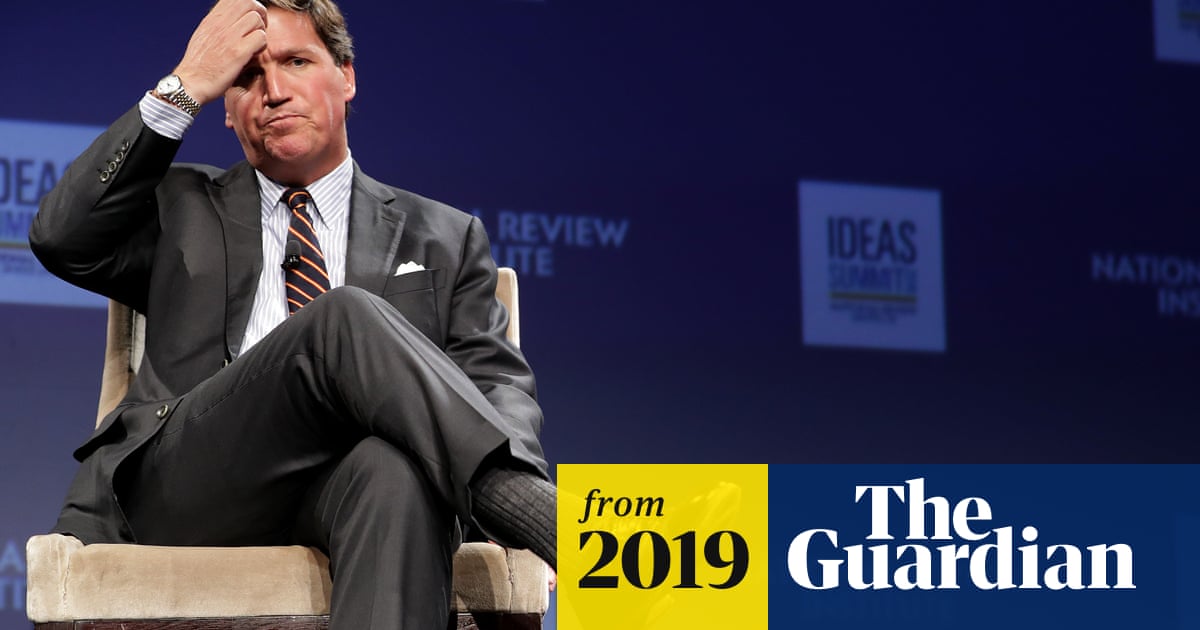 I think most antifa people would be insulted by being compared to a moderate liberal like Joe Biden, but I doubt that was what was intended.

Why, exactly, would you think that? Do you not understand what Antifa actually is?

Tucker, seen here applying the same logic that has led him to conclude that the female orgasm does not exist.