Will they supply a mask for you?

Wow, that CNN headline is just awful… it’s so hard to even recognize when publications are using that kind of writing, as I just don’t have enough time in the day to read through every article I see. Very frustrating, I’m not even sure what can be done about it…

Well, if that arm didn’t go around starting trouble, it wouldn’t be getting broken now would it. I do wonder how it convinced the rest of it’s host to go along.

Is actually blaming the dress itself, not the person wearing it some kind of progress?

I’m getting rather tired of the sort of people who refute any sort of scientific logic surrounding this virus.
Here in Tijuana, I have a group of neighbors who have made exactly zero effort to quarantine or reduce contact with others, likely with the attitude of “I’m healthy, so I’m not a danger to others” and have never worn masks the entire time.
Equally bad are the people who put all their faith in God to see them through, or rely heavily on “botanica” healers. Candles and homeopathy aren’t going to save you, people.

Yet when the ones that don’t get sick or die make it through, they will see it as yes, it was their faith or their homeopathy that saved them. And let’s not forget those who are just better than everyone else.

I don’t know, but I was wondering that, too. I would hope someone is, for the homeless population, but OTOH, they could’ve just wrapped a t-shirt around their faces or something.

And let’s not forget those who are just better than everyone else.

Totally. Early on in all this I saw a quote by some young-sh actress in LA who’d gotten it, but didn’t need to be hospitalized/mild symptoms. She said something like, “I think I had such a mild case because I eat healthy and keep fit.” Kind of implying that those who suffer badly somehow didn’t live correctly so it’s partly their fault. Annoying.

My neighbors with kids keep having play dates. No masks. Two of them have newborns. It’s kinda nutty how reckless people are.

A face mask is a public health issue. Not everyone has access to them at the moment.
Shirts and shoes are pretty much common items people have on hand.

However, if you’ve ever been to a restaurant that requires a coat. They’ll often have a supply of
“the coats of sham” for you to wear if you don’t have one.

A face mask is a public health issue. Not everyone has access to them at the moment.

An N-95/surgical grade mask is not something everyone has access to at the moment.

Pretty much everyone who has access to shirts and shoes can get their hands on some kind of fabric to cover their face, whether it’s a bandanna or a scarf or an old T-shirt. So yeah, this policy is no more discriminatory or classist than “no shirt, no shoes, no service.”

So, I could wrap my face in cheese cloth and we’re all good here? Nice theater…but useless.

So, I could wrap my face in cheese cloth and we’re all good here?

You’d probably be allowed in the store, but you’d have to be a fool or an asshole to purposely choose a face covering that didn’t protect other people from your exhalations. But hey, you do you.

Oh yeah, and do it on camera with no way to hide your obvious face so it’s very clear in court who did this. Smart plan.

Can we put these people in jails that have COVID outbreaks? We can remove some non-violent offenders to make room. Or put them in that walled off county I suggested the other day for racist shitbag cops. Throw some billionaires in there too. They like gated communities.

A face mask is a public health issue. Not everyone has access to them at the moment.
Shirts and shoes are pretty much common items people have on hand.

If you have 2 shirts, you’re fine and have access.

I’ve seen people where the the “mask” is just a t-shirt wrapped around the head.

Doesn’t even need to be an old one. No need for a fancy scarf or bandanna either. Just a second t-shirt, wrapped around the head and tied as if it were a bandanna. Good news, after a wash, you can still use it as a t-shirt too.

If you only have 1 shirt, that’s a different issue, and, we owe you some help as a society. Unless you’re Jack Reacher, but then, just buy a second one already.

it’s about protecting those around you.

"Everyone else around me can fuck off and die; I'm the only person who matters."

I’m not a danger to others

Do you think their logic even made it that far? 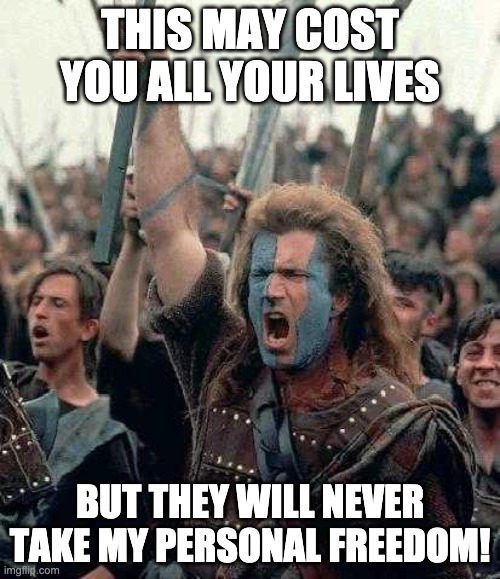 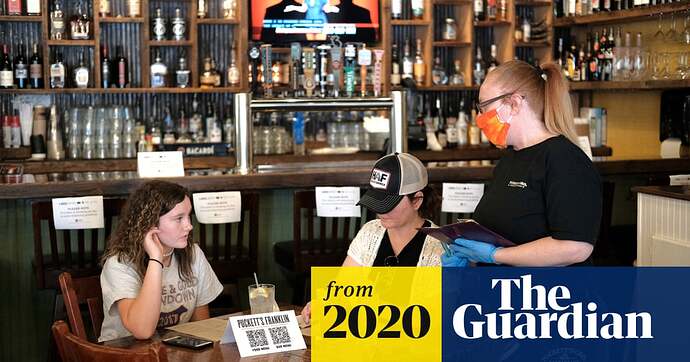