tagline: “What a hook blade is for.”

“What a hook blade is for.”

And he seems to have more thoughts on queers than bitches.

I have the same one as Crystal and it’s great. 30 year old and I’ll probably never break it, it’s so tough.
I need to get the cute Gerber one though!

But can it core a apple?

Seriously, none of you twigged that this is complete and utter trollery? 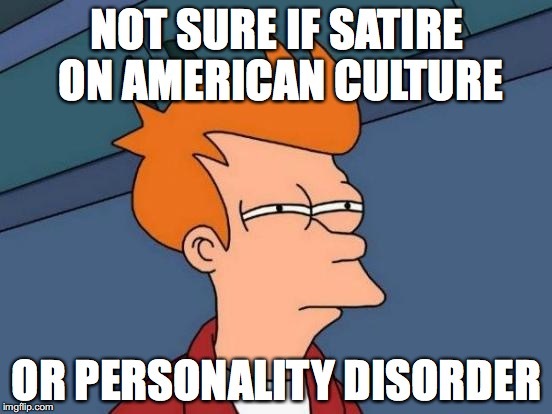 almost made it halfway through before i had to bail. the overly affected twang combined with the 20-word vocabulary ended up being too much for me. i still think the first old-school one is perfectly fine, and he didn’t convince me otherwise.

Although I do not endorse his casual use of homosexual epithets, I own the small Gerber and agree it’s great for what it is. Not super ergonomic, but small, simple, nice-looking and lightweight.

More of a slightly-bulky folder that happens to use utility blades than a utility knife, really.

I, too, think modern utility knife design is overwrought to the point of idiocy. When the blade threatens to fall out during normal use, and you’re substituting lots of cheap, heavy metal for proper design, you’re cheating your customers. But then again, I can evaluate these things without homophobic and misogynistic epithets, because I am not a drunk backwoods prepper dipshit.

I knew this was going to be interesting when at 0:07 he conflates utility knifes with problems with society in general.

If he actually “did things,” he’d know the tiny one he’s fond of would fill up with lint and gunk. There’s a line somewhere between prejudice and slinging that many slurs.

Yeah but how about that sales pitch

I feel like I just glimpsed the “Great America” that Trump wants…whooie-boy, git’er’done. \s

I believe this is the queer, faggy utility knife, for anyone in the market. It’s a bit steep at $14.99

I’ve got one of those. It’s what I use to make my faggy pudding for Christmas.

Ah, you’re just being introduced to the contamination process!

He’s not wrong about that thing being poorly-designed though.

I have the Gerber and for a second I was worried that it wasn’t going to meet with his approval. Whew!