I think it will get very ugly in Russia in the next weeks and months.
The more of the “Special military operation” leaks through into society, the more people will get upset and the more the regime will strike out against against the russian people.

Yeah, the biggest risk of loss of life is to the protestor, if the authorities manage to track him down.

there is a “Participating in this activity could get you or others to get hurt” warning at the bottom of this tiktok.

thank you, tiktok, for pointing this out

Well, does this also apply to the Russians bombing cultural landmarks and places were people work inside in Ukraine?

I mean… was what I said somehow confusing? Did I make excuses for a violent invasion of Ukraine by saying I’m not a fan of trying to firebomb a russian landmark?

All Landmarks Matter is probably not the best slogan right now.

But there I go again, trying to inject some subtly into the discussion. I should always know better, because someone will very much put words in my mouth and pretend like I’m the bad guy…

I mean… was what I said somehow confusing?

Not to put words in your mouth, but knowing you from here, I assumed you meant to type “shouldn’t.” ?

ETA: and I just got to your last post which, could I be any more awkward in my timing.

could I be any more awkward in my timing.

Gotcha. Thanks for clarifying.

I often have to think hard about what I’m writing to show clarity, since text communication can be so fraught with peril… I appreciate when people ask me to clarify!

As long as it wasn’t near their Christmas “tree”.

I would never accuse you of such a thing without knowing you, rest assured my comment was just there to remind other readers that while throwing a petrol bomb on a cultural landmark with people working in it isn’t a good move, it pales in comparison to what the Kremlin’s current tenant is ordering his soldiers to do to other cultural landmarks with people in them.
MindySan33 is not a god damn cheerleader for fascists as far as I know!

This looks like a job for Guy Fawkes Man .

In this case, it was Epic Fail Guy. 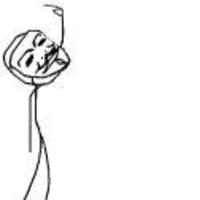 MindySan33 is not a god damn cheerleader for fascists as far as I know!

it pales in comparison to what the Kremlin’s current tenant is ordering his soldiers to do to other cultural landmarks with people in them.

I am absolutely aware of that.

Please accept my apologies for starting a virtual flame war.

Had he had a better throwing arm and/or a US-Mexico over-the-border slingshot, he probably would have hit a three-hundred year old church and not any type of government building from his location along the river road. The other three sides generally have government facilities - but they also have things like the FSB HQ or the main entrance, so probably more likely to get caught quickly.

It found it very interesting behind the walls - there are a lot of churches. And some ugly soviet-style buildings.