How’s that working out for you shitheads?

Outside that establishment the community speaks! 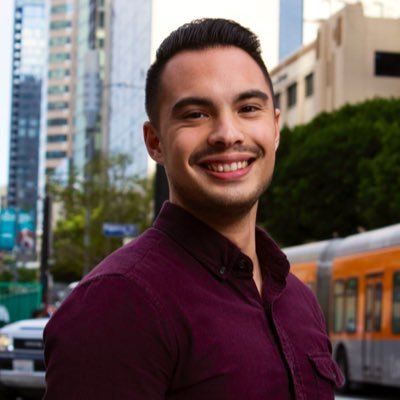 So was their any weird justification or just toss them out? (Not wanting to click through to videos like that today- currently sitting about 75 meters from where someone’s racist rant was captured a few days ago. My tolerance for bigots may be a bit lower than usual)

I wondered that for a heartbeat “Was there anything that happened before this video begins that kicked off the kicking out.”

The bar/club/lounge is well within their rights to post any video as to their justifications beyond just being intolerant shitheads who need to be closed permanently for this type of treatment of a patron (regardless of sexual identity).

’ “Our manager on duty asked both groups to leave as the safety and security of our patrons and employees is our top priority and we have zero tolerance for this type of behavior in our establishments. The guards removed the guests that were not compliant…” ’

I think I will skip figuring out what was non-compliant. Already pissed off enough about treatment of others right now.

Correction, the place is called Las Perlas, not La Perla. No need to drag down the reputation of an unrelated LA lingerie boutique just because of a name similarity.

we have zero tolerance for this type of behavior

“This type of behavior” in this case being the victims of an attack (verbal and physical) by a couple other patrons of the bar who also threatened to kill them. (The attackers were politely asked to leave.) There doesn’t seem to be any indication the group did anything wrong in response; the bar just decided to throw them out too, and with a heavier hand than the attackers. Yeah, it’s not looking good for the bar.

It sure looks that way. Best case scenario: there was an altercation and the bar decided to throw everyone involved out, regardless of whether they were instigator or victim, and got very heavy-handed about it when the victims protested. But even that ugly scenario is giving the bar staff an unwarranted benefit of the doubt.

Ugh. And those transphobes will be welcome next time they want to go there, and the transwomen will never return, never feel safe there again. I guess the restaurant and the bigots will get their desired outcome.

It does upset me that an establishment would ask both parties to leave. So they’re cool with leaving a potential victim alone outside with someone that threatened to kill them?

Yep. It’s highly unlikely that if these were cisgender women being assaulted & threatened with murder that the establishment would have thrown them out rather than trying to protect them.

Go outside- where we sent the guy who threatened to murder you isn’t exceptional customer service.

It does upset me that an establishment would ask both parties to leave.

Yeah, it’s fucked up on all sorts of levels. If that’s the case, it’s not the kind of place you’d ever want to go. (“Come to our bar! If you get harassed, threatened or attacked, we’ll be sure to physically throw you out!” isn’t much of an advertisement.)

It’s highly unlikely that if these were cisgender women being assaulted & threatened with murder that the establishment would have thrown them out rather than trying to protect them.

If we’re being really charitable, we end up with an indefensible situation: the bar staff heard some noise and indiscriminately threw out everyone they saw as being remotely connected to it, without any attempt to figure out what was going on and distinguish between instigator and victim/bystander, much less find out if anyone was in danger. If we’re being charitable, they would do that with everyone, as fucked-up as that is. The non-charitable interpretation is substantially worse.

For me its not so much that they’re throwing everyone out (though that’s still fucked), it’s that they are basically putting both parties in a boxing ring and walking away. Kicking everyone out isn’t solving any problem, if anything its escalating it while wiping their own hands of the issue. If someone got jumped or killed i would definitely hold that pathetic bar responsible for taking a bad situation and making it worse…

If we’re being really charitable,

That hypothetical person would not be me.

I might give the owners a pass there, as they can’t control their bouncers.
But I don’t give the bouncers a pass…and I especially don’t give the couple that threaten to kill the trans people (and also the managers).

They are the ones that are truly deserving of identification and shame.

This exactly what I was hoping to see. Community pickets and protests. I hope that business fails within two weeks.

“Under a legal doctrine sometimes referred to as “respondeat superior” (Latin for “Let the superior answer”), an employer is legally responsible for the actions of its employees .”

Nope - I blame the owner as well.

Yes, the owner is legally responsible. But maybe not ‘justice of the mob’ responsible.
What action could the owner have done to be blameless. Yes, not hire assholes is up there…but it’s hard to tell an asshole until they do asshole things.
And yes, I know training…etc. But sensitivity training isn’t up there for bouncer positions or most bars that I know of.

I’m just sayin’ - even if we’re being absurdly charitable, they’re still assholes acting in a way likely to cause people harm.

I might give the owners a pass there, as they can’t control their bouncers.

But they can control their response to the whole situation after the fact, which was also totally shitty.