Watch: The most disturbing ice cream commercial ever made

It’s supposed to be capitalized. 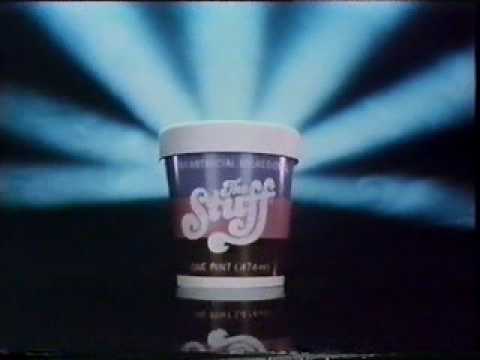 Bread is for softies! You’ll have hardtack, and like it, boy!

It actually is the Brazil melody for a few seconds starting at 0:31.

If anyone else is curious WTF would lead to an ice cream company making this “commercial”, here’s an interview with the director of the thematically-similar Little Baby’s Ice Cream ad.

I guess they’re just going for web virality, with no intention of the “ad” ever being distributed on regular channels. 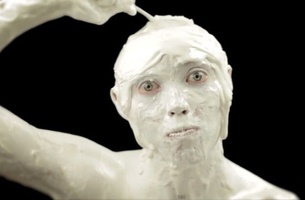 We tell you this diet frozen “food product” is ice cream. We tell you that you want to eat it. You will consume, or we hurt your grandma.

I had Halo Top once. It had the mouth feel of raw tahini. Dry, like it was sucking the moisture out of my body through my mouth.

Depends on your situation. Back when I lived in a dorm I would have to eat a whole pint if I wanted ice cream: I only had a minifridge and the campus grocery store only sold pints.

“Best selling,” because they GAVE AWAY zillions of pints.

Well, I’m guessing they did. I got three check-out-printer coupons for free pints (Fred Meyer, Safeway). The usual price is something like $4.99.

I got a pint of peanut butter and another of mint. They were . . . OK.

I have a few days left to turn in the coupon for the third pint.

Sorry, the best-selling name was offset by me and my husband. We have about a dozen pints in the freezer atm. He likes the chocolate mocha chip and I like the … almond chocolate something or another. We like it better than regular ice cream. Our bad.

Weltschmerz is the feeling you so desire.

Who? I guess I shop at the wrong stores.

The ad reminds me of With Folded Hands.. "With Folded Hands ..." is a 1947 science fiction novelette by American writer Jack Williamson. Willamson's influence for this story was the aftermath of World War II and the atomic bombing of Hiroshima and Nagasaki and his concern that "some of the technological creations we had developed with the best intentions might have disastrous consequences in the long run." The novelette, which first appeared in the July 1947 issue of Astounding Science Fiction, was included in The Science Fiction Hall o...

I intended to say this exact same thing, but after seeing the whole commercial I think the Brazil reference is more apt even if the set and character are blatantly 2001. The commercial itself feels much more Brazil than 2001.

I LOVED this commercial right up to the very end which kind of spoiled it by being too goofy.

Yeah, but America isn’t getting fat because most of them don’t have access to a freezer.

I know this is strange, but I actually like it better than regular ice cream. It’s also the only green tea ice cream at my local publix. It’s full of protein and great for bodybuilding.