The capture of these people would be encouraging were it not for the fact that there are assuredly many more like them out there, with equally bizarre agendas. I’m thinking of the situation in Serbia before the first World War. Half the nation were fierce Nationalists and arms were plentiful.

William Bilbrough was recorded comparing the Base to al Qaeda

The English name of the organization is a simplified transliteration of the Arabic noun al-qāʿidah (‏القاعدة‎), which means "the foundation" or "the base". The initial al- is the Arabic definite article "the", hence "the base". In Arabic, al-Qaeda has four syllables (/alˈqaː.ʕi.da/). However, since two of the Arabic consonants in the name are not phones found in the English language, the common naturalized English pronunciations include /ælˈkaɪdə/, /ælˈkeɪdə/ and /ˌælkɑːˈiːdə/. Al-Qaeda's name c...

I do not believe that one set of gun nuts starting to shoot each other would cause the economic collapse of the nation, but (and OK, it’s not my nation) I’m cool taking that risk.

The War on Everyone

The War on Everyone is a 5-part audiobook by Robert Evans. It's a complete history of the ideas, the tactics and- of course- the bastards who built the framework for the current surge in far-right terror we're all living with today. Timothy McVeigh,...

Matthews was also an active member of the Canadian military. 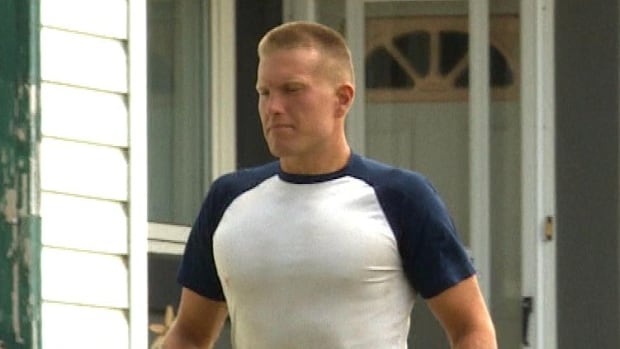 RCMP are searching for Patrik Mathews, whose alleged ties to a Neo-Nazi group led to his ejection from the Armed Forces this week.

Even if this is sensationalized, this doesn’t make me scared or even worried, just sad. These guys are idiots feeding off of their own stupidity. And it’s not even a new plan! It is a badly updated version of Helter Skelter!

Richmond Gun Rally: Is A Virginia Cop Giving 4Chan’s /pol Board Inside Info?...

On Monday, January 20, the city of Richmond, Virginia will be host to a massive gathering of militias and individual gun owners, protesting against a series of proposed bills in the state legislature. This event started as the annual “Lobby Day”...

Jordan Mathews (a Canadian who apparently crossed illegally into the USA)

This “illegal alien” stuff is getting so confusing. Is it “murderers and rapists and gang members” or “very fine people”? [checks skin colour of person in question] Well, that’s that cleared up for Il Douche and his followers.

You can tell if they are wearing a RWDS (right wing death squad) patch that they are “very fine people”.

Indeed Jordan Mathews probably feels that being white should give him the right to immigrate to the US and help Make America White Again.

Here’s some Antifa action from the 40s.

Well, for once, the ridiculous Tactical Cosplay Corps has an actual reason for their paranoia, somebody was out to get them after all.

“We have met the enemy and he is us!”

The assassination of Archduke Franz Ferdinand of Austria, heir presumptive to the Austro-Hungarian throne, and Franz Ferdinand's wife Sophie, Duchess of Hohenberg, occurred on 28 June 1914 in Sarajevo when they were mortally wounded by Gavrilo Princip. Princip was one of a group of six assassins (five Serbs and one Bosniak) coordinated by Danilo Ilić, a Bosnian Serb and a member of the Black Hand secret society. The political objective of the assassination was to break off Austria-Hungary's S...

That video is actually a composite of actual D-Day footage, and clips from other times and places.

At 4:15 there’s a brief shot of Russian Katyusha rockets being fired. No such weapons were used in Normandy. The Germans developed a counterpart to that weapon, called the Nebelwerfer, but it was not used for the first time until much later in 1944.

At 8:58 there’s a scene of troops coming out of a landing craft. That was actually done at a pre-D Day exercise on the coast of England. It’s easy to tell. Those guys are landing at high tide; you can tell because they’re coming out of the boats so close to the dunes. On June 6 the landings took place at low tide, and there was a very wide stretch of open sand between the obstacles and the cliffs.

But I agree with the idea that this kind of antifa action is a good thing. I had uncles who were part of that. Thank God they didn’t live to see the !@#$ that’s going on in this country today. It would make their trigger fingers itch to see all this neo-Nazi garbage.

Of course they did. They made their intentions well known by going to a protest marched armed. An armed protest is best known as a lynch mob.

Well, for once, the ridiculous Tactical Cosplay Corps has an actual reason for their paranoia, somebody was out to get them after all.

Yes, their friends! Everyone with a RWDS patch on any of their clothing (or a RWDS tattoo on the really dedicated) should go to Death Valley or a similar isolated location and hold live fire war games for a week. Thin the herd and all that. /s