That hallway of jail cells has a nice shade of green.

I was thinking more along the lines of marriage between first cousins.

I don’t think they have movie night in jail, it doesn’t sound like he will be going to an actual prison.

After reading the BB article, and the comments above, all I can think of is the phrase “paddle faster, I hear banjos.” /rimshot

Hey, I was gonna do that! 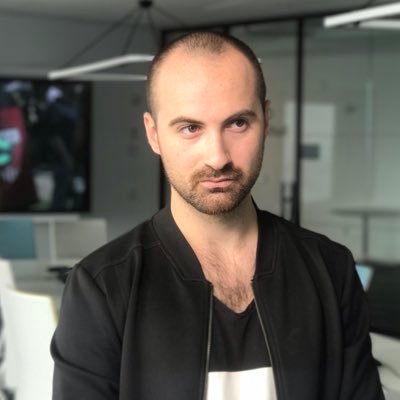 Holy shit — neo-Nazi leader Matthew Heimbach had an affair with his chief spokesman Matt Parrott's wife. Parrott is leaving the movement, possibly in shambles, saying: “SPLC has won. Matt Parrott is out of the game. Y’all have a nice life.” splcenter.org/hatewatch/2018…

Yeah, I was at work.

Here’s something the article includes but doesn’t really emphasize: Here’s another far-right white man who treats the people close to him badly, particularly the women in his life.

So wait… The guy who has deep disrespect (one could even call it hatred) for people that he’s never even met based on their ancestry or religion, treats other people poorly, even those close to him?

I’m stunned and need to reach my fainting couch for I do believe I have the vapors!

I think that’s the point curlz813 was making.

If Mr P and Mrs H.'s mother divorced, is Mr P. still Mrs H’s step-father? Or is he just some dude who used to be married to her mother?

If it’s the latter, if Mr P would have to still be married to Mrs H’s mother to be called her step-father, then the report claims P. was having an affair with his wife’s mother.

What is the modern etiquette on this?

Google is no help - just lots of stuff about how/whether to include step-fathers in weddings.

Given the difficulties that seems to cause, I’m surprised there are not more queries about how to deal with the ‘now-divorced’ step-dad. I’d imagine it’s not that uncommon.

It appears from the link that the current Mrs Parrott is not Mrs Heimbach’s mother by the way.

They are really keen on keeping their racial purity. Good thing too - I don’t want that sort of stuff leaking into the public gene pool.

Hey, I was gonna do that!

Ya gotta be fast!

If Mr P and Mrs H.'s mother divorced, is Mr P. still Mrs H’s step-father? Or is he just some dude who used to be married to her mother?

Well, I think that would usually depend on the nature of the relationship between the two people. I don’t think there’s really a legal or correct answer to this and it’s a question of how the two describe one another.

There’s no way the person is your “in-law” since your mother in law is your spouse’s mother, not your parent’s spouse. But if you had a step-parent who you regarded as enough of a parent to continue to think of them as your step-parent after the divorce from or death of your parent, I don’t know what you’d call their new spouse. Your step-step-parent? Do the “steps” cancel out? Maybe it wraps around and the woman Mr P slept with is actually his step-father?

I have a feeling he’ll be finding his way back sooner than later. Doesn’t seem to be a person guided by reason and perspective.

Okay, I definitely got confused somewhere along the way.

Going back to the original, I see “father-in-law’s wife” which I would usually take to mean his wife’s step-mother, since otherwise it would just say, “wife’s mother”.

Inter-marital affair could destroy what’s left of the leadership of a major...

On this season of 'Real Housewives of the So-Called Alt-Right...'

Sheesh! They’ve been taking the idea that white folks gotta stick together way too far.

A 1907 magazine reports two curiously ingrown family trees. The first is that of an alleged Neapolitan sailor:

I married a widow. She had by her first husband a handsome girl named Silvietta, with whom my father fell in love and who became his second wife. Thus my father became my son-in-law and my stepdaughter became my mother, since she had married my father. Soon afterward my wife gave birth to a son, who became my father’s stepbrother and at the same time my uncle, since he was my stepmother’s brother.

But that was not all, for in due time my father’s wife also gave birth to a boy, who was my brother and also my stepson [grandson?], since he was the son of my daughter. My wife was also my grandmother, for she was the mother of my mother, and thus I was my wife’s husband and at the same time her grandson. Finally, as the husband of a person’s grandmother is naturally that person’s grandfather, I am forced to the conclusion that I am my own grandfather.

We’ve seen that before, but the second story describes a more complicated route to the same outcome. Fifteen-year-old Ida Kriebel of Pennsylvania married 60-year-old Jacob Doney and became her own grandmother:


Domey’s first wife was the widow of John Wieden. She had three more children by Doney. One of her children married Samuel Kriebel, and a year later died. The widower married again. From this second union came Ida Kriebel. By this arrangement Doney became the stepgrandfather of his own child [wife?].

“The second Mrs. Doney also became stepgrandmother of twenty-five men and women, and stepgreat-grandmother of a lot of boys and girls of about her own age.”