Combined with widespread opposition to the GQP’s continued efforts to limit reproductive freedoms, the boost from these wins gives me slightly more hope for the midterms.

—seemingly controversial, but likely to be more popular with poor and middle-class voters than with America’s well-compensated pundits

How’s about that. Delivering material benefits for the 99% is the path to popularity, not chasing after the mythical moderate middle.

It’s almost as if people care about their own economic situation more than whatever feverishly divisive cultural issue the talking heads are yelling about today.

It’s almost as if people care about their own economic situation more than whatever feverishly divisive cultural issue the talking heads are yelling about today.

In sports, it’s often called “chasing the game” when a team lets their opposition dictate the pace and style of play.

Obama was very good at avoiding that trap. He always kept it about his plans and their execution. Biden is starting to clue into it; but it helps when the media slow their outrage-generation cycle to cover real news instead of the latest GOP-invented scare.

Passage of a major climate and infrastructure bill is one thing; the “Dark Brandon” meme is quite another.

It’s interesting and promising to see that the biggest bump in approval was among Independents. Like the man below says the Dems were gonna vote Dem no matter what, so getting that Independent approval up is a big deal. 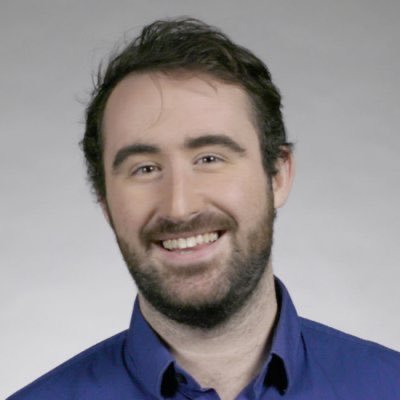 @WaltHickey
its easy to imagine a situation where Biden's polling bump came from Dems who were soft on him just Coming Home after getting some Ws in August, people who would have voted D anyway just liking the guy outwardly. Nope. It's from independents. businessinsider.com/biden-approval… https://t.co/mS5mMfTQfv 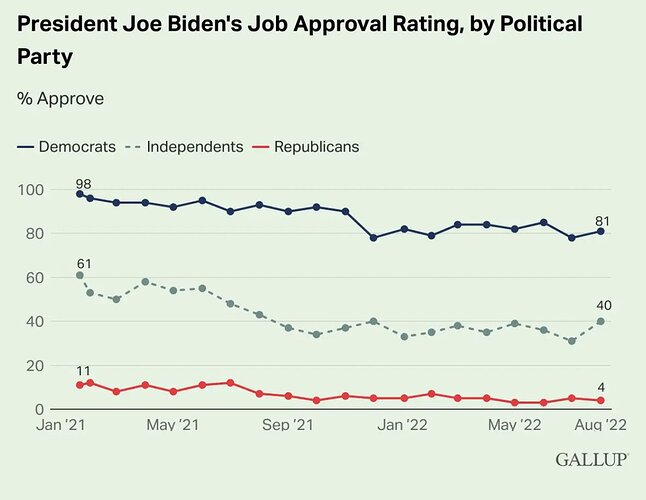 If you look at his accomplishments, I’d argue that Biden’s gotten more Progressive gains in a year and a half than Obama achieved in his first 4 years. Heck, at this point, Obama was massively increasing our forces in Afghanistan… the war Biden ended in under six months in office (and lost most of his popularity for).

I get you—I’m not in the poor house—but this remark is a great example of how people just have no idea just how wealthy the usual suspects of TV and daily newspaper punditry are. Chris Cillizza, for example, bosts of being paid “7 figures” a year by CNN for opinions such as his latest, “Mar A Lago raid was a win for Trump.”

When they sneer at this debt relief, as many have, it’s an important and largely unmentioned context that many of them are rich people being implicitly presented as experiencing and understanding the lives of the everyday folks upon whom they comment.

So no, I don’t count myself among that… well, it isn’t a crowd. There are maybe a dozen or three in the “pareto principle” quintile.

it’s an important and largely unmentioned context that many of them are rich people being implicitly presented as experiencing and understanding the lives of the everyday folks upon whom they comment.

Well said.
Also, re: student debt relief, when most of the members of Senate were attending college and/or university, a semester’s tuition cost about the same as that semester’s books. (If they went in-state, to a state university, but still.)
They can’t and don’t care to relate to today’s students.

How and why to default on your student loan boing

What happened, anyway? Perhaps like someone else suggested, the availability of student loans means that more people are attending college. However, UT Austin’s enrollment (for example) today is about where it was when I started there in the late 1980s. (EDIT: Maybe the new seats are elsewhere, e.g. U. of Phoenix.) My first semester’s tuition bill was $700 (not a fortune, even back then) although, IIRC, about half of that was for fees, not tuition. Someone else in the thread suggested that …

When they sneer at this debt relief, as many have, it’s an important and largely unmentioned context that many of them are rich people being implicitly presented as experiencing and understanding the lives of the everyday folks upon whom they comment.

The movie Don’t Look Up did a good job showing it. The daytime show host played by Cate Blanchett was capital-W Wealthy - bicoastal homes, vacation homes in old-money resort areas like Martha’s Vineyard, chauffeurs, private jet. Not the kind of “worker” most people think of.

The usual suspects need scalding with boiling oil and throwing in the pit full of hungry hyenas. I know, I know, there will be screaming and outrage, but it’s for the best, trust me.

We’re just going to ignore the hyenas’ complaints about this situation?

Does job approval even really matter right now? Democrats may not be happy with Biden’s performance but nobody’s gonna say, “I bet President DeSantis would be better” or “I bet a Republican controlled Congress would do a better job!”

I think it’s more a matter of deciding whether to vote at all. Low approval leads to lower turnout among fair weather supporters and higher turnout among the other side.

We’re just going to ignore the hyenas’ complaints about this situation?

They know what they did.

The hyena lobby approves of this plan.

I don’t know that many are using opinion polls right now to make this decision. If you’re paying even the bare minimum of attention you should know that now is not the time to be apathetic.