Boing Boing staff. I think you’re great, but I think this is really shameful:

Meanwhile, for those who want to be a part of history.

July 29th is an important date.

LOL, one “Like” for that above. Thank you @GilbertWham!

History is being made today… If some of you reading this still don’t understand the significance of July 29th, 2015… Don’t worry, you’ll read about it later in history books.

If you don’t want history to pass you by, there’s still time for you to join us today before the events start at a location near you.

Of note, the majority near my urban locale are full-up.

I’m still worried someone’ll whack him if he gets elected, you know. I fucking hope not. And god I hope he pulls it off. Come on, America. Do it. Doitdoitdoitdoitdoit. Have you seen the MASSIVE butthurt about Jeremy Corbyn being front runner for leader of the Labour party as well, BTW? The press over here is going fucking mental. I’m gonna ask my union if I can change the way my dues are paid, so I’m a party member and get to vote for him. If only to in some way inconvenience Liz Kendall at least a little bit.

Edit: To clarify, too, you sort of become responsible for supporting everything someone says if you just start endorsing them no context. And I’m guessing you don’t actually want coverage, of all the good and bad, but rather endorsement.

To clarify, too, you sort of become responsible for supporting everything someone says if you just start endorsing them no context.

Oh, do you mean what other people should do?

I’m not asking Boing Boing to officially endorse anyone here unless some of the staff is feeling bold and frisky on their own accord.

And I’m guessing you don’t actually want coverage, of all the good and bad, but rather endorsement.

No, just coverage, be it good, bad, funny, human interest or otherwise. Just as they are doing for some of the other major candidates.

For example, supporters showed up to Comic Con and made this large poster for Bernie: 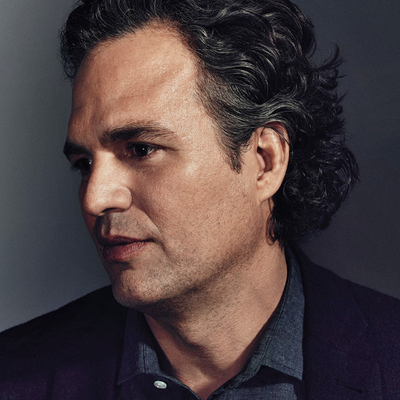 Can one graphic artist provide Sen. Bernard Sanders a bump in the presidential race? We'll fine out.

Reporting on that isn’t an endorsement of Sanders. It’s blogging a human interest story as they do all the time.

Frankly, I’m not afraid of negative stories. The corporate media has already thrown everything at us and it’s not sticking anyway. Just one of many reasons why I support Sanders, actually.

I’m still worried someone’ll whack him if he gets elected,

More seriously, I’m still not worried about it:

You can call them and ask if they have room for more due to cancellations, etc. – We’ve already done that here at various locations in Denver. Then again, like many cities in America, Denver is swamped with many event locations to choose from.

UPDATE: As of 1PM Colorado time, we’re now at:

I’d like to see more Bernie on Boing Boing, too. Doesn’t have to be an explicit endorsement, but he’s certainly the candidate that appeals most to the ethos of this site, and as such the bar should be lower in deciding what offbeat or interesting tidbit is worthy of a post here. And–today’s huge, grassroots streaming event should certainly qualify. Maybe highlight some of the unusual venues, or even some live coverage as it occurs.

I don’t know if butthurt is the correct term, unless you’re referring to Labour centrists? The right in England seem to mostly find the rise of Corbyn to be amusing in a similar way to the way the left in America view Trump (in that they’re both unelectable).

Does Sanders really have a chance though? It doesn’t seem likely to me. He’s doing well at the moment, but surely the longer the race goes on the more Clinton’s campaign funds will start to make an impact?

One thing that worries me about him as well are his foreign policy positions, in fact there doesn’t seem to be many reasonable candidates on that score in the entire race, which is more than a bit worrying.

A Sanders/Trump campaign would be highly amusing if nothing else though.

Nobody has a chance, until they do. While Clinton’s got the money and the backing now, it’s not unfathomable that she could stumble, and if the groundwork is there, Sanders could step in–though not perfect, he’s a less problematic candidate in a LOT of ways then Clinton, and carries considerably less in the way of baggage and negatives. I think his core message could carry the primaries if the Clinton machine faltered, so let’s get him in the position to take advantage of it if she does.

As for the general, it would be tough to weather all the cries of “Socialist!!!”, but with Trump doing a number on the GOP (please please please run as an independent) who knows? The whole thing is a long shot, of course, but not to the point of being a long shot with no chance. If nothing else, there’s a lot of genuine enthusiasm and admiration for this guy out there, whereas with Clinton it feels more like people just going through the motions.

surely the longer the race goes on the more Clinton’s campaign funds will start to make an impact?

The longer the race goes on the more Sanders’ grassroots movement will ramp up our impact.

I wouldn’t trade 10 Bernie Sanders’ grassroots supporters for 100 Clinton supporters that have to dodge, duck and weave around her record instead of being honest. TV commercials aren’t going to be able to compensate enough to offset our grassroots onslaught. Astroturf has many weaknesses in 2015.

Every ardent Clinton minion I’ve dealt with thus far has attempted to dodge and present outright lies. You can sugar coat lies with as much money and slick ads as you want, but Americans will still get the truth via online/offline word-of-mouth. Hillary Clinton’s poor record and list of monied donors isn’t something she can wish away – Just as the Republicans are increasingly finding their climate change denial FUD machines are being terribly outpaced by more informed citizens with ready access to counterspin.

That word-of-mouth is already going into overdrive only two months into the race for Sanders and he doesn’t have to pay most of us a single dime to do it with a passion we’re simply not seeing (or going to see) from her supporters. I predict as time goes on, Hillary Clinton’s supporters are going to jump ship to our side as they increasingly see her as a liability for the Democratic party. Money can’t hide that.

Why Bernie Sanders’ grassroots supporters are worth more than Clinton & GOP astroturf money can buy.

LINK to my post (First sentence of mine says “Well, after intelligently observing …”)

Depending on your browser, may need to scroll down to here:

Have you seen the headlines?

Yes, and I just checked the last 3 days of The Telegraph’s Labour coverage to see if I’d missed anything, but there wasn’t any butthurt to be found. The Guardian in contrast seems to be vacillating between hope and fear.

I was going to bring up Howard Dean… your link doesn’t work though.

Whoops, sorry about that… Link fixed!

anyone else notice the similarities between Sanders voice and Larry David doing Steinbrenner?

Would you say that you are disappointed in Boing Boing?