I think if Aristotle could have looked into the future and seen what would come of his idea that the state is a partnership for living well, he would never would have written Politics. Then again, the first Greek politicians probably dispensed with the principles about five minutes after the ink dried on the papyrus.

I can only conceive of a few, overlapping scenarios that pushed people over the edge here:
“We knew he was a vile, misogynistic pig, but that was fine so long as he only abused single women. Trump went after married women and violated the sacred bond between a man and his property!”
“Sure, we knew he was awful to women - but we figured they were all foreigners. He was awful to a blonde American!”
“We can accept that Trump’s a neo-Fascist child-rapist, but that salty language is just too much!”

They do seem to have a fascisnation problem with the idea.

A brief history of "cuck" boing

Or it could be that for some people it’s one thing to hear accusations of sexual assault and something else entirely to hear the accused person bragging about it and apparently deriving great pleasure from the thought of sexual assault.

Not long ago, I noticed that the various Republican candidates’ campaign signs popping up around town were completely lacking any Party identification. Not even the little elephant logo that I saw two years ago. Nada.

I’m guessing, totally without any real evidence, that the candidates have reason to believe that being identified as a Republican is a net liability this year.

I’m curious if the same “unlabeling” is going on elsewhere.

Oh please, they aren’t fleeing him on any principle, or suddenly discovered moral rectitude. They are trying to limit the downballot damage this will certainly cause. Looking out for their own skins isn’t principle. Don’t give them any credit they don’t deserve, they are all still just as bad as Trump, the difference being they’ve already actually been elected.

Geez, you know things are bad when Herr Gropenfuhrer thinks your behavior is beyond the pale.

Self-awareness is not a common human trait.

aka: The Usual Deplorables

From September 1, 1939
I sit in one of the dives
On Fifty-second Street
Uncertain and afraid
As the clever hopes expire
Of a low dishonest decade:
…

What huge imago made
A psychopathic god:
…
Exiled Thucydides knew
All that a speech can say
About Democracy,
And what dictators do,
The elderly rubbish they talk
To an apathetic grave;
…
The enlightenment driven away,
The habit-forming pain,
Mismanagement and grief:
We must suffer them all again.
…
Faces along the bar
Cling to their average day:
The lights must never go out,
The music must always play,
…
Lest we should see where we are,
Lost in a haunted wood,
Children afraid of the night
Who have never been happy or good.
The windiest militant trash
Important Persons shout
Is not so crude as our wish:

(Edit: Auden was blaming the rise of the dictators on our politicians and our materialism. It is one of the great 20th century poems, and I have left out one well known set of lines deliberately.
Wasn’t it Marx that says that history repeats itself ultimately as Farce (probably not). Anyway, looking at 30s Germany you have the discontented people being left behind, the armed population, the demagogues, the Tea Party instead of the Nazi Party, the very rich trying to run politics. But it’s through a distorting mirror, because unlike the Nazis, these people do not have complete control of the news (and Obama is no von Hindenberg). In the UK, Farage and his UKIP also have resemblances to the rise of Hitler - UKIP was a small, left of centre party which was taken over by Farage exactly as Hitler took over the USDAP. But Farage has degenerated into farce. Am I more optimistic than Auden? Possibly. Ask me this time next year.)

Given that we have many, truly heinous shitheels in office right now, people who are themselves racist, xeonphobic, Islamophobic, and mysoginist–but who limit their misogyny to every bit of inequality short of assault, or at least bragging about assault–it does make sense that this is where the line is. They’ve agreed with him on everything else.

Edited to add: I’m still dazed by the fact that he shat on a bonafide Republican war hero (John McCain) because he was a POW, and his campaign didn’t implode right there. Just shows you how hate can easily overcome what should be an automatic career killer: lack of support for active troops (“People with PTSD are pussies,” says Trump) and veterans.

Seeing the same thing here in Michigan. Used to be that the party affiliation was almost as prominent on signs as the candidate’s name, now nowhere to be found for any candidate in my area.

That also becomes indistinguishable from “we didn’t believe the accusations when women were saying it, but now he’s admitting it, so…”

I’m still dazed by the fact that he shat on a bonafide Republican war hero (John McCain) because he was a POW, and his campaign didn’t implode right there

Not even for veterans, even. That’s also really amazed me - that he could get away with pretending to be pro-veteran while actively shitting on them in multiple ways.

This was literally my first thought: why is this news now? Is it because it’s Trump’s own words instead of a woman’s?

Whether that’s the case or not, I don’t think the Republicans have much call to act all shocked. In the words of the fable, “you knew I was a scorpion when you picked me up”. Trump’s a scumbag, but that information has been pretty much in the public domain for a number of years now, and he hasn’t been making much effort to conceal it.

This was literally my first thought: why is this news now? Is it because it’s Trump’s own words instead of a woman’s?

Sadly it’s well known that women are frequently disbelieved when they make claims of sexual assault. Even with this new corroboration from the assaulter himself there are still a lot of people in denial.

So, the thing that will get mainstream republicans to desert a racist xenophobic unqualified narcissist candidate is if he reveals that he’s proud of assaulting and screwing married white women. Good to know!

Next: what will be the thing that causes Trump’s racist, xenophobic, angry white guy base to decide to vote for somebody else come November? Is there anything that will be too much for them? (I know, a video of him wearing a pentacle emblazoned robe, chanting “hail satan” while he drinks the blood of a murdered child would maybe drive away 50% of them, but that’s not exactly realistic. I’m seriously wondering if there’s anything at all that could realistically happen or be revealed that would turn them off of him?) 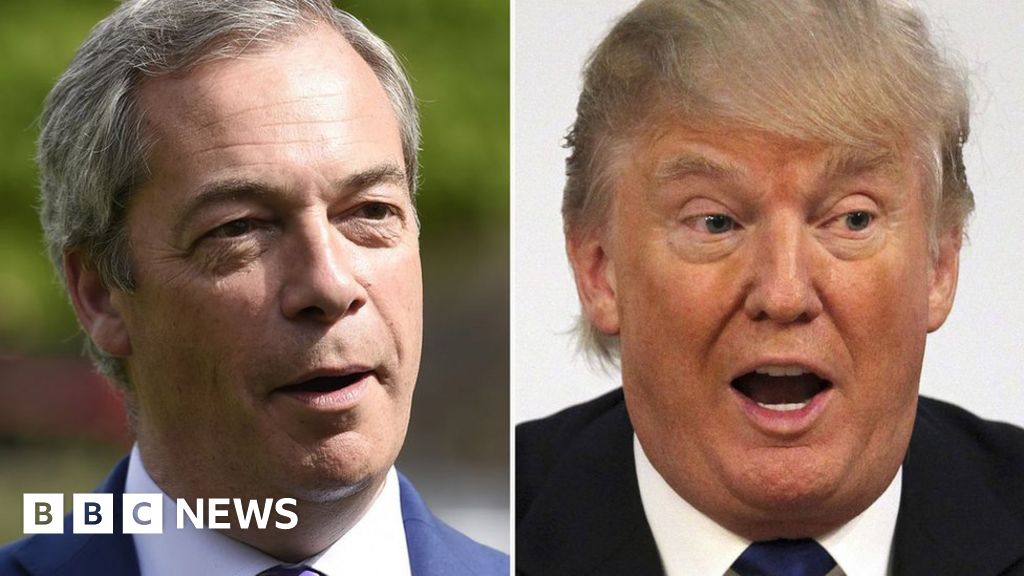 According to Farage, this is just something that men do.
I guess I move in the wrong circles.

So, why now? Josh Marshall has a thought:

Keep This In Mind

As we see numerous elected Republicans disavow Donald Trump and withdraw their support, let’s remember the endless number of things...