A best bet would probably be a lawsuit in a country that disallows hate speech. A lot of european countries do so, and in some it’s treated as a criminal case.

I have no idea how to clean up any individual platform and any new platform will be overrun in a short time but I don’t believe getting rid of social media is the solution.

The solution to extremism is the same as it’s always been- you have to marginalize them. Extremism can’t be fixed. It’s part of the human condition. What we can do is contain it, keep it from spreading, and make it clear those beliefs are laughably out of step with society.

You know what the best tool for doing all that is? Deplatforming. This is why banning these people on social media, or even tearing down large sections of social media is the right thing to do. The cost/benefit ratio of giving Nazis the biggest bullhorn the world has ever known is not worth keeping a system that makes it easier to organize high school reunions or complain about the writing in the latest anime movie.

I agree with everything except allowing all those evil nazis, racists, bigots, and every other group of hateful people dictate how I choose to interact with society or how the rest of society chooses to interact with me.

Some people think liberals should be banned.

It’s messed up and I doubt it gets fixed in my lifetime.

It’s not that hard.

Thanks for mentioning it - I needed this topic for something else!

Got a question that you want community feedback on? Throw your random poll question here!

The people who own/run the platform.

Some people think liberals should be banned.

The owners of the platforms (e.g. social media, news outlets, this BBS, etc.) and those they engage to edit and moderate them according to the standards and rules they choose. No-one in the U.S. except the state is under any obligation to entertain the free speech rights of fascists and bigots on their platforms.

The Welcome to hell, Elon article made the important point that this is literally the service social media companies provide. The technology of how to make and share posts is pretty well established and easily copied. The primary thing that differentiates them is who talks there, and that’s controlled by how they moderate. It defines what they are and shouldn’t be an afterthought.

This is of course why things like Gab and Parler came into being, not because they have anything innovative or some slick new AI, but because they hoped to provide a home for right-wing bigots. Twitter should put at least as much thought into who they want…unfortunately in saying “free speech for bigots, and also safe for advertisers and everyone else” Musk is simply doing his usual impossible promising.

If the people who run a platform decide not to ban Nazis then that platform is bad and should be avoided by anyone who doesn’t want to amplify Nazis.

Everything a company does is a form of moderation - what products you sell, the pricing, the faces that appear on your ads, the language you use to talk about your brand… everything is intended to shape who their consumer will be. I don’t understand why people don’t get this

And it’s not like Twitter hasn’t figured out how to moderate certain kinds of content. For example the platform hasn’t been completely swamped with hardcore pornography, and their moderation of such hasn’t sent the whole internet into a tizzy over “who decides what counts as hardcore pornography?”

What also is true is that ever since Apple announced its privacy initiatives, companies like Facebook have been breaking on purpose to make users switch to Chrome, or at least Firefox. They want to lure users away and into less strict browsers where they can track again.

I agree with everything except allowing all those evil nazis, racists, bigots, and every other group of hateful people dictate how I choose to interact with society or how the rest of society chooses to interact with me.

All limits on society are to limit the damage caused by a few people. Private entertainment speech platforms are no different.

Except they’re private and there’s that whole free speech thingy.

They absolutely should moderate themselves but the government can’t force them by making laws regulating speech.

Unfortunately there seems to be more profit in hate than happy things.

They absolutely should moderate themselves but the government can’t force them by making laws regulating speech.

Other governments can, or Twitter can become a US only site. Making a German account was one of the tricks that people used to make sure that Nazi hate was quickly removed. 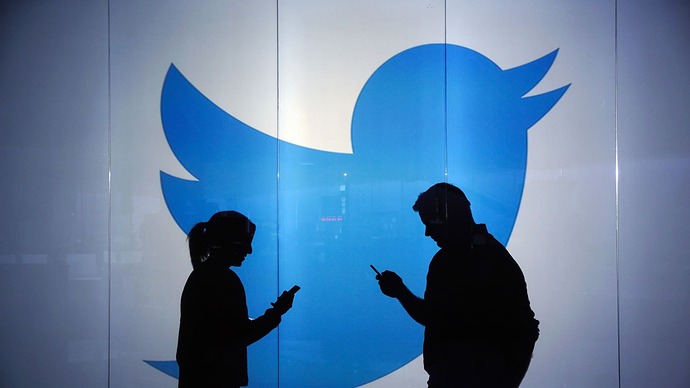 German laws make it harder for nationalist content to remain online, but hateful messages still slip through the cracks.

Except they’re private and there’s that whole free speech thingy.

If you own a meeting hall, then you are the ultimate decider on which guests to let in, and which to show the door. But that does not absolve you of responsibility for what those guests say. If you rent out your hall to the KKK and they openly incite to violence against minorities, then you cannot dodge responsibility for giving them a platform.

What most other owners of private venues find out is that letting any nutter come in and use their platform to spread their message often scares away audiences. The valuable voices cannot offset the discomfit of having hateful nutters also haranguing you.

So yes, any government can dictate what rules and responsibilities you have for what guests broadcast from your private platform. It is what governments do.

If Twitter doesn’t want to follow EU rules, then they cannot sell any ads in Europe any more, and cannot accept any other business in the EU. It really is that simple.

“… anything goes on the radio, TV, and the internet” has only been policy for the last 30 years or so

Doctrines were very different before that

Results are in—this experiment is not working out

Sorry, but 30 years is even older than ICE, so clearly it’s become part of the founders’ vision for America now.

I’ve seen things you people wouldn’t believe… Attack bigots burned by Conan O’Brian, dim as obsidian… I watched dank memes, bitter in the dark near the Gamer Gate. All the interesting moments lost in time, like tweets from the sane… Time to delete my account.