The question is will the AL GOP support him when he runs for re-election despite that.

Tuberville? If there’s no serious primary. They’ll support him in the general, because R.

And looks like he’s burning shit down as he goes, too…

Ah crap, I just realized that I’ll be out taking the cat to the vet, so will miss a good deal of it live.

Wow, a historian giving a cat preference over history in the making!

Well, I can listen on the way there and back… as well as listen to what I missed later. 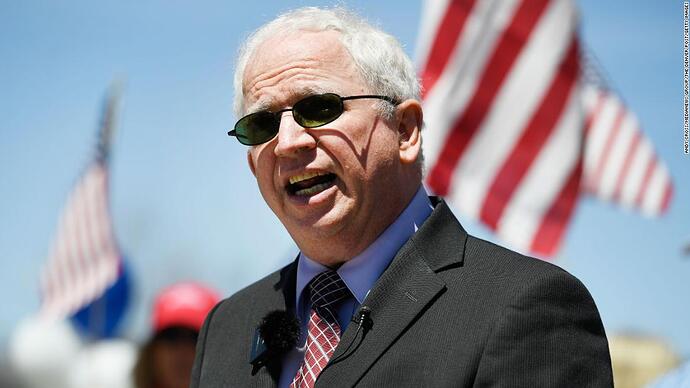 The FBI seized the phone of former President Donald Trump's election attorney John Eastman last week, according to a new court filing from the lawyer.

Eastman is asking a federal judge to force the Justice Department to return his property, destroy records it has obtained and block investigators from being allowed to access the phone. 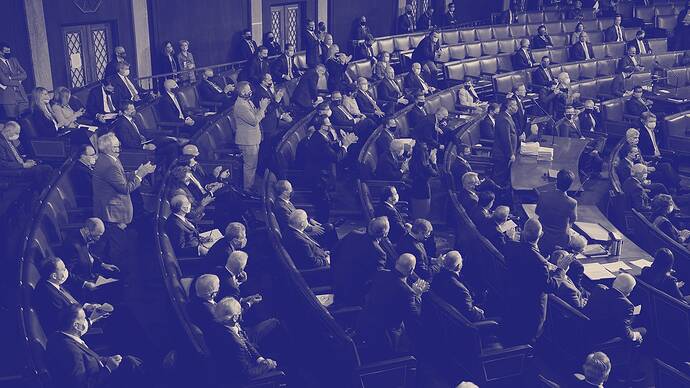 The “Gap” in the Constitution That Led to January 6th

Trump and his allies exploited key vulnerabilities in the electoral process. Is the biggest one Congress itself?

In recorded testimony presented last week, the former aide to ex-White House chief of staff Mark Meadows said a group of GOP lawmakers had sought pardons in the wake of the riot. 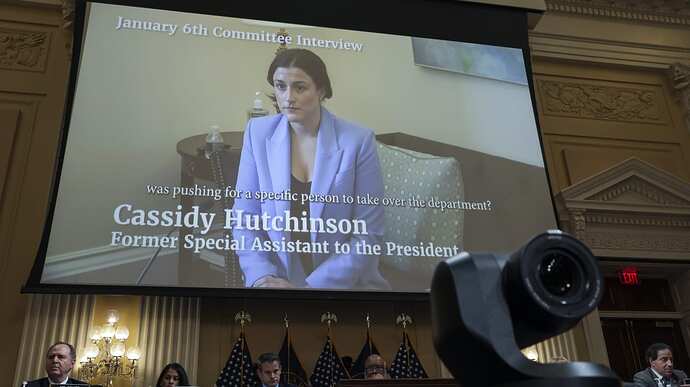 Cassidy Hutchinson’s revelations to the committee are said to have put her in danger.

How is Mag Habs going to run interference for this one? The House select committee investigating the January 6 Capitol attack is closely fo...

How is Mag Habs going to run interference for this one?

The House select committee investigating the January 6 Capitol attack is closely focused on phone calls and conversations among Donald Trump’s children and top aides captured by a documentary film-maker weeks before the 2020 election, say sources familiar with the matter.

What a difference a non-trump lawyer makes.

yikes. so, basically. let’s get you to testify before you can’t?

i hope she’s getting better protection than that implies.

regardless of political bent, everyone testifying should at least be given the fbi on speed dial. it’d be a much better investment than ■■■■■’s lifetime secret service detail

Trump: “I don’t care if they have weapons, they’re not here to hurt me.”

Sounds like a plan came together doesn’t it Mark Meadows?

Seems like they knew ahead of time this was going to happen, and that it would happen in the way that it did. Conspiracy to commit? 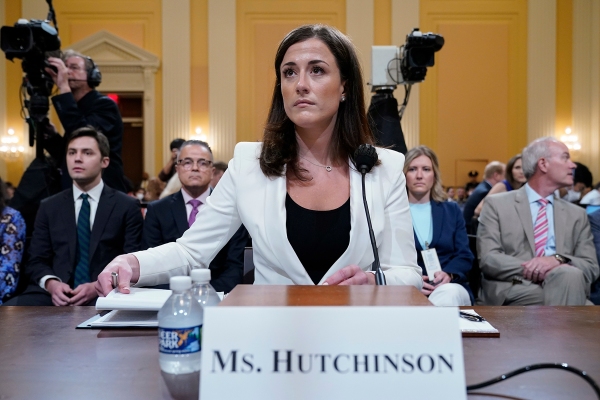 Cassidy Hutchinson told the Jan. 6 committee on Tuesday that the former president’s chief of staff issued an ominous warning ahead of the Capitol attack

I hope she has protective service 24/7.