Looks like it’s time for Congress to change the law, especially the part about “…and whomever the Executive decrees should be protected.”

won’t get paid for hours of work 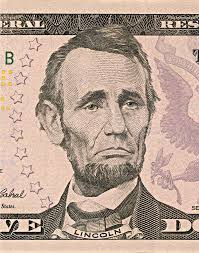 Golf carts, really nice ones suitable for his detail, cost in the order of 3’s to 5’s of thousands of dollars. I am amazed they rented them from him.

Remember, he gets lifetime protection after he leaves office and returns to his “normal” lifestyle.

Remember, he gets lifetime protection after he leaves office and returns to his “normal” lifestyle.

The state does not need to work so hard to protect the head of state, there is an endless supply of people wanting the job and some of them are even capable of doing it.

There is a science fiction short story about a place where the mayoral regalia must be worn at all times and contain a bomb. At every bus stop there is a button which will detonate it.

I don’t think we need go that far but as a thought experiment it is worth a read. Unfortunately I can’t remember the title or author and I don’t have access to my personal library just now.

I would agree the state shouldn’t have to work so hard to protect him…but he opens his mouth and says and does things that are so moronic that he makes himself an even bigger target.

Classy behavior has disappeared. Yes, if I were the billionaire president, I would not be charging. I would probably offer Mar-e-Lago members a discount for all the hassles they’ll face.

It was a Republican talking point a few years ago that Joe Biden was charging the Secret Service to rent a cottage on his property - same ethical challenge - Joe just didn’t think big enough.

He’s draining the swamp OK. Into his own swimming pools.

Is this to provide them with lots of black leather uniforms?
The thing that has always slightly worried me is that SchutzStaffel means more or less what is the official job of the US Secret Service. It’s like someone was doing pre-emptive irony.

Why does he need security? He’s the best president ever. Everyone loves him.

It’s not Trump’s fault for having a family.

It doesn’t matter who they are, where they go or what they do. It’s SS policy to protect them. It’s not Trump’s fault for having a family. The SS just got the bad deal here by having a guy elected with a huge family.

Y’know, they really should come up with a new departmental name while they’re protecting this particular pro-Nazi president…

And yet despite the cost, the more Trump and his progeny are on vacation, the happier I am.

4 posts were split to a new topic: Denazification

I’m in Kennebunkport Maine- We still have a small Secret Service contingent here for Bush I, and he’s been out of office for almost 25 years now.

The government basically built a small guest house on the Walker’s Point compound, and someone told me they rent the land that it’s on for some token value like $1/year or something (I can’t verify this). There’s maybe a half dozen agents total who live there at least part time.

If you go to the turnoff from Ocean Ave and take pictures, they’ll come out and ask you questions.

He has literally never paid for a thing his entire life. He’s never signed a check, cut an invoice, pulled out a credit card or cash for anything.

Especially the people he hires!

Granted it’s a very small contingent and probably is a very minuscule portion of the SS budget I am sure.

I’m sure it’s well under $1m a year to maintain the Kennebunkport presence, especially if you count the slight uptick when Bush II visits as a separate line item.

If you go to the turnoff from Ocean Ave and take pictures, they’ll come out and ask you questions.

King Abdullah of Jordan was advised to have bodyguards, to which he replied "I am a free man and a Bedouin…"
He was assassinated. But he considered it to be more important that, as king, he was approachable to his people.