Video: A furious woman at Walmart calls cops on a man because he "looks illegal"

Cut her some slack everyone. She was taken by surprise. It’s pretty rare to encounter a hispanic person in [checks notes]… Los Angeles County.

That struck me as weird, too. Glendale has a massive Hispanic population, like the whole area there does. Calling the cops because somebody “looks Mexican” isn’t going to get you very far if the cops are Hispanic, too. That’d be like a ‘lifelong San Francisco resident’ calling the cops in horror because they just saw someone who could possibly be Chinese.

I suspect she would be much less of a target for body shaming.

As atrocious as that individual seems, I don’t; because body shaming happens all the time in our society, regardless to the type of person the victim is “on the inside.”

That said, you’re correct that it’s MUCH easier to be ‘mean’ to flagrant assholes who seem to be actively looking for trouble…

This is the type of person that makes you daydream about all the ways you could have fun pissing them off. Like casually saying “Hola” to the checkout clerk while she’s waiting in line behind you.

She seems to have this bizarre fantasy scenario all worked out where the Scary Mexican beat someone up, stole a construction-worker outfit, and then crawled out of the bushes to steal a job.

Remember that firefighter, who was doing annual inspections and got white-called on, because he was so suspicious with his fire department uniform and fire truck and all. He probably stole the uniform and the truck!

It’s like a broken version of Arthur Conan Doyle:

Once you eliminate the impossible , whatever remains, no matter how improbable, must be the truth.

How is it that these kinds of people always seem utterly clueless to the immense amount of ridicule they are inevitably going to receive behind these videos?

I have to constantly remind myself to never underestimate people’s ability to really suck at identifying long term consequences for their unregulated bullshit. Also when you’re busy blaming anyone and anything you can for your unhappiness it’s pretty easy to get away without thinking about how you really are, how you come across, what you’re doing with your life, etc.

Like I wish, just once one of these miserable fools would have a moment of self-awareness mid-video, but it hasn’t happened yet to my knowledge which is discouraging because I guess that’s just… rare.

Maybe some Mexican person jumped out of the bushes and ran off with her job.

Sure, because that’s totally a thing that actually happens…

“That’s right, officer. He came out of nowhere and made off with my job, my dignity, and my self-awareness. It was the most traumatic thing that happened to me since that time in 2015 when all those gay couples took my marriage.”

Her MAGA hat has a special place in her heart.

This woman is really punked up. Maybe she’s just frustrated because she doesn’t get punked enough. Go on Miguel, throw her a pity punk.

Maybe she plays too much Fortnite? 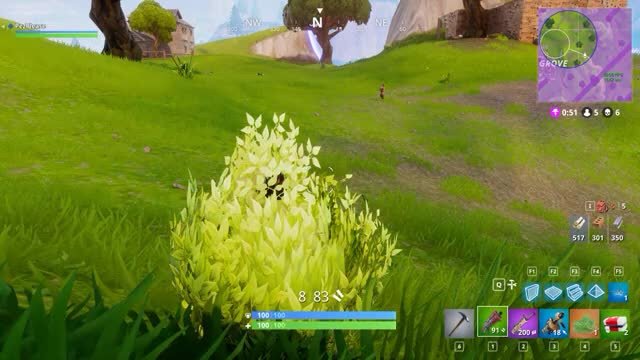 I love how it ended with - “Get a job.” It looked like he was trying to do it before what ever bug crawled into your britches.

It’s chilling because you can tell from her conviction that this isn’t the first time she’s tried some shit like this. I’m sure that normally her “I’m calling the cops on a brown person” routine gets her exactly what she wants, which is the target of her bullying disengaging to avoid a scene and/or contact with law enforcement. Brave of this guy to stand up to her, it’s not without risk but it’s great to see! And good on the guy in the car for showing explicit support, I feel like that makes a difference.

It all started during the great Panic of 2008 when Satan stole her children by showing them a D&D board.

That should be a restaurant at an airport.

Or a difficult to google band name. All searches just point to Walmart Wendy.

This occurred in Glendora, not Glendale. According to Wikipedia, “30.7% of the population were [Hispanic (https://en.wikipedia.org/wiki/Hispanics_in_the_United_States) or Latino of any race” in Glendora which I guess if she lived in a bubble, could isolate her to a whites only environment.

This occurred in Glendora, not Glendale.

Ah, my fumbly fingers. Still, about the same Hispanic population as the city I mistakenly typed, so as you say, it’s bonkers that she’d be so terrified of someone who appeared Latino.

I thought I’d seen this before: it happened back in April. TBH, I was sure I’d seen it on BB, but a search suggests not.

Has something happened (like a prosecution) to make it come up again? Or is it just a case of reminding people that shit like this happens, and an opportunity to dunk on her again? If so, I’m down with that.

The racist woman also appears to be a big liar.

Those two attributes frequently appear together.

She had a friend who got beat up down the street and her dad is black, so don’t you dare accuse this woman of racism.

Right? Also: She looks Gen-X, not boomer, to me.