If it’s just about building trust, without any pretense for the conversation, fine I guess (though again, any police interaction can be anxiety inducing).

ETA: The impression I got from your original post is that the officer could use the conversation to coolly verify that the individual was not a threat, whereas I think it should be obvious that someone picking up garbage isn’t a threat. If that’s not what you intended, I apologize for misreading you.

My son and I were walking to the car. A cop pulls up. He rolls down the window and says, “hey, would your son like a sticker?”

Did you feel a little ice-water chill before you realized the cop’s intentions were benign?

Also, what did the sticker say, if you remember?

The cop says that the grabber could be used as a weapon.

Well, so could the guy’s boot, considering it could connect with the cop’s ass. Not too smart of the cop to miss that. /s

what did the sticker say, if you remember?

Yeah I’m really curious what sticker they would hand out. “Skateboarding is Not a Crime”? “You Have A Right to Remain Silent”? “I Do Not Consent to a Search”?

I guess probably just the name of the org unless they got creative.

That’s why the “friendly conversation” might be a bit of a white liberal fantasy - when that cop walks up, you don’t know what they’ve got in store for you.

I have to agree there.

As a Black woman, I automatically look at all police officers the same way I do poisonous snakes, grizzly bears, or any wild, dangerous animal; to be completely avoided if at all possible, and dealt with extreme caution when avoidance isn’t possible.

Anyone that has a ‘free license’ to kill or maim me is going to be regarded as an existential threat; full stop.

That’s the everyday reality of PoC in the US.

Boing Boing! Thanks for posting these stories. The only way anything will change is if everyone becomes aware that police do this illegal stuff frequently, and across the country. And in spite of all the past published stories, some people still deny that it is happening.

Smartphone cameras are the most important tool against police racism these days. It’s sad that it’s necessary to protect ourselves against these cops who claim to be American patriots, but who violate the constitution continuously - but yes, it’s necessary.

The article I read says the cop saw the resident standing behind a posted “private property” sign & stopped to ask if he had a right to be there.
It also says the trashpicker is a student at the Naropa Institute of Disembodied Poetics [founded by Allen Ginsberg]. 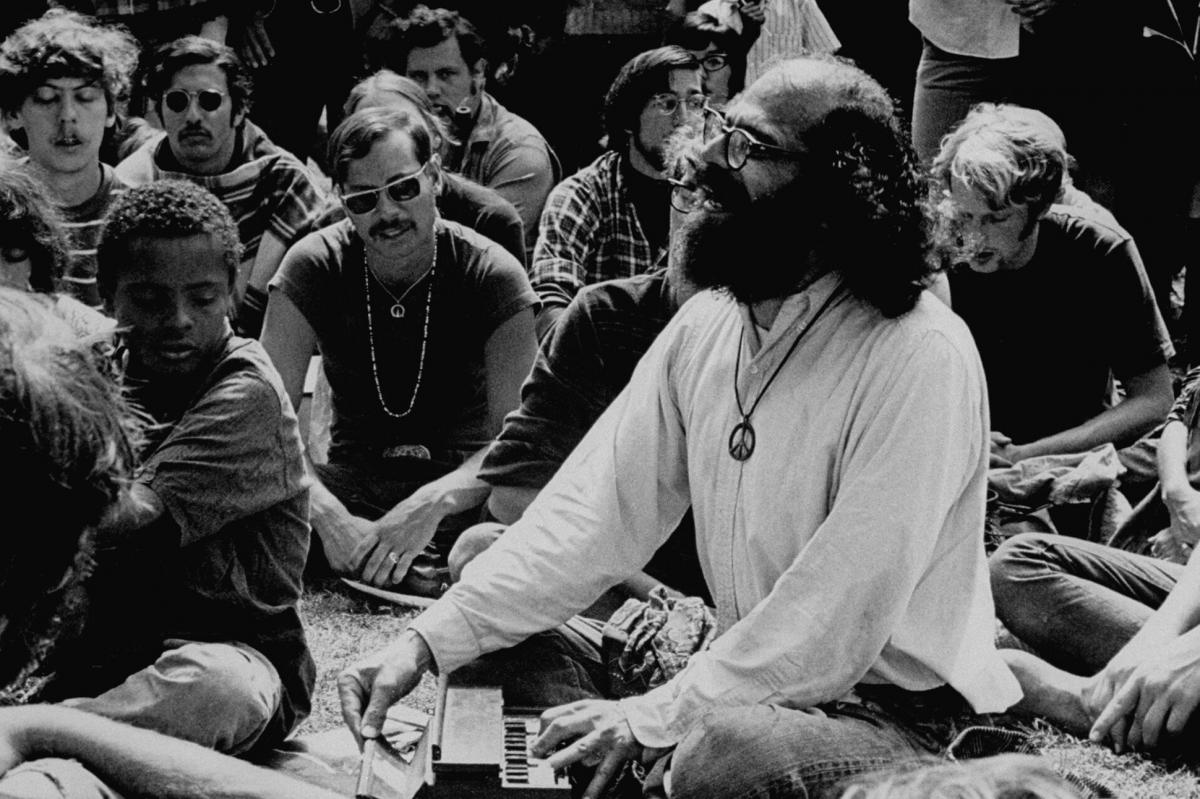 America I’ve given you all and now I’m nothing.

I’m an old white gay man - which means that usually, these days, I’m profiled as non-threatening, and left alone by cops. But I’ve certainly had to deal with violent anti-gay cops and cops who treated me badly over the years. It’s been about 7 years since the last time I was called a “fucking faggot” by a uniformed cop, who thought that was an appropriate response to my walking on a sidewalk near him, and about 15 years since I was last physically pushed around by a cop. Yes, I’ve also seen cops do good things and defuse violent scenes - but I don’t trust cops I don’t know any further than I can spit. They have to demonstrate they can be trusted before I can relax around them. Black and Hispanic friends and acquaintances have, of course, had many more bad interactions with cops who were both racist and homophobic.

Being gay has been educational - I don’t think I would have noticed as many of the pervasive incidents of racism around me if I hadn’t been sensitized to that kind of crap by being the target of similar crap.

This. I’ve had to learn how to modulate my reaction when police are around, because I get anxious and fearful and they register that as indicating I might be dangerous or guilty of some crime.

Many years ago I adopted a dog who had been used as a fluffer for dog fights, which totally messed up his mind. In working with specialist trainers on this issue, I learned the term “fear aggression”. Dogs don’t distinguish between the two. They react the same way whether they’re feeling fear or aggression, and also if someone ELSE is exhibiting the signs of fear or aggression. That’s what the police do as well: they sense the (completely reasonable) fear that some people feel when around them and they react as if that person is being aggressive. And if they themselves feel fear, they lash out in aggression.

Please tell me those police officers will be fired. I know they won’t but they should lose their jobs. This is fucking insane that anyone should have to put up with that behavior from people who are supposed to protect you.

Not after the police fought for the right to take your garbage from the curb and search it without a warrant. Once it’s at the curb, trash is fair game. (Unless you’re a suspicious type scrounging scrap metal or items with a deposit.)

This incident truly is disgraceful. Those predators were goading the guy into a rash move or comment and they were ready to pounce. I’m sure they went home to their loved ones with an extra shine on their halos.
My question is, where were their supervisors or senior officers who might have had a modicum of common sense?

What do cops get when they harass someone at gunpoint? Paid vacation. Do we really need to look any deeper than that to find the problem? 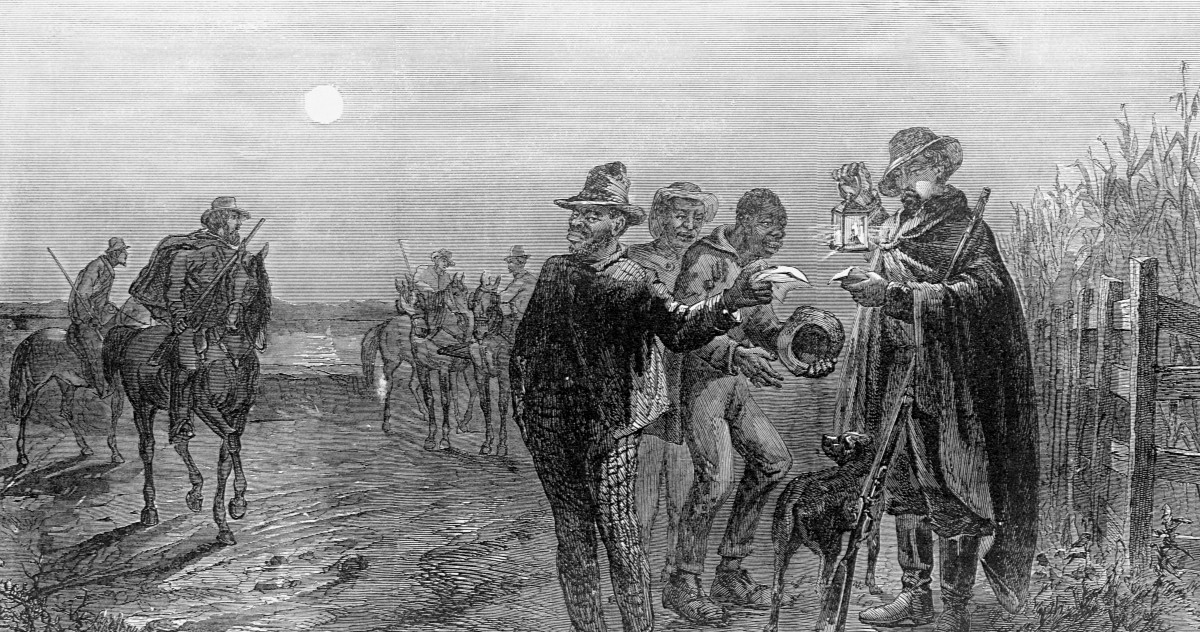 Slavery and the Origins of the American Police State

They were called patrollers or, variously, “paterollers,” “paddyrollers,” or “patterolls,” and they were meant to be part of the solution to Colonial America’s biggest problem, labor. Unlike Great…

This seems like an appropriate thread to repost this: 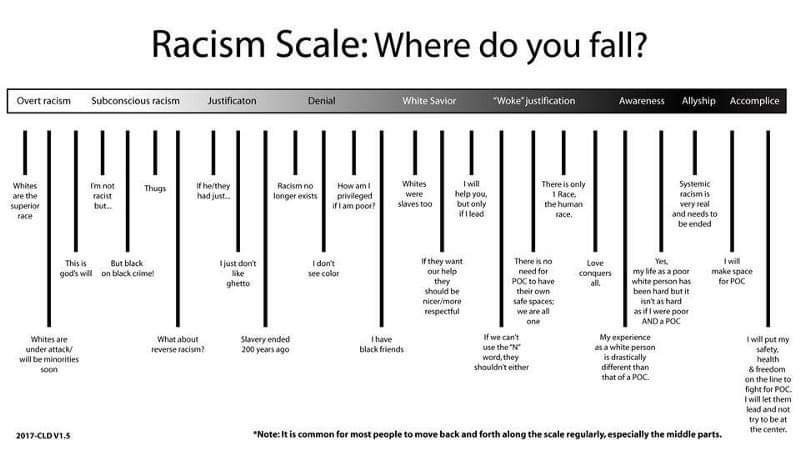 This seems like an appropriate thread to repost this:

Snagging that for future use.

Also, because it’s vaguely relevant, it should be noted that trespassing laws vary from state to state.

I suspect a number of them are morally corrupt from the get-go.

That’s the everyday reality of PoC in the US.

Useful link re trash searches; what can and can’t be done varies: 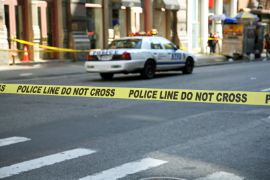 Can the Police Legally Search My Garbage?

The U.S. Supreme Court has decided that cops can search and seize abandoned property. In essence, once papers or contraband have been thrown into a trash receptacle, it is considered 'abandoned' and anyone, including the police, can look through it...

Also, what did the sticker say, if you remember?

The one they give out around here is basically a sticker of a generic police badge. Firefighters typically have the same thing to hand out too.