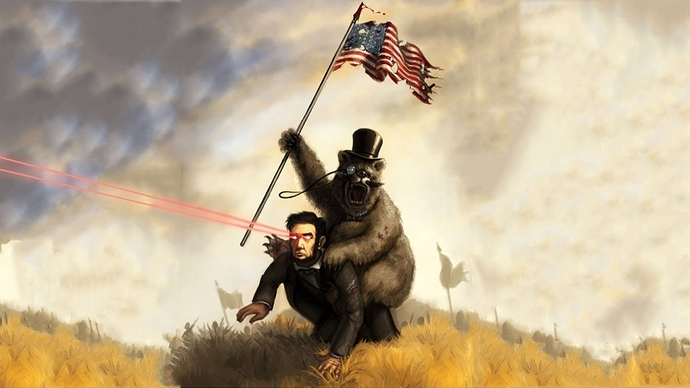 all this handwringing over “looting,” but that asshole can ruin the economy of an entire city and brag about it.

It’s an moderately amusing review, but basically the reviewer went to a restaurant where he knew he wouldn’t like the typical crowd and mocked them. Fine, but that’s basically shooting fish in a barrel. What’s next, a review where he goes to one of those places where pretentious goateed guys drink overpriced PBRs ironically?

So, America is Canadian for Hooters, then? I’ll have to add it to my itinerary.

That link goes to the mobile version of the site for some odd reason.

Sounds like a Trumpified Hooters. Sucks that they named it America. It is not emblematic of the US or Canada.

Don’t forget you have two shoes - feel free to take a bonus pitch at Trump.

He gives the food high praise, so the zero stars are entirely for the service, atmosphere, and clientele. Usually critics save the humorous hatchet pieces for the irredeemably awful.

It’s simpler than that: fuck Donald trump, everything he stands for, and everyone who likes him.

In terms of the everything including the food awful, my favorite is this one of the Royal Institution’s science-themed restaurant Time and Space.

It is the perfect restaurant for it’s location. The only people who ever go there will be billing it back to their employers, who are making it off of Canada’s ridiculously high trading fees and MERs. The quality of the food is secondary to telling people how big your bill was, and how you managed to figure out a way to expense your dinner with your frat buddy.

I will also mention that I’m looking forward to no longer walking home past this place. Sooner or later my number would otherwise be up with the colossal SUV driving jackasses who just push through pedestrians when exiting the driveway.

They say evil is banal, but I think Trump is more banal even than evil is.

Sounds like the kind of place you’d see the Ford brothers stuffing their faces at.
And by the way, I was kind of sad when they closed down the Hooters in my Canadian hometown. At least it was a breastaurant without any delusions of grandeur.

and everyone who likes him.

Except manufacturers of rococo hotel furnishings.

And one half-blind muskrat who is in love with his hairpiece.

Though, funnily enough, Trump doesn’t really have much to do with the Trump hotel in Toronto. About a decade ago a local development company decided to build a luxury hotel downtown, and then approached him afterwards about licencing his name so that it appeared to have some sort of brand to justify the prices they were asking.

(The development company is a bit of a piece of work themselves, for that matter.)

Where I come from, a trump is a child acceptable term for a fart. This would have highly amused the 7-year old me (the current 10-year old me has risen above it).

Hooters have great food? The few times I’ve been there I don’t recall it being great.