sometimes destroying evidence in these cases is a good thing though, for example if a cop punched a teen and then another cop chopped off the first cop’s hand with a samurai sword and burned it so that internal affairs wouldn’t be able to check the hand for bruises I could support that.

Consider in silence how ignorant of modern technology you’d have to be to think that a modern surveillance camera’s battery was a tape.

To be fair, they thought it was a hard drive. Which isn’t necessarily unreasonable - one black box with wires coming off of it looks much like another.

“The tip was the computer. A Mafia goon would kick in the screen and say, that’s it, that sucker’s busted. Actually, monitor screens are cheap. The expensive part is the box underneath. Whoever trashed our place had known that much.” [“Zodiac”, Neal Stephenson]

Consider in silence how ignorant of modern technology you’d have to be to think that a modern surveillance camera’s battery was a tape.

Consider instead how without modern technology it would have been the cops’ word against the kid’s, and the cops would have likely gotten away with battering a suspect.

Even with unequivocal video evidence, it borders on the miraculous that these cops were charged with anything.

Consider instead how destroying evidence is SOP, and this is just a failure that didn’t work out as intended… what’s a good guess at the failure rate? 10%? So cops are getting away with this behavior of assault and evidence destruction 9 times for every one of these films we get to see. And we see these what… weekly? Total system redesign is the only answer to the auto-immune disorder known as “policing.”

Policing is a maladaptive and repurposed organ. It has its origins and history in the slave patrol and before that, palace guards.

It’s a bit like trying to digest with a spleen. Wrong tool for the job. And now we have a spleen that doesnt really digest very well and also is extremely prone to cancer.

Tampering with evidence is a third degree felony? WTF - it’s an act which strikes at the core of the justice system.

Still, it’s a felony. If convicted, would they be able to possess a firearm?

Rofl. Of course they would. How is that even a question?

Even with unequivocal video evidence, it borders on the miraculous that these cops were charged with anything.

Regueiro’s attorney, C. Michael Cornely, told the Herald that the sergeant and his auto theft unit had worked hard to catch the alleged thieves. The slap was justified, he said, because Crespo was going to spit at Regueiro. 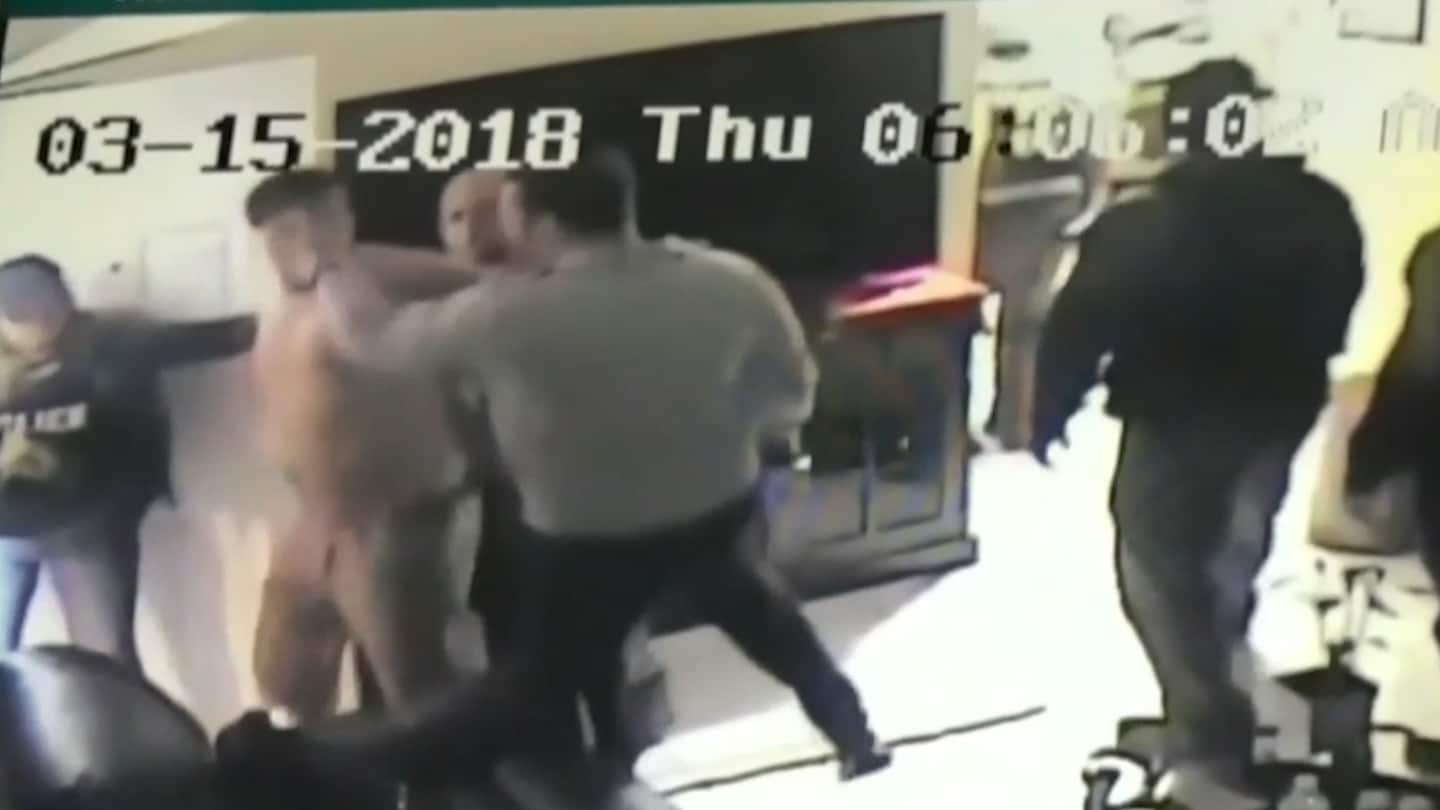 A cop slapped a handcuffed teen. Then his partner tried to destroy the video....

On Tuesday, the two officers were charged with crimes — one for misdemeanor battery, and another for trying to destroy the video evidence.

“now both officers are being charged with crimes.”

Wake me up when they get convicted.

Just checked - convicted felons cannot possess a firearm in Florida. They can appeal to the courts to have their rights reinstated, and it looks like it’s easy to find a lawyer who specializes in that. For these guys, the gun-free life probably would be short.

The victim warned the officers they were being filmed by the home security system.

The only reason I can come with as to why the victim would warn the cops about the security system is this: He was afraid that they’d continue to hit him and/or kill him. (Alternative: Have everything on video… but that might include your murder!)