Lindsey Graham’s epic self-own: calling Republicans racist “is not going to fly with us — we're used to it by now" boing

Originally published at: Lindsey Graham's epic self-own: calling Republicans racist "is not going to fly with us — we're used to it by now" | Boing Boing …

Truly, it is basically like calling him an “old, white man.” It is so blindingly obvious that it carries no weight. The ones who understand and believe it were never going to vote for them anyway, and the others think it is a mark of distinction. The vanishing middle is almost immaterial. It is all about turnout vs. voter suppression. That is the whole ball game.

This isn’t exactly a new thing but I recently visited the Ronald Reagan presidential library. I certainly wasn’t expecting it to be a neutral, unbiased look at the man’s legacy but I was still a bit surprised by a couple things. One was that, while there was a section dedicated to his early life, school, acting career etc., I saw absolutely zero mention of either his first wife or any of his children. For someone supposedly representing a party of traditional family values there was nothing indicating what kind of father the man was, or even that he was a father at all. Plenty of photos of him posing with various celebrities and world leaders but if there was a family portrait anywhere in the museum, I missed it.

(According to this article there was a fleeting, easy-to-miss mention of Jane Wyman but I didn’t see it)

What’s a Presidential Library to Do? (Published 2011)

The Nixon and Reagan libraries are near one another in California, but far apart in philosophy.

The discussion of the whole Iran Contra scandal was basically a brief one-paragraph blurb on a small display off to the side. In contrast, the Nixon Library at least has a big display dedicated to Watergate which was sufficiently non-flattering that at least one long-time docent (and presumed Nixon fan) resigned in protest when they added it.

Discussion of any policy issues was about as biased and unsubtle as you might expect. They had a dumb Angry Birds style slingshot game you could play with a touchscreen to “knock down regulations.”

The Air Force One display was cool though, and probably the biggest draw to visit the place.

so blindingly obvious that it carries no weight

Talking to a friend today, we thought about how utterly shameless, or perhaps clueless, Graham’s statement was.

The ones who understand and believe it were never going to vote for them anyway, and the others think it is a mark of distinction.

And sad.
And morally repugnant.

The axiom “o woe is me, for, everywhere I go, I am surrounded by complete a-holes” and its natural riposte “well if that’s true, it’s not them, it’s you” seems never to have entered Graham’s consciousness. Not meaningfully, at least. If only one of his staffers could explain AITA1 in the context of his self-own.

I can’t tell any more if the GOP is culturally ossified enough to make an unexamined life2 an operating system requirement, but certainly racism inside the U.S. sure operates on as little honest self-reflection as possible. And lots of unhealthy human behaviors are based on avoiding that discomfort.

Graham’s time is coming, where he will, one assumes, stand before his god, if he is a believer. The cosmic ledger that contains his life summary will be one helluva reckoning. I do believe that.

Another Trump hate rally: The threats get worse, and polite America turns away

That headline alone is an example of the huge problem in the MSM. It reads like a shift from blaming “the Dems” for what the 45 and his supporters in the GOP have been doing to saying it’s the “polite” public’s fault for not paying attention.

The American news media has collectively decided to ignore Donald Trump’s threats of white supremacist violence and sedition.
[emphasis mine]

Nailed it with the very first sentence here. Unfortunately, the follow-up about why the news media has thrown in the towel (or is actively throwing the public under the bus) is nowhere to be found. It’s just more “why don’t the Democrats say something?” Well, what if they’ve been saying something, but it just doesn’t get reported? Those who are opposed to fascism need to engage alternate news sources, because no one hears us while we’re shouting into the wind.

'Please Tell Me What I Should Be Saying': Mike Lee Perfectly Sums Up...

The Republican Party has found its 2024 party platform, even if inadvertently.

Not since Anthony Scaramucci was fired a mere 10 days into his White House gig has someone fallen out of Donald Trump's favor as quickly as David McIntosh.

For five years, Tony Daunt has been one of about 100 members of the GOP's state committee, a panel that helps guide the party's decisions.

Instead of focusing on Democrats’ “myriad failures,” Daunt wrote that "feckless, cowardly party ‘leaders’ have made the election here in Michigan a test of who is the most cravenly loyal to Donald Trump and re-litigating the results of the 2020 cycle."

“Incredibly, rather than distancing themselves from this undisciplined loser, far too many Republican ‘leaders’ have decided that encouraging his delusional lies — and, even worse — cynically appeasing him despite knowing they are lies, is the easiest path to ensuring their continued hold on power, general election consequences be damned,” Daunt wrote in his email.

Trump is apparently terrified that the person who wins the Republican Senate Primary might be a (shudder) Black woman rather than the famous TV quack he already gave his stamp of approval to.

The former president has backed Mehmet Oz, and his statement against Barnette is a sign he is keeping close watch on his endorsed candidates and their prospects.

ETA: Which is not to imply that Ms. Barnette is a remotely qualified candidate. She may be an even worse human being than Dr. Oz. But as a Black woman she’s had to work even harder than the white male candidates to really distinguish herself as a loathsome election-denying MAGA bigot.

@KFILE
Kathy Barnette forcefully argued it was OK to discriminate against Muslims and compared Islam to Nazism. " She said accepting homosexuality would lead to the accepting of incest and pedophilia. She called a transgender person "deformed" and "demonic." cnn.com/2022/05/12/pol…
8 Likes
j9c May 14, 2022, 10:38pm #297

Not surprising to see them going after Kathy Barnette, because women and POC are groups the GOP usually attacks. Now 45 has endorsed Doug Mastriano for governor, even though many state GOP members think he’s the wrong choice for the general election in November.

i don’t know what “attacks” ingraham made on the dubious “dr. oz”, but i say:

oz is a shite and ingraham is a nazi.
“that’s all i have to say about that” 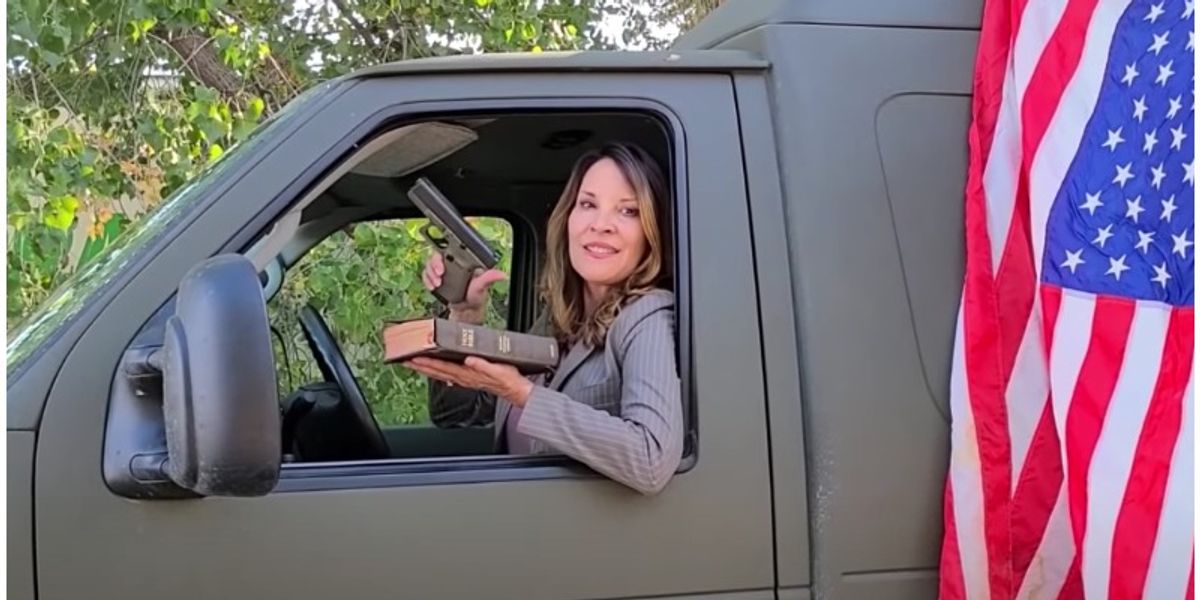 According to a report from the New York Times, the already highly conservative Idaho Republican Party is attempting to stave off an insurgency of militia members, John Birch Society members and other far-right extremists who are trying to grab the...

As the Times’ Mike Baker documents, aspiring candidates recently showed up to make their pitch at a John Birch sponsored candidates’ forum in north Idaho, where some attendees applauded when an aspiring lawmaker proposed “machine guns for everyone" and another advocated taking over federally-owned lands.

According to Baker, the battle between extremist Lt. Gov Janice McGeachin (R) and current Gov. Brad Little, who has pushed to slash taxes and ban abortions, is an example of how far the Idaho GOP could be headed.

“The bitter intraparty contest between Ms. McGeachin and Mr. Little, set to be settled in the state’s primary election on Tuesday, reflects the intensifying split that is pitting Idaho’s conventional pro-gun, anti-abortion, tax-cut conservatives against a growing group of far-right radicals who are agitating to seize control of what is already one of the most conservative corners of the Republican Party in the country,” Baker wrote, adding that Idaho has, for years become a hub of anti-government sentiments and now there is a move to take over the GOP apparatus and move the state even farther into extremism.

“Over the years, the Idaho panhandle has been home to white supremacist groups and people ready to take up arms against the U.S. government. Such groups and their allies have been particularly wary of the changing nature of Idaho’s cities, including the legions of other newcomers responding to a booming job market in Boise,” the report states. “In Idaho, where Mr. Trump won 64 percent of the vote in 2020, carrying 41 of the state’s 44 counties, many longtime Republicans fear the party’s name, identity and deep conservative values are being commandeered by the state’s fringe elements.”

“In Idaho, where Mr. Trump won 64 percent of the vote in 2020, carrying 41 of the state’s 44 counties, many longtime Republicans fear the party’s name, identity and deep conservative values are being commandeered by the state’s fringe elements.”

It sounds to me like the party has been commandeered by said fringe elements for years.